Tracy schools might drop busing for 1,200 students due to budget cuts

With an ‘irresponsible’ budget proposal from the legislature and a severe cuts from the May Revise, Tracy school buses might have seen their last ride. 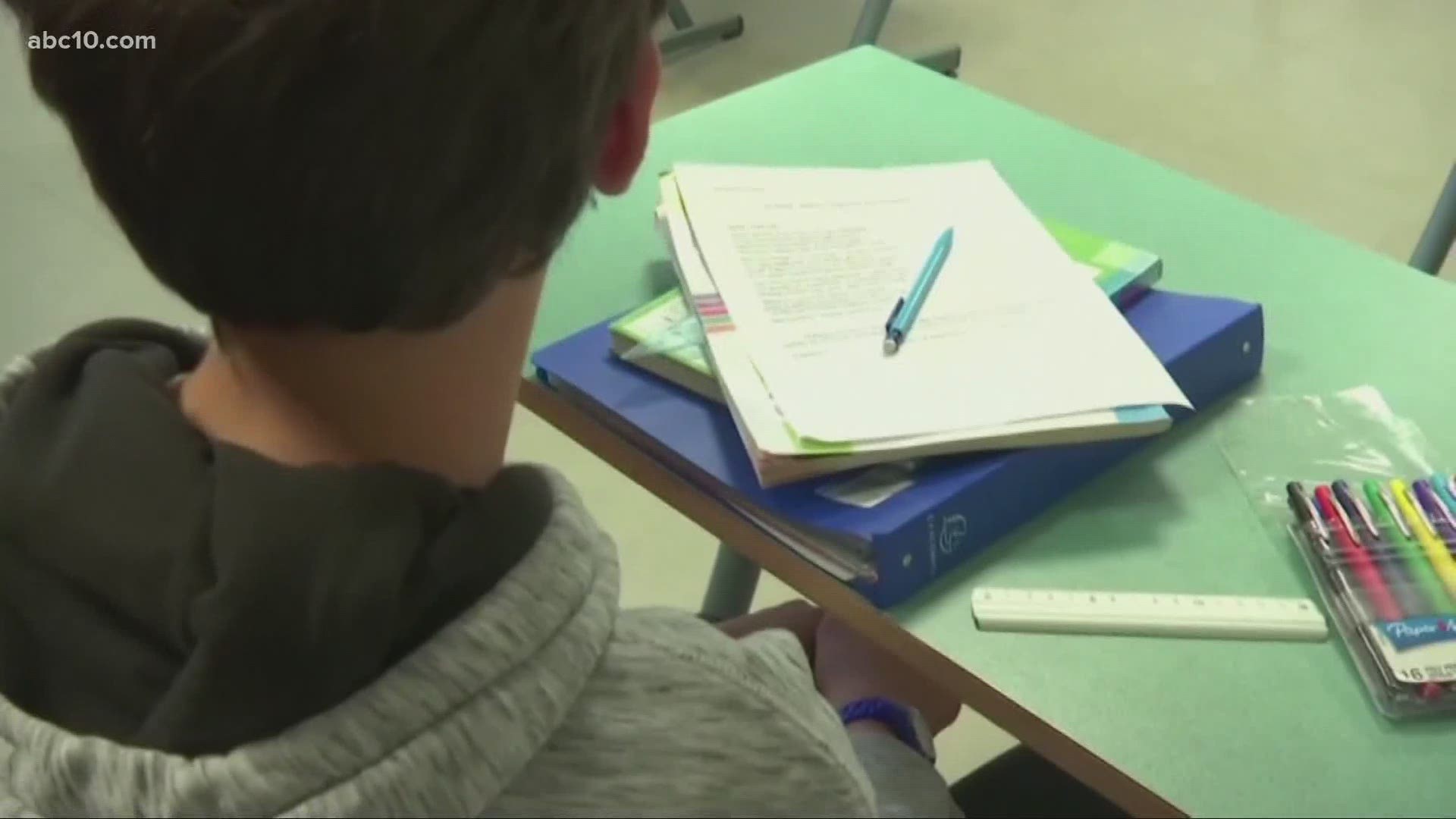 TRACY, Calif. — The last of day of school might have been the last drop-off and last ride for buses at Tracy Unified School District.

Tracy Unified is considering the elimination of all home-to-school busing for the district. That means no more bus stops, pickups or drop-offs for 1,247 students.

It’s an effort to mitigate an expected $14.2 million budget shortfall from Governor Gavin Newsom’s May Revise budget, while also dealing with the aftermath of cutting $11.7 million in recent years.

“I think Tracy is like a lot of districts,” said Superintendent Brian Stephens. “I think we’re trying to see where this budget goes. We’re trying to deal with reduced funds, which we believe are likely, and we have increased costs as we try to bring back students and staff. It’s a challenging time for schools.”

There’s no single solution to the problem but eliminating busing for students will go some way toward meeting the district’s fiscal goal. Their current plans might even let them keep some busing for students who live in rural areas, however those details are still being worked out.

RELATED: How the city of Tracy got its name in California

“If we have to do the social distancing where it’s actually six feet apart…, we would not be able to do anything like what we’re talking about,” said Casey Goodall, associate superintendent of Business Services.

Goodall says that if guidelines for social distancing remain the same, they’d have to scale back even more than they’re currently planning to do.

“You’d need so many buses and so many drivers,” Goodall said. “It just wouldn’t be physically possible.”

Recently, the California Senate and Assembly put together a budget that would avoid some of the sweeping cuts that Governor Newsom forecast in the May Revise. However, Stephens says the legislatures budget and the way they built it don't offer much solace for his district.

“Those budgets proposed by the Senate and the Assembly are really some of the most irresponsible behavior I think I’ve ever seen by elected officials, to be honest with you,” said Stephens.

RELATED: 'Not everybody is going to come back' | Big questions linger for Stockton, Modesto schools

The legislature’s budget is relying on money that doesn’t actually exist yet, or at the very least has yet to be approved. According to the Associated Press, their budget relies heavily on increased federal funding to help with the coronavirus pandemic.

“I don’t know how much we’re going to get [or] if we’re going to get anything at all, so to ask us to build a budget and to plan like we haven’t received a cut, that’s just being irresponsible. There’s no other way to describe that,” Stephens said.

When the district adopts a budget by June 23, Stephen says it’ll be one based on the governor’s May Revise. Eliminating busing will save them around $1.8 million, according to Goodall, but it’s only one part of the fiscal puzzle.

Officials are also working on plans for layoffs to meet the cuts.

RELATED: 'Wait and see' | Why city budgets across California have never been more uncertain

“That’s a big issue for us. We have some great employees,” Stephens said. “We don’t want to lose any of our employees, but by the same token, we have an obligation to be fiscally sound.”

The budget will change some of the experience at Tracy Unified.

“No decision has been finalized yet, but I believe we’re going to reopen with students in school,” said Stephens. “We’re going to have less staff, and some of the things we going to have to do is going to cost more money at time when we’re making huge budget cuts.”

If federal money does come in, then the district will look into bringing back some of the cut programs and laid off employees.

As far as instruction for the fall, Stephens says there could be an independent study option for parents who don’t want their kids returning to school at all.