No one was able to say for sure what happened that caused the sign to read that way. 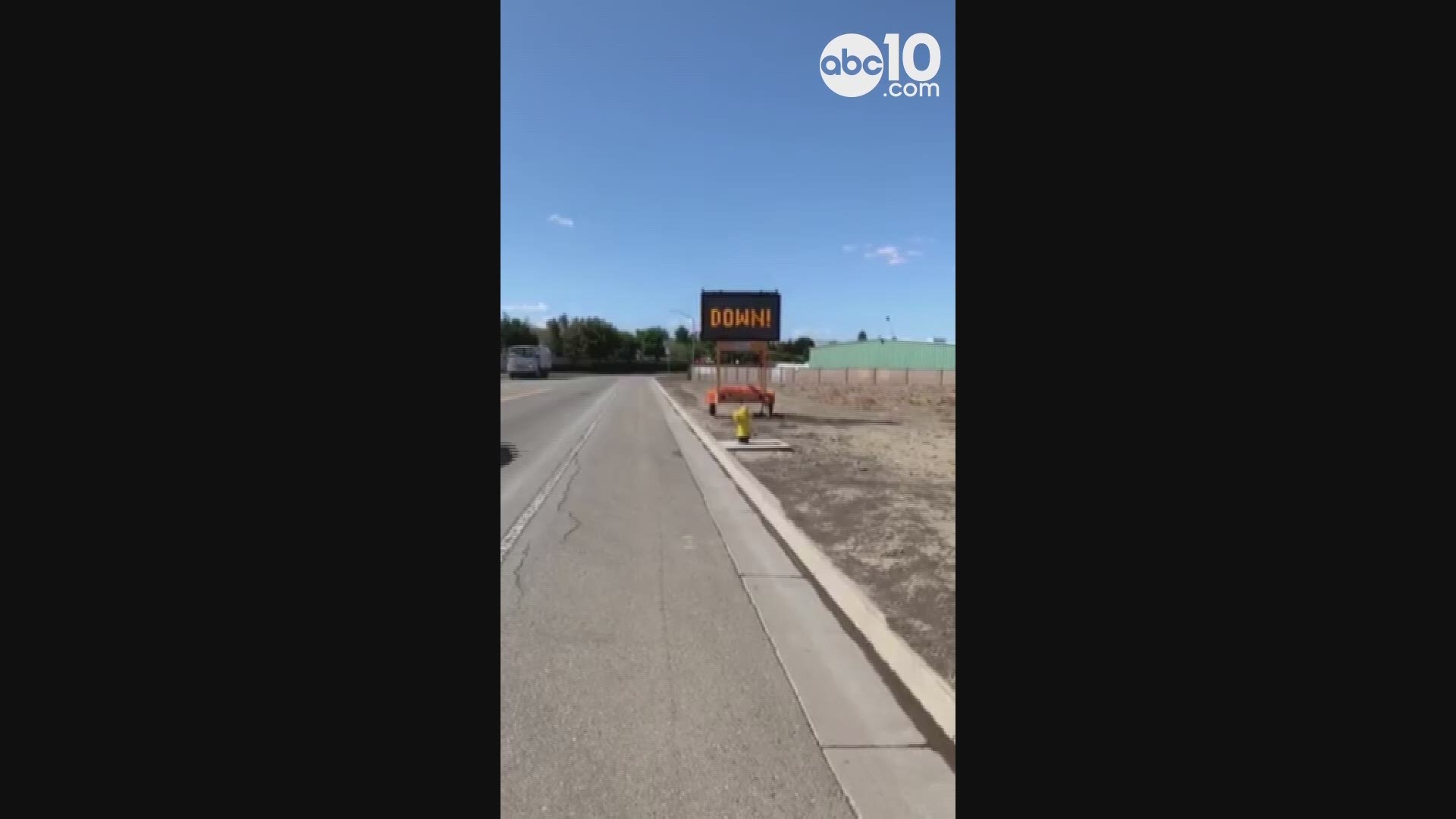 TRACY, Calif. — A traffic sign in Tracy caught more attention than usual as it flashed at drivers telling them to “Slow the F**k Down."

Leon Swalis, the Senior Vice President for Lewis Management Corp. overseeing the construction, said this is the first incident of its kind that he’s had to deal with, even with more than 50 years in the business.

Lewis Apartment Communities, a private construction company, was working on development called Harvest in Tracy, a 304-unit multi-family project between Toste Road and Henley Parkway. The sign, a traffic calming measure, was owned by a third party.

Swalis told ABC10 in a phone interview that neither the company or the construction company know exactly what happened to the sign that caused it to display the message. However, he was told it was only displayed for about 20 minutes.

RELATED: Answering your questions about the Tracy Aquatic Park

“Safety on our job sites is of the utmost concern to our company,” Swalis said in a statement emailed to ABC10.  “We engaged a third-party independent contractor to provide a warning message in order to try to calm traffic that appeared to be exceeding posted speed limits. We are very distressed to learn of the message that was posted, have removed the offensive language, and have taken appropriate action in dealing with the third party.  We certainly offer our sincere apologies to anyone who may have been offended by the message.”

Swalis said no police report was filed and the issue was handled with internally.

RELATED: How the city of Tracy got its name in California