CHP: ATV driver from Merced County killed after crashing into market in Turlock

Though ambulances brought the driver to Doctors Medical Center, he was pronounced dead at the hospital.

TURLOCK, Calif — A man is dead after he crashed his ATV into a Turlock market, according to CHP.

According to a press release from CHP, around 4 p.m. Monday, Nov. 30, the man, 41, was driving north on First Street near H Street at a "high rate of speed." He was on an all-terrain vehicle, or ATV, when he crashed into the wall of a market.

Though ambulances brought the driver to Doctors Medical Center, he was pronounced dead at the hospital. CHP has not identified the victim, except to say he was from Delhi, Calif.

CHP said it is unknown if drugs or alcohol were involved in the accident, though the agency did say that the driver was not wearing a Department of Transportation (DOT) approved helmet.

No other information is known at this time, and the name of the deceased will not be released until next of kin have been notified.

The Stearns family of Stockton 99 Racing, the Women's Center Youth and Family Services, and even the Grinch are at the food spot to help. 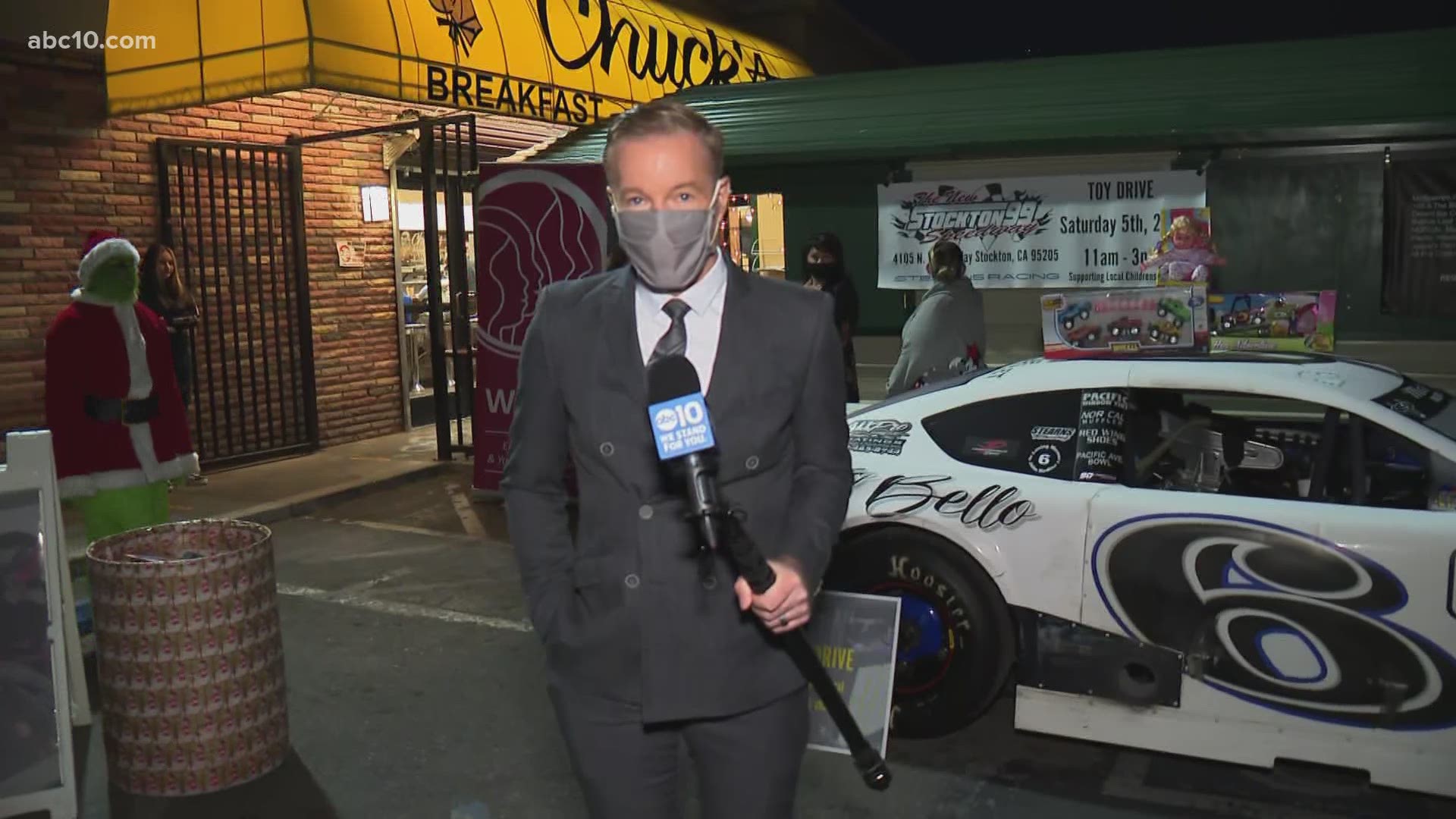