Back in July, the actor paid a visit to the Stanislaus County Fair in Turlock for his new show, The World According to Jeff Goldblum. 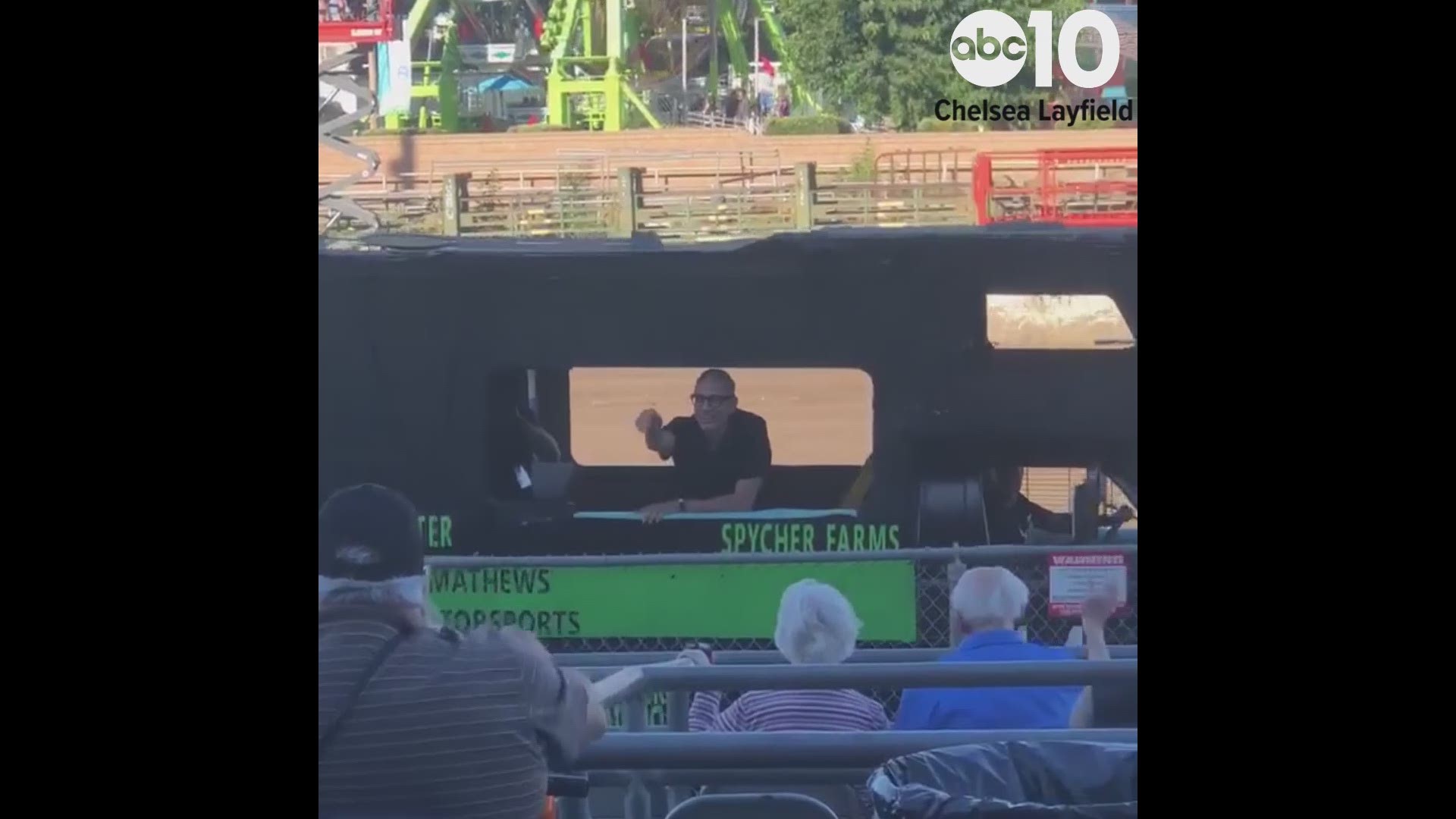 TURLOCK, Calif. — Back in July, Jeff Goldblum surprised everyone at the Stanislaus County Fair when he dropped in to film something for a new show.

The actor known for his roles in Thor: Ragnarok, Jurassic Park, and Independence Day chose to feature the fair's Destruction Derby Motorhome event in his show, The World According to Jeff Goldblum.

The show is a 12-part series following the actor as he "embarks on a journey across the globe to uncover the extraordinary stories behind the world's most ordinary things." He covers topics ranging from video games to ice cream and sneakers.

Streaming for the show started in November, but, the episode highlighting Turlock and the fair, "RVs", has yet to debut. It's currently set to premiere on Disney+ Friday Dec. 27.

RELATED: Disney+ | 5 things to know about the latest streaming service

“We were thrilled to host Jeff Goldblum and the National Geographic production team at our Fairgrounds for the 2019 Fair,” Adrenna Alkhas, spokesperson for the Stanislaus County Fair, said. “It is always an honor to show the pride of our fair, our history, and our community on a national level.”

Goldblum and his team were at the fairground for a full day of shooting during the derby, according to Alkhas. The Turlock Lions Club, promoter of the Derby events at the fair, even gave Goldblum motorhomes to ride in.

This isn't the first time the fair or Turlock has hit television screens. The fair highlighted on Food Network's Carnival Eats in 2014 and was a filming site for Corbin Bernsen's "Christian Mingle".