Turlock Police officials would not say which company the man worked for but insisted that he was not committing any crimes. 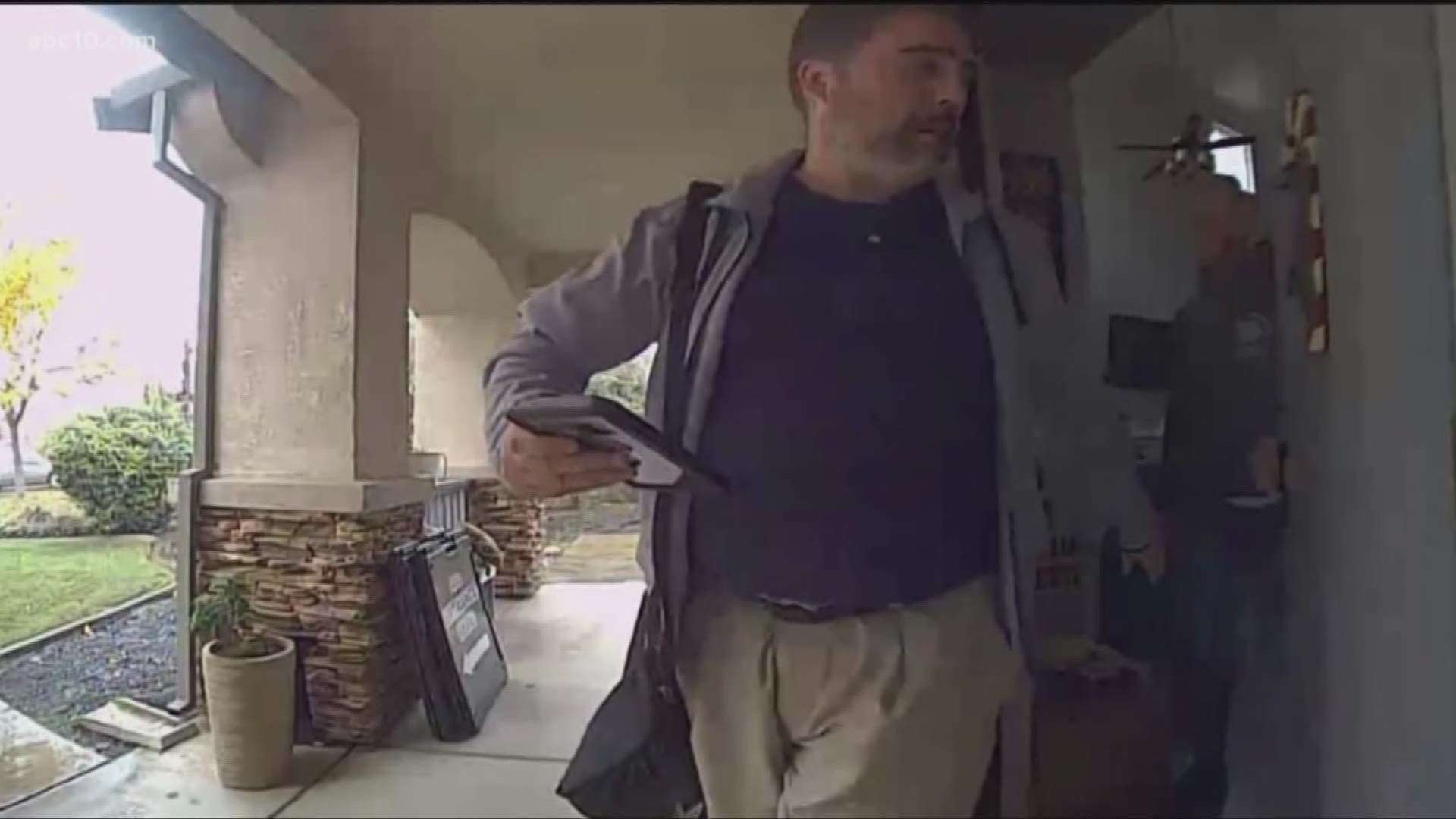 TURLOCK, Calif. — The man who Turlock neighbors said was going door-to-door to homes last week asking for parents for samples of their children’s DNA is not doing anything illegal and is representing a legitimate business that deals with child safety kits, police confirmed.

According to Turlock Police Sergeant Michael Parmley, the man was going to specific homes in Turlock after getting word-of-mouth referrals and online requests for free child DNA kits. However, Parmley said the man did not properly relay that to residents.

“The involved adult male was passing out child DNA kits, which would be retained by the family, in the event it was ever needed for future investigations,” Parmley explained in a statement. “He was not asking to retain the child DNA kits himself.”

According to SafeWise.com, child safety kits record children’s height, weight, blood type, eye color, fingerprints and DNA. In the event a child goes missing, parents can give that kit to law enforcement to help them with their search.

Lauren Hassett, who was approached by the unidentified man Dec. 4, told ABC10 that he allegedly told her he was with AMBER Alert and wanted strands of her daughter’s hair and her fingerprints.

"The more he kept talking, the more it kept getting weirder and weirder" Hassett told ABC10 on Monday. "He did ask if my daughter was home. He asked if I had a spouse home."

Parmley would not say which company the man worked for but insisted that he was not committing any crimes.

The National Center for Missing and Exploited Children often partner with local law enforcement agencies at specific events like National Night Out to provide parents with these kits for free. However, the organization has a clear warning on its website to never submit your child's information to an unverified organization.

And nowhere on the website does it say employees will go door-to-door. “Something that you should be at a hospital for, a school site, police station, not something at your house, by your back gate,” the website reads.

The only legit organization that will come to your home that we could find is the McGruff Safe Kit, which is licensed by the National Crime Prevention Council. But in that scenario, someone comes out only after a parent has ordered one online, received a confirmation email and scheduled an appointment.

“Residents should continue to exercise caution when unknown individuals come their residence,” Parmley said. “Do not allow people you are unfamiliar with into your homes. Contact police immediately if you suspect any suspicious activity.