One parent told ABC10 that the same man who hit one Turlock neighborhood last week, hit her neighborhood on the other side of town over the weekend. 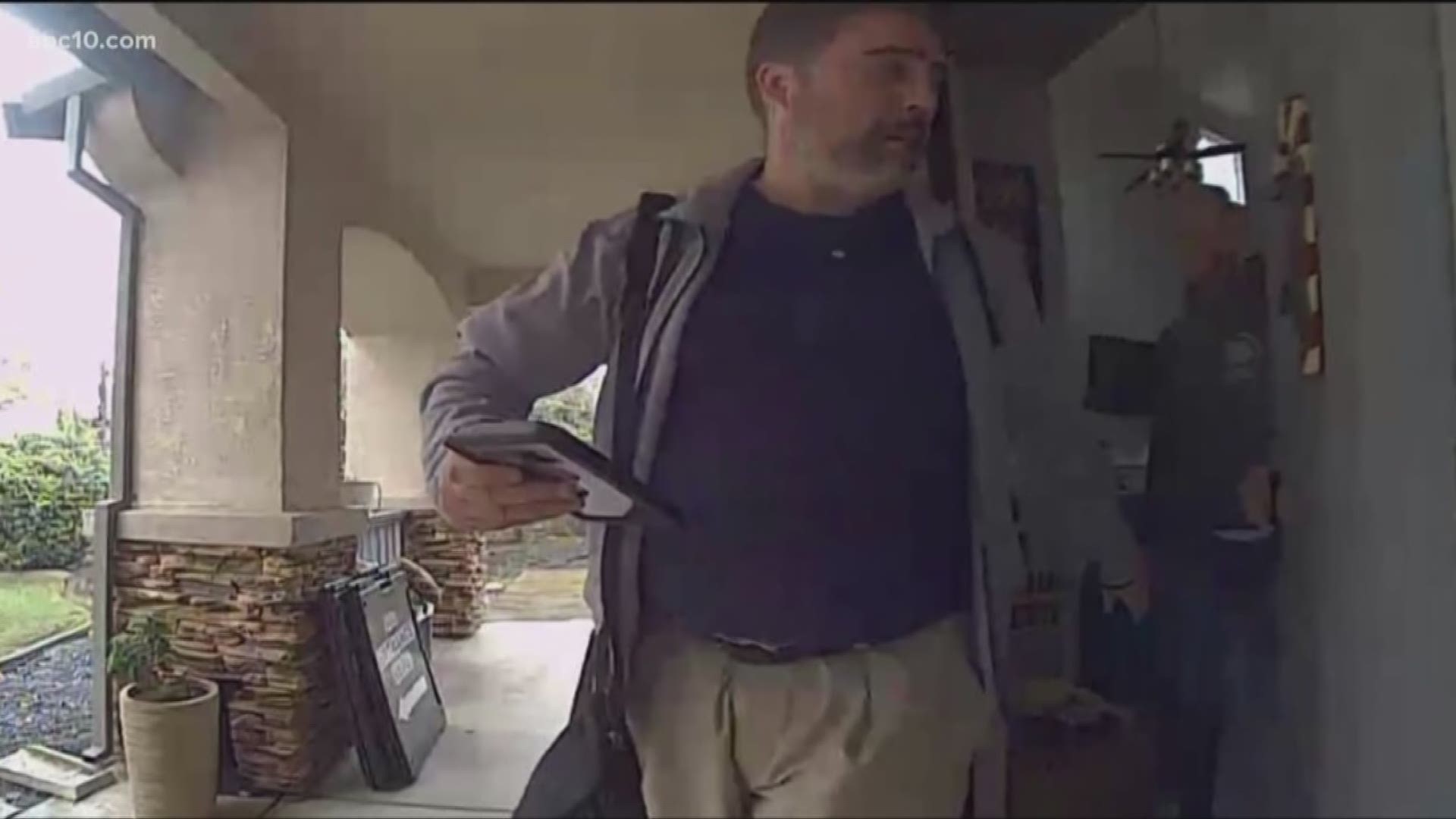 TURLOCK, Calif. — EDITOR'S NOTE: According to Turlock Police Sergeant Michael Parmley, the man was going to specific homes in Turlock after getting word-of-mouth referrals and online requests for free child DNA kits. Turlock Police officials would not say which company the man worked for but insisted that he was not committing any crimes.

Lauren Hassett knew something was wrong the moment she was approached by a stranger that didn't even bother knocking on her front door.

The Turlock mother told ABC10 that she was coming out of her house and into her garage when she spotted a man standing there, waiting.

"He said he was with AMBER Alert, and he wanted to finish up a DNA file so he wanted fingerprints," Hassett recalled. "And he specifically asked for five strands of [my daughter's] hair."

Without having a badge to show, or any other information, Hassett said the man went on to ask for her 13-year-old daughter by her online nickname.

"The more he kept talking, the more it kept getting weirder and weirder" Hassett said. "He did ask if my daughter was home. He asked if I had a spouse home."

Michelle, the second mother from Turlock who was approached by the unidentified man, told ABC10 said the man approached her husband who working in the garage with a slightly different story. (Michelle asked ABC10 not to use her last name for fear of retribution.)

Michelle explained to ABC10 that the man asked her told her husband that he was their to speak to their daughter about a "child protection kit." She said her 18-year-old daughter doesn't even have kids yet, but she is pregnant.

Michelle said her husband walked the man to their front door and welcomed him into their house as he asked for Michelle's help, where she promptly told him to leave.

"[I'm] pretty paranoid," Michelle said. "I'm definitely keeping the firearms within arms length and making sure my kids, when they go and come, someone is watching them walk out and watching them come in."

Hassett said the man caught in Michelle's home surveillance photos was definitely the man that approached her a few days before and both parents said he was driving a dark grey Nissan Altima.

The Turlock Police Department say they have seen two cases of this so far, and they do believe it is some type of scam. At this point, however, they say they have not spoken to the unidentified man.

Police are urging neighbors in Turlock to be cautious of any unknown people that show up to their homes, and do not let them inside. Instead, ask for their identification or business card, and immediately call the police at (209) 668-1200.

"I was like, this is our chance, that means he's still here — he's still out there," Hassett said. "We've really got to come together as a community and find him so we can get some answers."

If you have any information about the man seen in these photos, you are also asked to call police right away. You can remain anonymous by calling Crime Stoppers at (209) 521-4636. You may be eligible for a cash reward.