Sgt. Cesar Fuentes was headed home after his shift. That's when a pick-up truck parked on the shoulder suddenly made a u-turn right in front of his motorcycle. 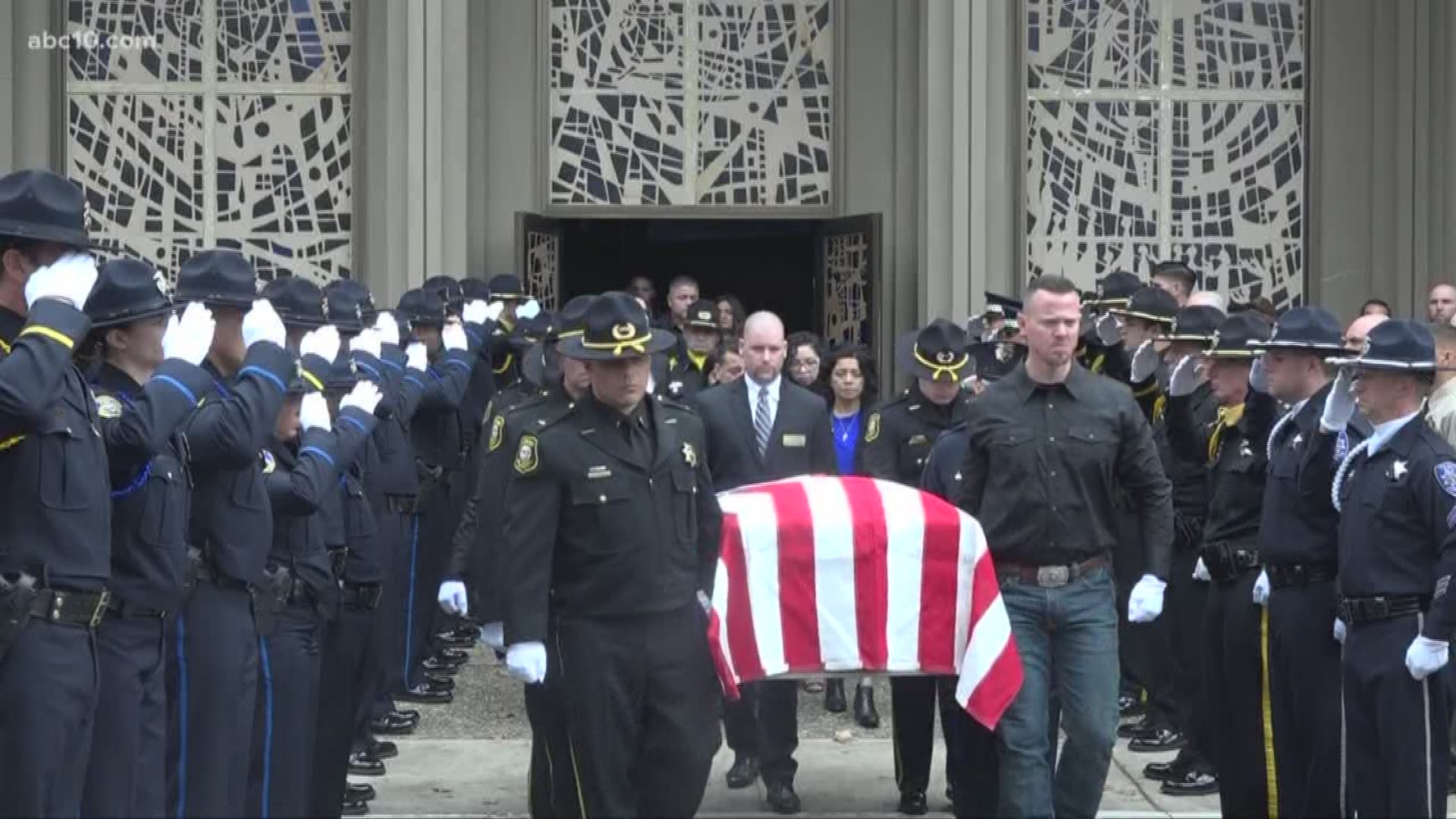 Fuentes, 32, was killed Jan. 12 when he was headed home after work and crashed into a pick-up truck in French Camp. Ten days later, Fuentes was buried in the same Turlock community in which he was born.

"He was just a phenomenal person," said Fuentes' sister, Marlene Larios. "He was very funny — little tornado. And he's always wanted to serve since I can remember."

Fuentes spent much of his life doing just that — serving his country and community. After graduating from Livingston High School in Turlock, Fuentes served 12 years in the U.S. Marine Corps Reserve, and did tours of duty in Iraq, Kuwait and Afghanistan.

Daniel De Lashmutt was a close friend of Fuentes’ who served alongside him in both the marines and in the San Joaquin County Sheriff's Office.

"In the Marine Corps, he loved it. Just being a service member doing his duty," De Lashmutt said. "…He just had a big heart and felt that was his calling."

He had just finished his shift and was headed home. That's when a pick-up truck parked on the shoulder suddenly made a u-turn right in front of his motorcycle, officials said.

The six-year veteran of the sheriff’s office was rushed to the hospital where he later died.

RELATED: The Recruits: A look at life on the streets for a new cop

"We surely appreciate all the support from the local law enforcement agencies to be here and share this time with us and celebrate this good man's life," said San Joaquin County Sheriff Pat Withrow.

The flag that draped Fuentes' coffin had special meaning; it was used to cover the caskets of other military service members who lost their lives when sent home from service in the Middle East.

Now, that flag covers his casket.

"Always had the intention to do something special with it," De Lashmutt said. "And, it wasn't until I got the call from another deputy saying that we needed a flag for Cesar — I knew immediately that flag had to be draped over him," added De Lashmutt.

The California Highway Patrol is still investigating the accident that took Fuentes' life. The 60-year-old man who drove the pick-up truck that collided with Fuentes was not hurt.