Abbie Milligan is a teenager living with Down Syndrome who has been competing – and winning – in FFA and 4H competitions since the age of 5. 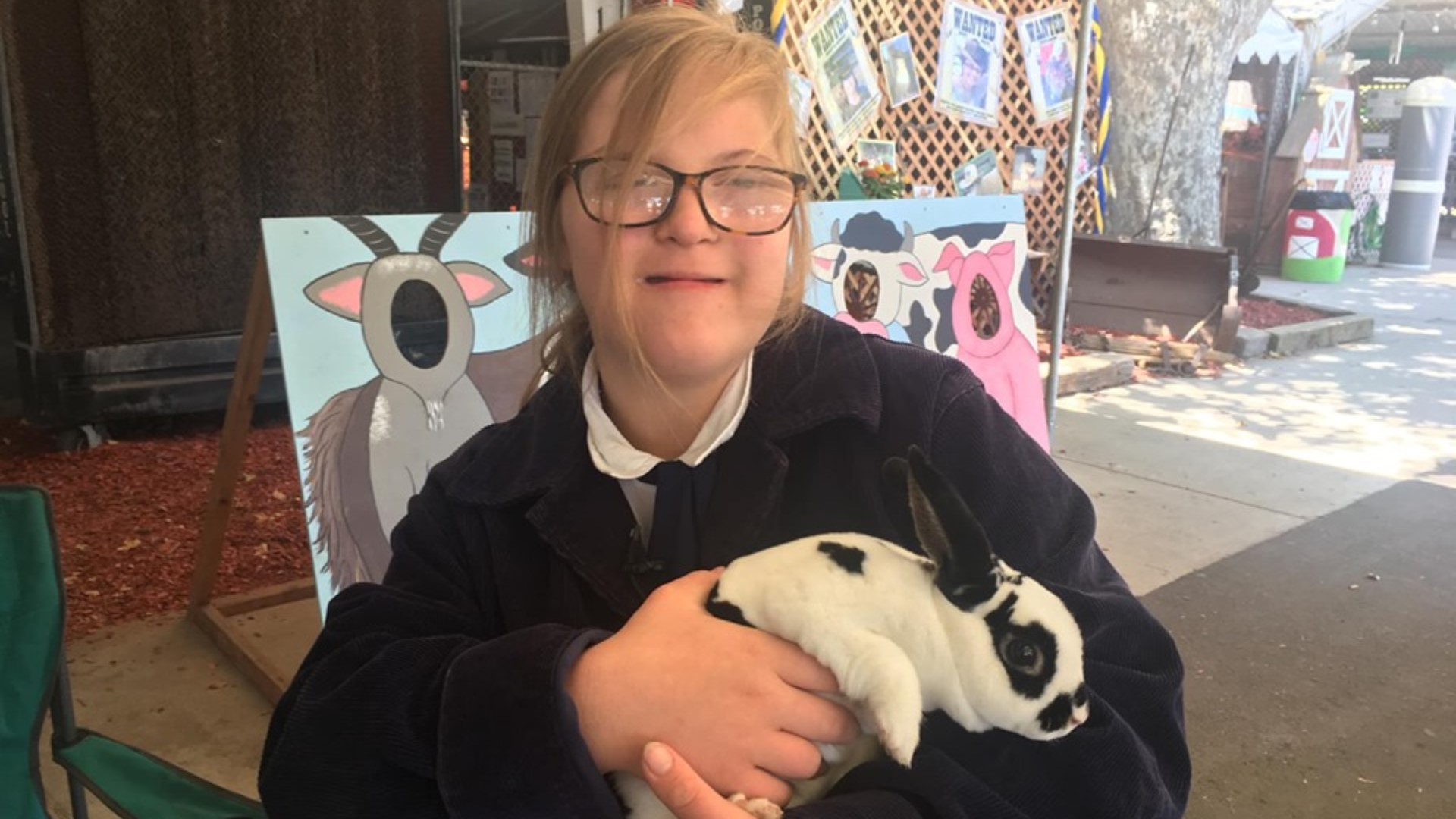 “I like to show animals. I usually win ribbons,” said Milligan.

Milligan is a teenager living with Down Syndrome who has been competing – and winning – in these competitions since the age of 5. She’s currently competing in the 4H and FFA competition.

“It’s gotten her to come out of herself and be more outgoing,” said Rebecca Milligan, Abbie Milligan’s mother.

Credit: ABC10KXTV
15-year-old Abbie Milligan is a superstar of showmanship at the Stanislaus County Fair.

Abbie Milligan has earned first place honors in master showmanship at the Stanislaus County Fair with her guinea pigs and even a first and sixth place finish with her Mini Rex Rabbits, one of which she's named "Mr. Snugglemuffin."

Those who know her say that she’s amazing with showmanship, and, while she lives with Down Syndrome, it has in no way stopped her drive to compete and win.

Even if her current focus might be showing off Glitter, her Brown Swiss Calf, at the California State Fair, she has her eyes set on a future at Fresno State University.

“Abby has told us her goal is [that] she wants to go to Fresno State," her mother said. "They have a program called the Wayfinders, and she wants to be independent.”

Until that time, Abbie Milligan told ABC10 that she hopes to be inspiration for others to do good around the world and respect animals.