After months of work and $80,000 worth of renovations, Esmeralda Gutierrez learned there's a chance that a homeless storage facility could be moving in next door. 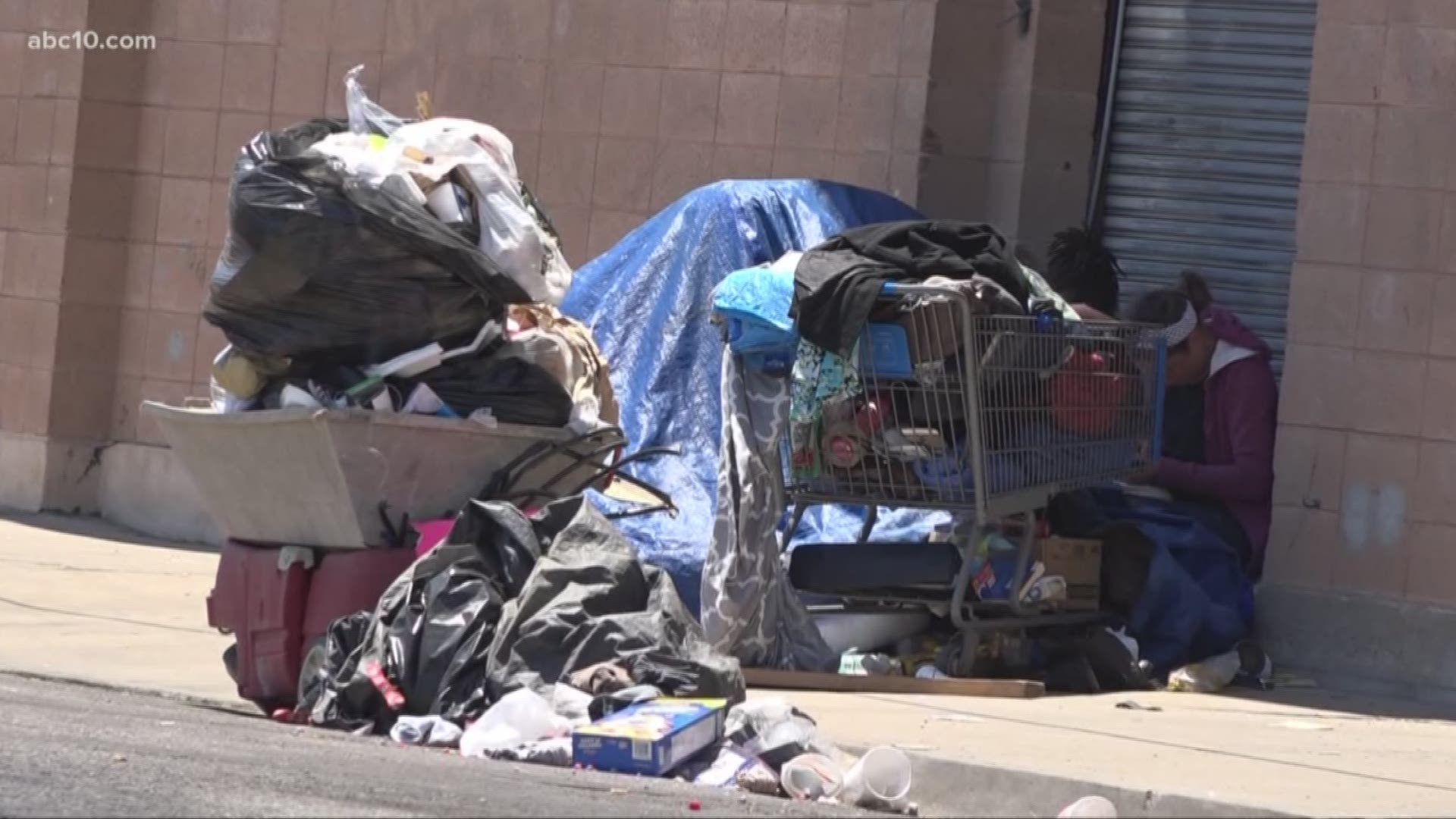 TURLOCK, Calif. — Esmeralda Gutierrez and her family invested nearly $80,000 to open a new restaurant in downtown Turlock, but city council-approved plan for a new possible storage location for homeless residents has them nervous.

The city council-approved plan, modeled after Orange County, would create a place for the homeless to put their carts and other belongings during the day. The city does not have an address attached to the plan, but they have looked at one city-owned property off First Street in the downtown area.

"It was a huge surprise for us," Gutierrez explained to ABC10. The owner of GG's Taqueria said her family has spent the past year renovating a building on First Street with their savings, preparing to open their new business in January.

Maryn Pitt, the assistant to the City Manager for Economic Development and Housing which would oversee this project, said the storage facility would reduce the number of shopping carts, strollers and and tarp-covered wagons around town.

The idea is that by allowing homeless residents a safe place to put their belongings, they’d be able to get access to services without fear of having everything taken away or stolen.

At least 1,920 people in Stansilaus County are homeless, according to the most recent Point-in-Time count, which attempts every two years to see how many homeless residents live in any given area. Nearly the 250 of those are in Turlock, the report showed.

"It makes it really difficult for people to access services, rehab, job interviews, anything where they don't feel that their belongings will end up being gone when they come back," Pitt said.

The city said the storage facility would only be open for a few hours in the morning and a few in the evening.

But Gutierrez and at least one other business owner worries their street would become a hangout area, bringing with it health and safety issues that would hurt business.

"If they were to open it up for storage, it would be a repellent — 100%,” Gutierrez said. “I don't think anybody would want to come to our business to even check it out. I think they would be afraid.”

"It was very hard to recover from that," she said. Gutierrez added that they’ve spent nearly $80,000 on renovations and have tried to not use loans.

Now, a little more than a month before opening their new business in a new location, the Turlock Downtown Property Owners Association told them the city is eyeing a building two doors down as the location for a storage facility for those experiencing homelessness.

Ramon Lopez, whose brother has owned the family-owned La Cantina restaurant for more than three decades and would share a wall with the proposed facility, agreed with Gutierrez.

The downtown property owner’s association held a special meeting about the city’s plan on Monday afternoon. Board members said they support the idea of the facility, but believe it does not make sense to have it near the downtown corridor.

Pitt said the city will work with the association and no plans to open a storage facility are set in stone.

"We've made the commitment to work with the downtown association who, in the meeting yesterday, gave me the idea that they were OK with the idea of the storage thing,” Pitt explained, “they just still had concerns about location and we've committed to working with them to find an appropriate location.”

Pitt says the location they come up with will go back to city council for final approval before they move forward with the plan.