Janelle Linn says the Turlock Flea Market is the last flea market to re-open in the county. It's a move that marks a small return to normalcy in the community. 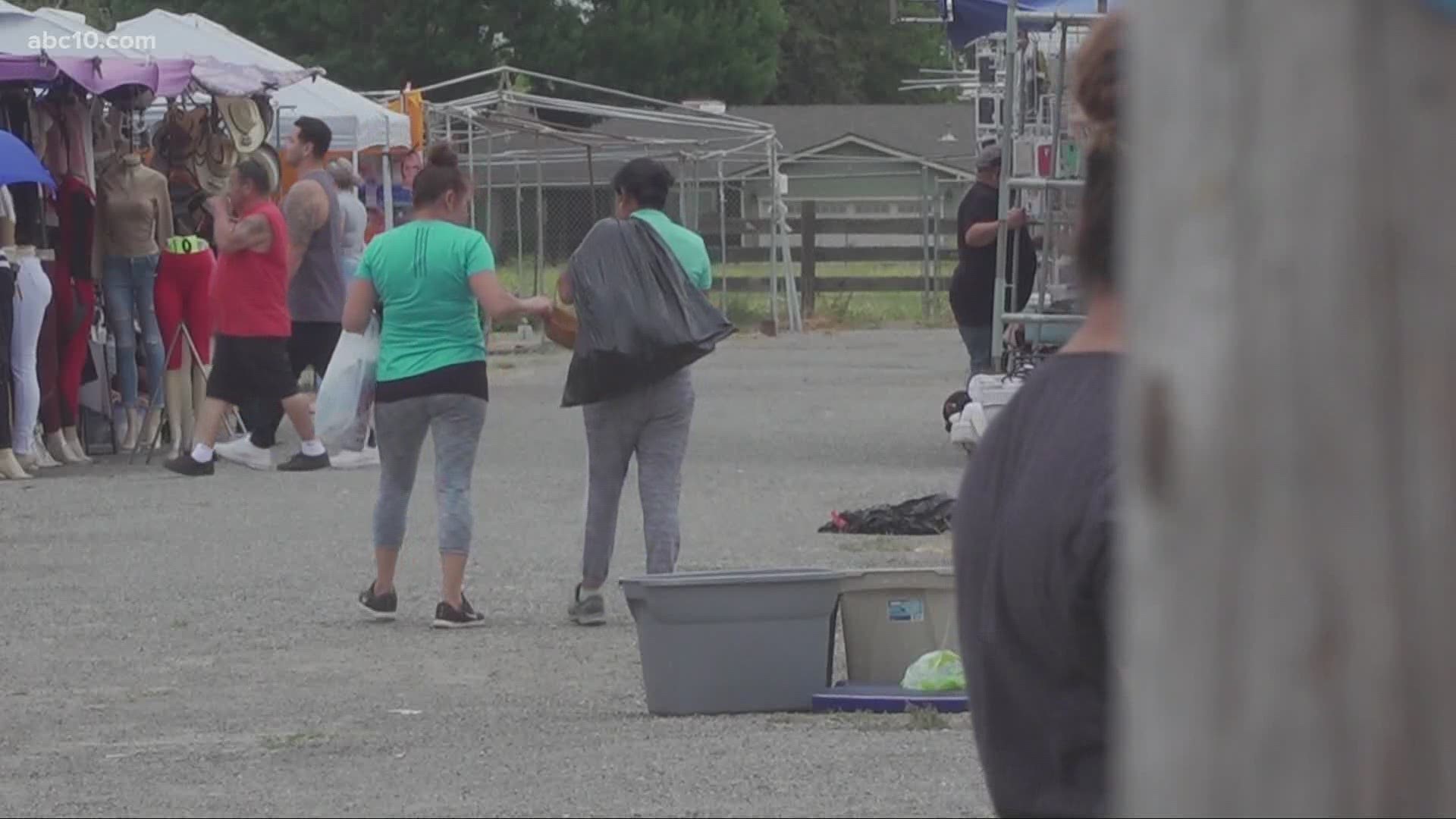 TURLOCK, Calif. — After being closed for six weeks, the Turlock Flea Market is joining other markets in the county by reopening their doors.

Back in March, the market, which has been going since the '30s, closed for the first time since World War 2, according to David Linn, manager for the market.

"The why is pretty self-explanatory," said Linn, referring to the coronavirus pandemic.

While the market was categorized as a farmers market and didn't have to close, Linn said it came down to the cons outweighing the pros. They didn't want big crowds at their market to be a source of spread for the virus.

While markets in Turlock and Modesto closed, El Rematito Flea Market in Crows Landing, not far from Modesto, tried to push onward for a couple of weeks.

Citalic Marquez, secretary for the market, says those weeks saw less people due to both weather and the pandemic.

"We just decided it's for the best for everybody to close down for a while," Marquez said.

According to Janette Linn, David Linn's wife and co-manager, the Turlock Flea Market was one of the first to close and, by her observation, is the last in the county to reopen.

While the market itself managed during the closure, David Linn’s primary concern was for the vendors. He says the weather would’ve been great for crowds, and crowds generally mean more business for their vendors.

"This was the worst time of year for us to be closed, especially when all the six weeks were perfect weather," David Linn said.

The closure was a shocker for long time vendors at the market like Carolyn Rege. She's been selling antiques and other collectibles at the flea market for the past 10 years, even carving out a her own spot at the market over the years.

Rege says selling at the market is a hobby for her, but it’s one spurred on by a driving passion.

"When you don't do what we do, you have no idea — no clue what it's like. It’s an addiction for all of us. We can’t stop buying, and we always got to be looking," said Rege.

With the market announcing its return, Rege is happy to be coming back to her old spot with all the goods she has stored in the past few weeks.

The Turlock market is following the lead of other markets in the area like the Modesto flea market and El Rematito who recently reopened.

El Rematito opened earlier this month, but it was a limited opening with reduced vendors that mostly sold produce and other essential items.

Despite the modifications, it brought a sense of normalcy back to the area, which due to the coronavirus pandemic has been in short supply.

"It feels good. It is a little scary. Some people don't take it as serious, but it feels good to get out," Marquez said.

In the interim, the market spent time applying for Payment Protection Plan loans to rehire staff that they had to lay off. Some have already been rehired in anticipation of an approval.

Following El Rematito's lead, the Turlock market will make its return on Tuesday.

"I'm sure everybody's eager to go back to work, and we're in the same boat. We're definitely happy to be able to get back to opening our business and having a little bit of normalcy," David Linn said.

The message from both markets is clear, be respectful and don't come to the market if you're sick.

"We hope everybody understands our decision," David Linn said. "We don’t expect too much of a blowback, but we’re on 20 acres and we’re outdoors so it should be pretty easy to maintain social distancing and respect everybody else. And ,if you don’t feel comfortable please stay sheltered-in-place.”