"No crime has been confirmed," the district said in a statement online. "Students are encouraged to complete their school day." 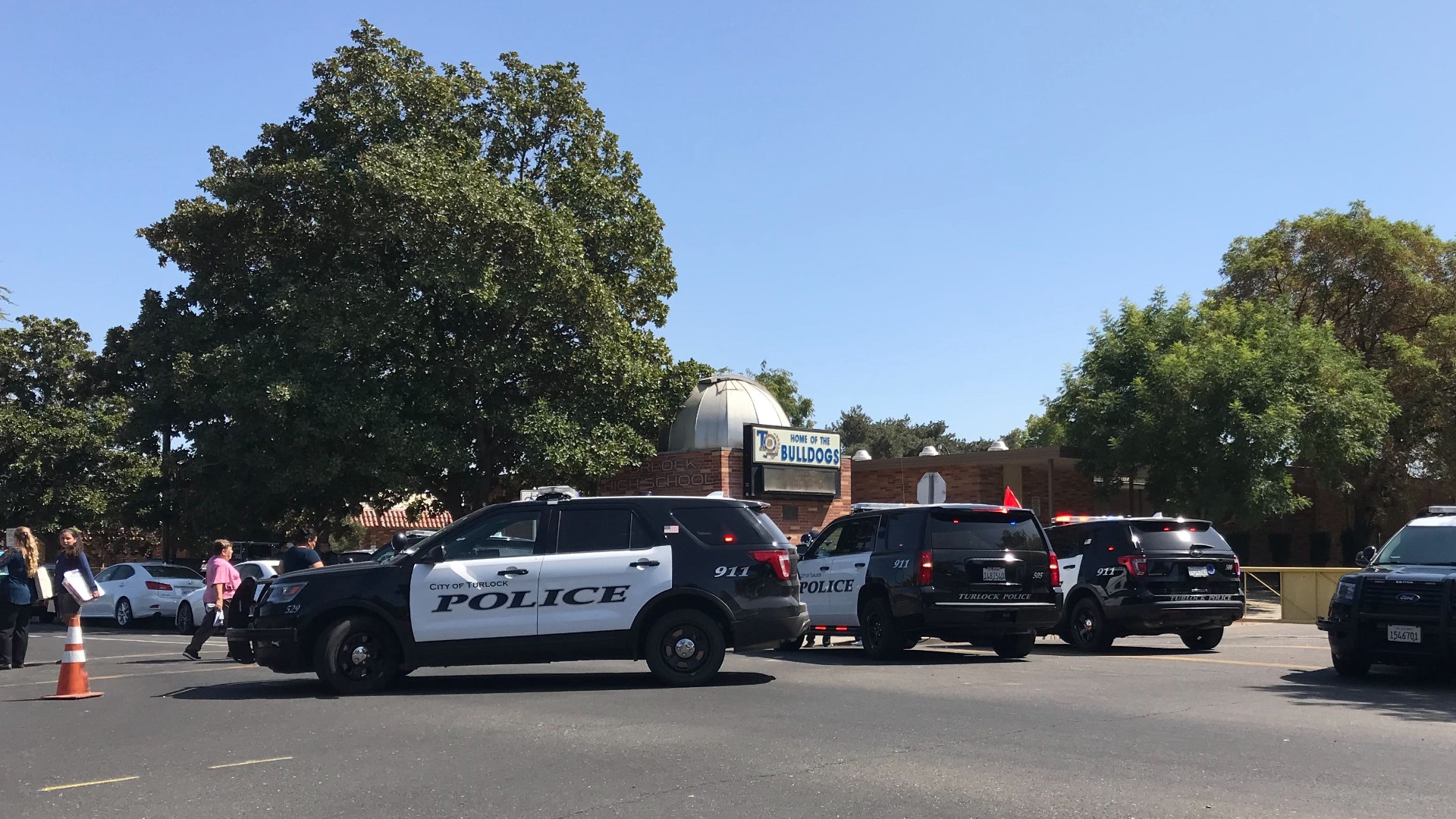 TURLOCK, Calif. — The lockdown of five Turlock schools is over, according to the Turlock Unified School District.

All five schools — Dutcher Middle School, eCademy Charter at Crane School, Julien Elementary School, On Track and Turlock High School, were on lockdown as officials investigated a threat at one of the schools, the district said.

The call about gunshots came in around 12:30 p.m. Tuesday, according to Sgt. Russ Holeman with the Turlock Police Department. Holeman said the lockdown was lifted by 2 p.m.

"No crime has been confirmed," the district said in a statement online. "Students are encouraged to complete their school day."

Students and parents leaving Turlock High School were still very shaken up after teens had to shelter in place for about an hour and a half, not knowing if there was actually a shooter on campus or not.

“I was sitting there and I was like, I could die today, like, I don’t know what’s going to happen, if I’m going to make it home or not. I don’t know if i’m going to see my parents or anything like that," Marco Cardenas, a junior at Turlock High School said.

Cardenas was supposed to be eating lunch when the lockdown started.

“We went into the back of the kitchen and we started crying because we didn’t know if we were going to die, or what was going on. We were trying to get a hold of everyone. Everyone was trying to call their parents but none of us had any service or anything and we were just all freaking out," he said.

Cardenas sheltered in place for an hour and a half in the cafeteria’s kitchen.

“Me and my friend were holding onto each other crying. We didn’t know what was going to happen, we were just a mess," he said.

“We’re all lucky that we’re alive right now, It was a false alarm," said Jennifer Ramirez, a senior at Turlock High School.

Other students called their family members from inside of the school, fearing the worst-case scenario.

“We’re too young to die. We have so much future ahead of us. It’s not fair that our lives have to be taken away from us," Ramirez said.

Police told ABC10 they believe someone got on a school radio used by administrators and reported shots fired in the area, causing all available police officers in the city of Turlock to respond and help clear the schools in the area.

“It’s a very large campus, so it did take some time but we did not locate any victims of any type of crime, no one claimed to be injured," said Holeman.

“It makes me cry, at least I know [my kids] are safe," said Lourves Alvarez, who has three kids at Turlock High School.

At pickup time, Alvarez told ABC10 she was breathing a big sigh of relief knowing her kids and all of their classmates get to go home safe.

“I feel relief. I just thank God that everybody’s OK and I get to see my kids," she said.

Police are still looking into who made that call of shots fired in the first place but they say at this time, it is a strong possibility that it was all just a prank and they plan to pursue charges against the person responsible.

Five schools in the Turlock Unified School District and two administrative offices are on lockdown after police reported gunshots near Turlock High School.

The District office and Special Education office are also on lockdown. Police are going through each school to confirm everyone is safe. Holeman said there is currently no evidence of a shooting nor has a shooter been found.

Police are asking parents, family and friends not to respond or call the schools until everything is resolved.

Students who see or hear anything they find threatening can submit a tip through the school district's Safety Tip Line.