‘The David in the David & Goliath match’ | Turlock nonprofit in nail-biting race for $100,000 grant

The self-touted underdog has a real chance to take home $100,000 for the Westside Food Literacy program if they can get the votes. 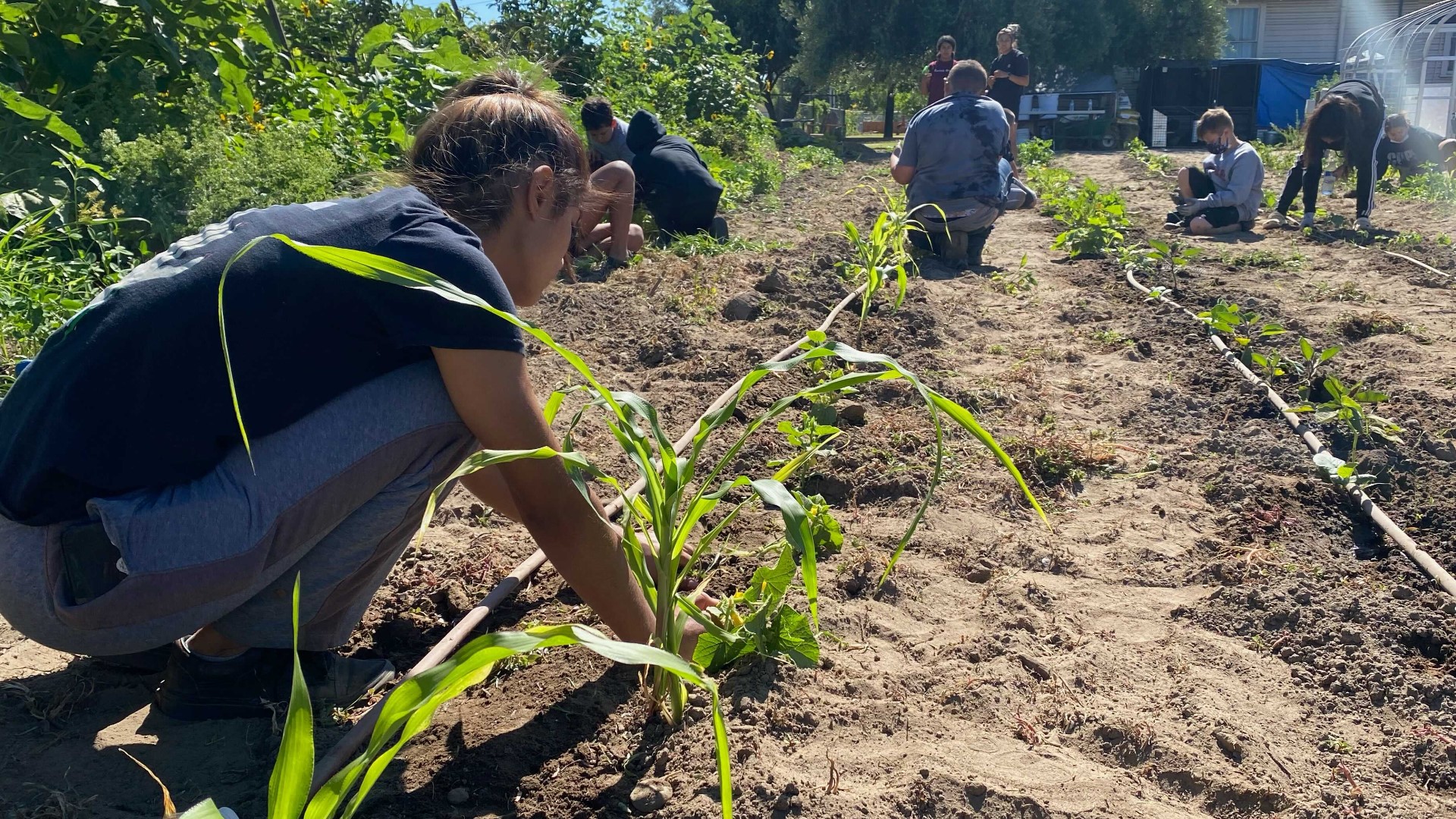 TURLOCK, Calif. — A nonprofit children’s ministry in Turlock is throwing down with some heavyweight contenders in a race for a $100,000 grant.

To be specific, that match is a contest from Kubtoa Tractor Corporation. It’s a national contest that’s part of the company’s Hometown Proud Grant Program. The winner in the contest is decided by votes. They chose five organizations, and Westside Ministries has a real chance of taking the top spot and taking home $100,000 for the Westside Food Literacy Program.

“Here we are. We’re nobody. We’re just this little podunk thing, so the fact that our community would rally around, just embrace the pride and just do it (vote) is just insane,” said DiGrazia.

The self-touted underdogs in the contest said they applied a day before the application period closed, figuring “why not?” The project they hope will lead them to the finish line is the Westside Food Literacy Program.

Sunshine Sakuda, youth and communications coordinator, said the program thrives on permaculture gardening. The kids have animals that they raise for the fair and that provide manure and fertilizer for the campus gardens. They grow turnips, watermelons, 20 types of flowers, 20 types of tomatoes, five kinds of eggplant, and even 40 types of peppers.

“It is their garden. They come, they put in the work, they plant everything, (and) they harvest everything. This was the program we wanted to focus on as we were applying for the Kubota grant,” Sakuda said.

DiGrazia said this garden is where the magic happens for the kids. It’s where kids that have had rough upbringings or have been underserved in their neighborhoods can learn to feed themselves, learn new skills, learn how to cook and work with children – all through the garden.

Sakuda said the money would go toward maintenance and tools that they need to maintain their on-site and off-campus gardens. One of those tools is their tractor for the garden, which isn’t functioning, so they’ve been renting what they need. However, those rental tractors aren’t always in stock and it sometimes keeps them waiting weeks, which pushes back projects.

$100,000 could go toward their tractor woes, transportation for their hog barn, some machinery to transfer manure, expansion of the on-site garden and, generally, equipment to have on hand for projects.

“This is something way beyond anything we’ve ever applied for, attempted to apply for, so this would be very different for us, but it also would help us and bless us in so many other ways,” Sakuda said.

The Turlock nonprofit temporarily pulled into the top spot last week, but they’ve slipped into second place as of June 22. However, voting won’t stop until 10 p.m. on June 25.

People can vote more than once, but only once a day. If you’re interested in supporting Westside Ministries efforts with the grant, you can click HERE.