California passed a new law that went into effect on July 1 that requires schools to print suicide prevention information on every student ID grades 7th-12th. 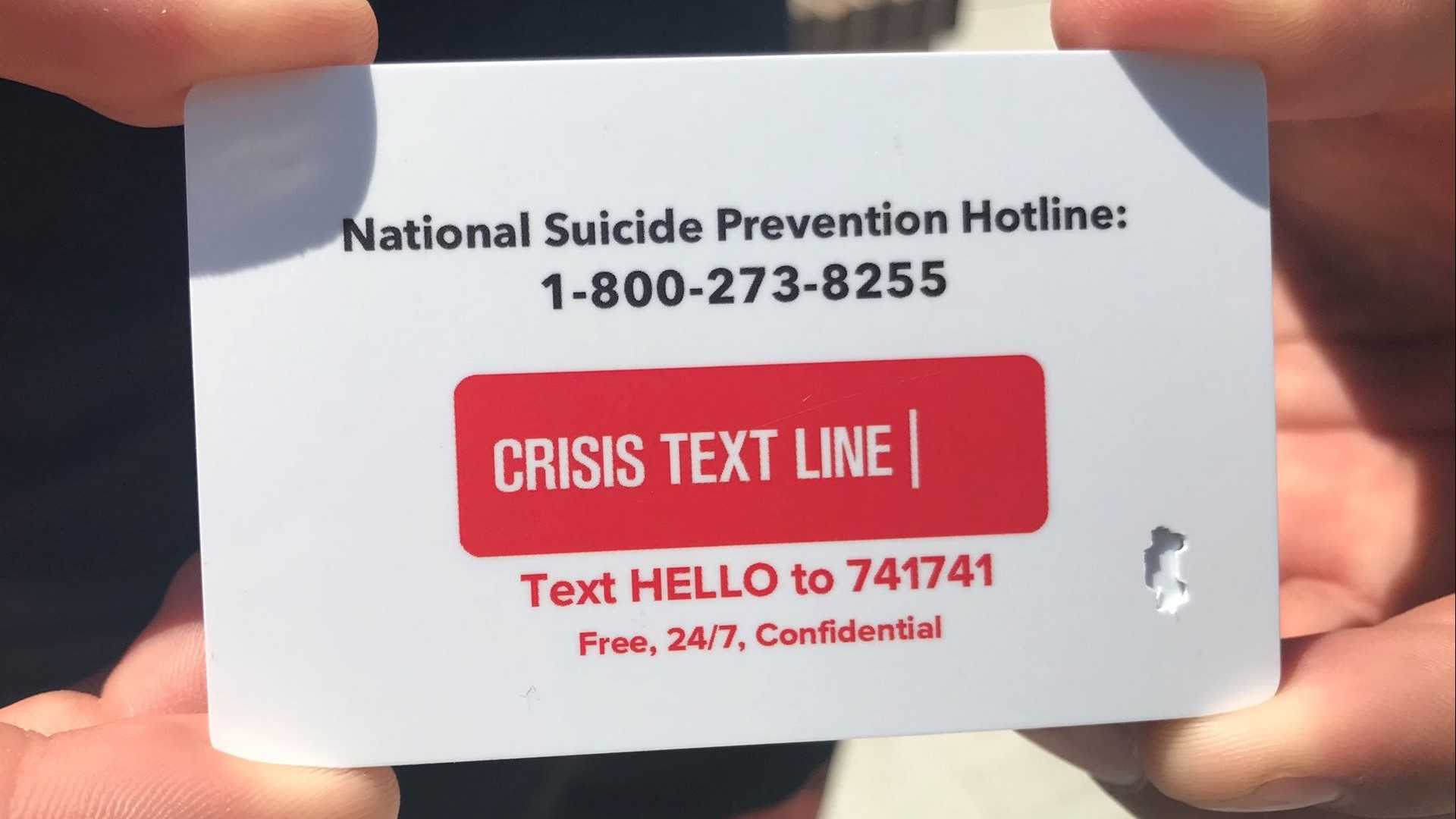 TURLOCK, Calif. — Suicide is the second leading cause of death for people ages ten to 24, according to the Centers for Disease Control and Prevention (CDC).

"This is the right thing to do," said Gil Ogden, director of student services at the Turlock Unified School District.

RELATED: 15 apps parents should look out for on their kids' phones

Students like senior Brock Paslay are heading back to school on Monday in Turlock, but before they could head back, everyone had to get a new school ID card this week.

"Everyone was kind of weirded out about it at first. It was like, 'What is this? Why is this here?' But then you read it and see oh, you can really use this as helpful," Paslay said.

This year, for the first time, suicide prevention information is printed on the back.

"It's in every single student's pocket at all times wherever they go," Ogden said.

A state law that went into effect last month, Senate Bill 972, now requires all schools across the state to print this information specifically on student ID cards. The law includes public, private and charter schools for students in 7th through 12th grades and it also includes college campuses.

It is all in response to what some are calling a growing mental health crisis.

"The district's going to do this because we're seeing a mental health crisis right now in our schools. We're seeing a significant increase in the number of suicide ideations across our schools," Ogden said.

RELATED: Elementary schooler's 'I will be your friend' shirt brightens up first day of school

"It's becoming more and more prevalent in our school," he said.

Paslay believes this could have helped one of his friends struggling through a tough time at Turlock High School.

"I think they would definitely had the help with this. This would have been a great tool that we would have had," Paslay said.

On Facebook, parents had mixed opinions about the new ID cards.

"All schools should do this!" Shannon Dale Ippolito-Cross commented.

"Would we be putting the thought into their minds? Honest question," Smith Bernal Kayla asked.

But the district says it's meant to serve as a resource.

"It's not going to hurt them, it's only going to help them. So, refer them to the hotline, do what you can and if we can just save one life it's worth it," Ogden said.

Every ID card will include the National Suicide Prevention Hotline 1-800-273-8255 and the Crisis Text Line 741741 so students can text in for confidential help.