Anytime a firefighter calls out sick or takes a vacation day, the fire engine at their station will be taken out of service. 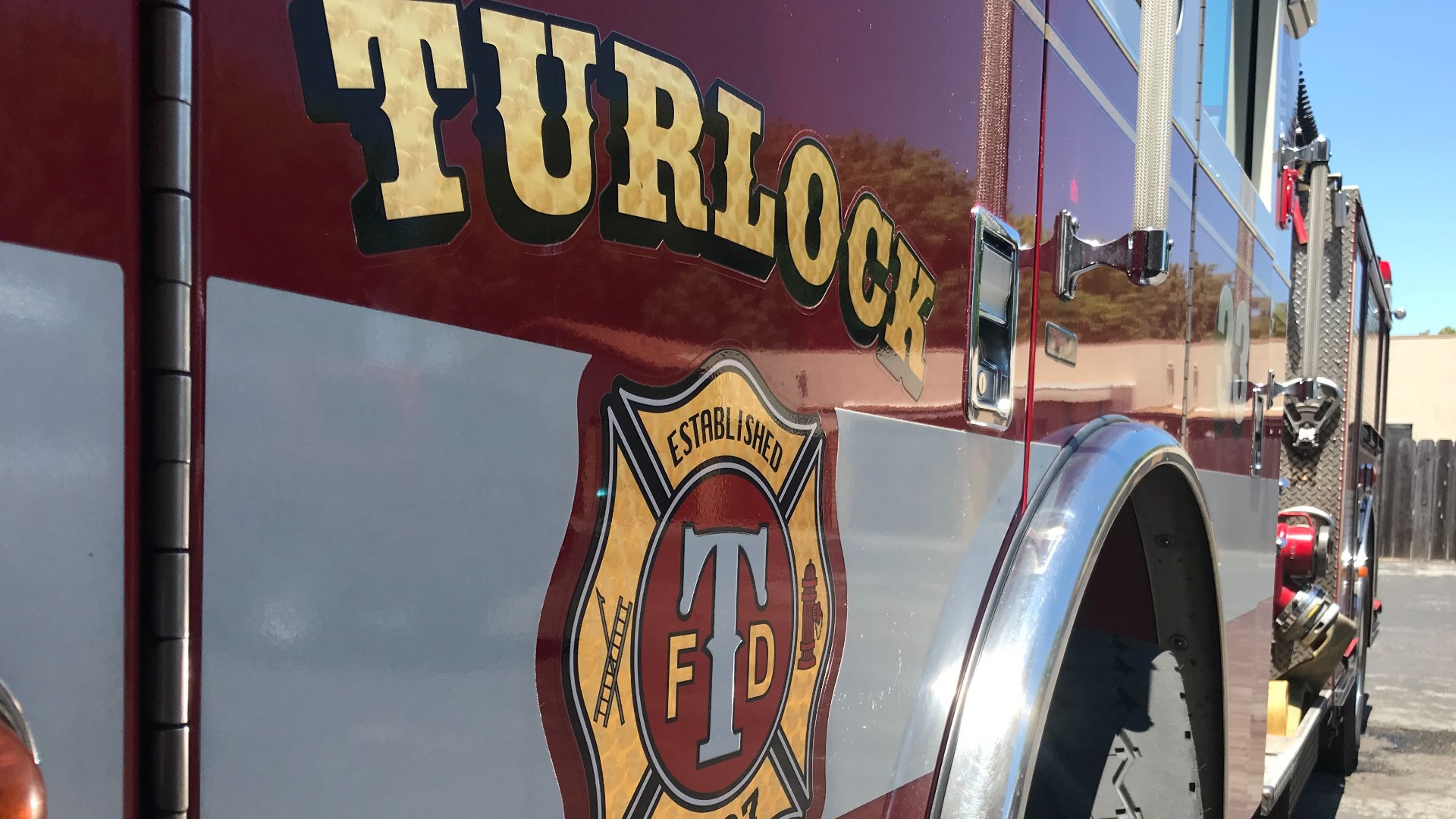 TURLOCK, Calif. — The Turlock Fire Department has decided to essentially take a fire engine out of service any day a firefighter calls out sick or takes a vacation day.

This comes after major budget cuts have reduced staffing to just 12 firefighters a day, down from 13.

On Monday, fire engine 33 stood vacant all day at the Turlock's Fire Station 3.

Calls kept coming in but firefighters at the station were told not to touch it because they didn't have the three people required to run the fire engine.

"It's just a terrible spot to put us in, and put the citizens of Turlock in," Mason said.

Instead, the two firefighters that were still working were given an SUV to respond to calls. The SUV, unfortunately, lacks most of the equipment necessary to fight fires, including water.

"Although, if there's a fire down the street, [the SUV] will get there. It can set up things. It can't actually fight the fire, but at the same time if your child is choking or falls in the swimming pool, it can go get them out," Gary Carlson, the Turlock Interim Fire Chief said.

Carlson said staffing was at 13 firefighters a day, now it's just 12, with three people at each station. Anytime even one firefighter calls out sick or takes a vacation day, fire engines will continue to be placed out of service on a day-to-day basis. He said overtime will only kick in when staffing drops below 12 firefighters citywide.

"The fire department is frustrated that we cannot serve the citizens during the emergencies and get the appropriate response that we're looking for and, quite frankly, we're very upset about it," Mason said.

Mason has worked in Turlock for nearly 13 years and he said he hasn't seen staffing cut to this level since the 2008 recession.

"It's definitely concerning for all of the citizens of Turlock as well as firefighter safety. We're just trying to do what's best for the city. We hope that the city council realizes this and makes better, more educated decisions," he said.

Turlock was forced to make major budget cuts to every department across the board, including $1.2 million worth of cuts to the fire department. Two vacant firefighter positions were defunded and overtime was dropped from $500,000 to $100,000. That went into effect on July 1.

Turlock Firefighters, Local #2434
Engine 33 is currently Out of Service due to the reduction of firefighters. Budgets cuts approved by the Turlock City Council are putting less firefighters in your area to protect you and your...

But Carlson said since he is not "browning out" any fire stations at this time, it shouldn't technically affect response times.

"It should not affect response times, but it will affect response capabilities," Carlson said. "If this quick response vehicle is in service, it's not a fire engine, it has no water, it can do certain things but fires are definitely going to get bigger if it's in service in your area."

The Turlock City Manager is expected to give a presentation on revenue-generating options for the city at Tuesday night's city council meeting starting at 6 p.m.