Early voter turnout has been predominantly older, white voters, however the numbers are starting to shift. Even so, Mitchell said the numbers have yet to indicate whether or not they'll be that so-called "blue wave." 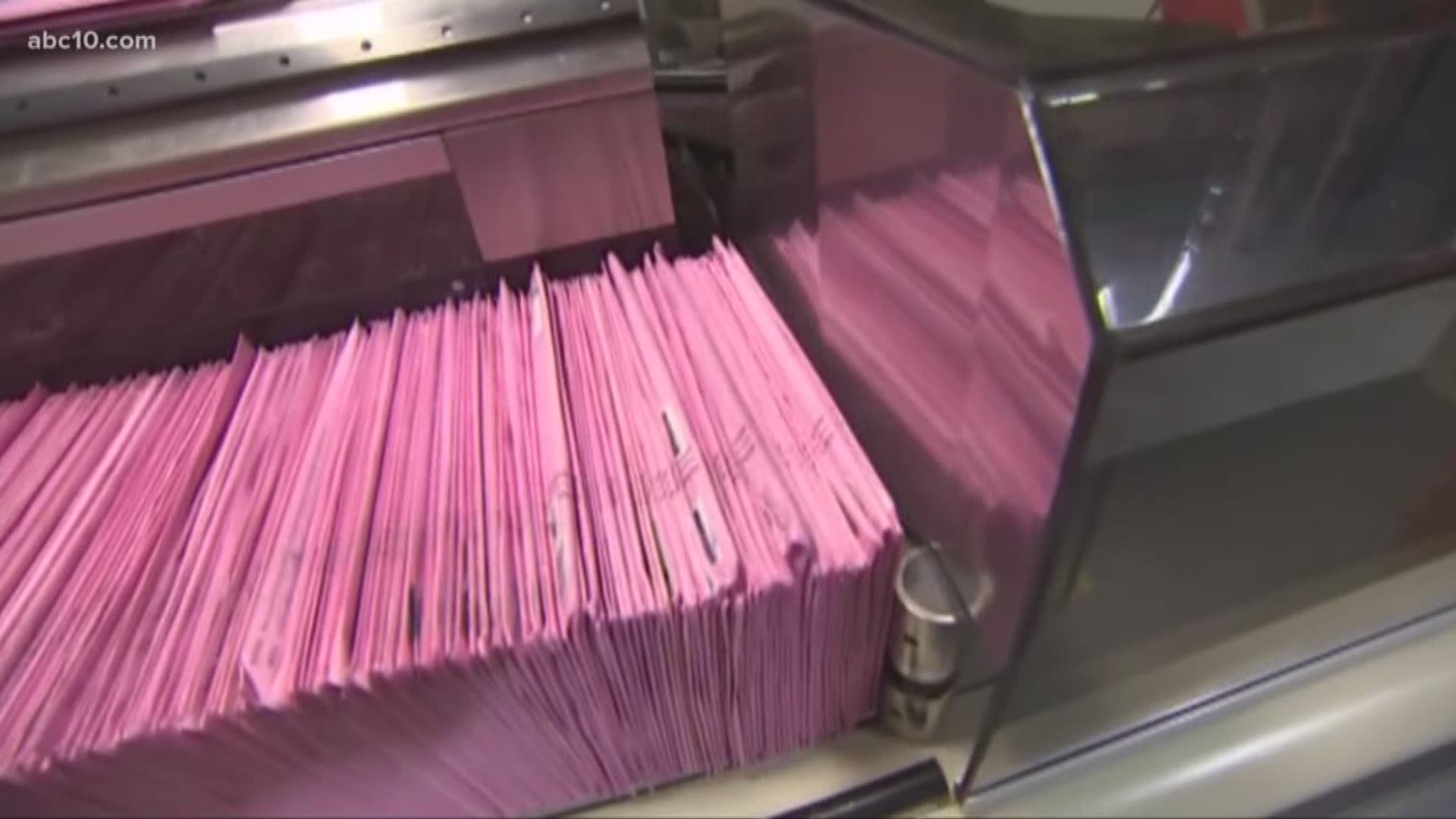 California has record voter registration this election cycle, but whether actual turnout will be as high may depend on where you live -- and how tight the race is in your district.

According to Paul Mitchell, the Vice President of Political Data Inc, early voter turnout in California's most hotly contested congressional districts is significantly higher than other parts of the state.

"What we're really seeing is two Californias," Mitchell said. "We're seeing the 15% of California that is in one of these competitive districts and that turnout is getting closer to presidential turnout."

"Then we see the majority of the state...85% of the state...that isn’t in one of these competitive congressional districts, and for those is is pretty middling turnout," he added.

One of those competitive districts is California's District 10 where Republican congressman Jeff Denham is virtually neck and neck with his opponent Josh Harder. For a period of time on Monday, the difference between Republican and Democrat turnout was only one vote, according to Political Data. (That later changed to a wider gap with Democrat turnout leading.)

How close is California's District 10 race? Insanely. Per @Political_Data, there is only a ONE vote (!) difference right now between Republican and Democrat turnout (h/t @rachmjacobs) pic.twitter.com/ToFhk7qX18

"Historically, Denham has over performed the republican registration," Mitchell said, "So even if Republicans and Democrats are tied, in a traditional gubernatorial cycle that would be something good for Denham. In this hyper politicized election...it might not be good enough."

Early voter turnout has been predominantly older, white voters, however the numbers are starting to shift. Even so, Mitchell said the numbers have yet to indicate whether or not they'll be that so-called "blue wave."

"The 'blue wave' and the idea of huge turnout is traditionally the kinds of voters who turn out closer to Election Day," Mitchell said.