An announcement from the city to bring an innovation hub to Oak Park received applause, but some neighbors are cautiously optimistic about the major new development called Aggie Square. 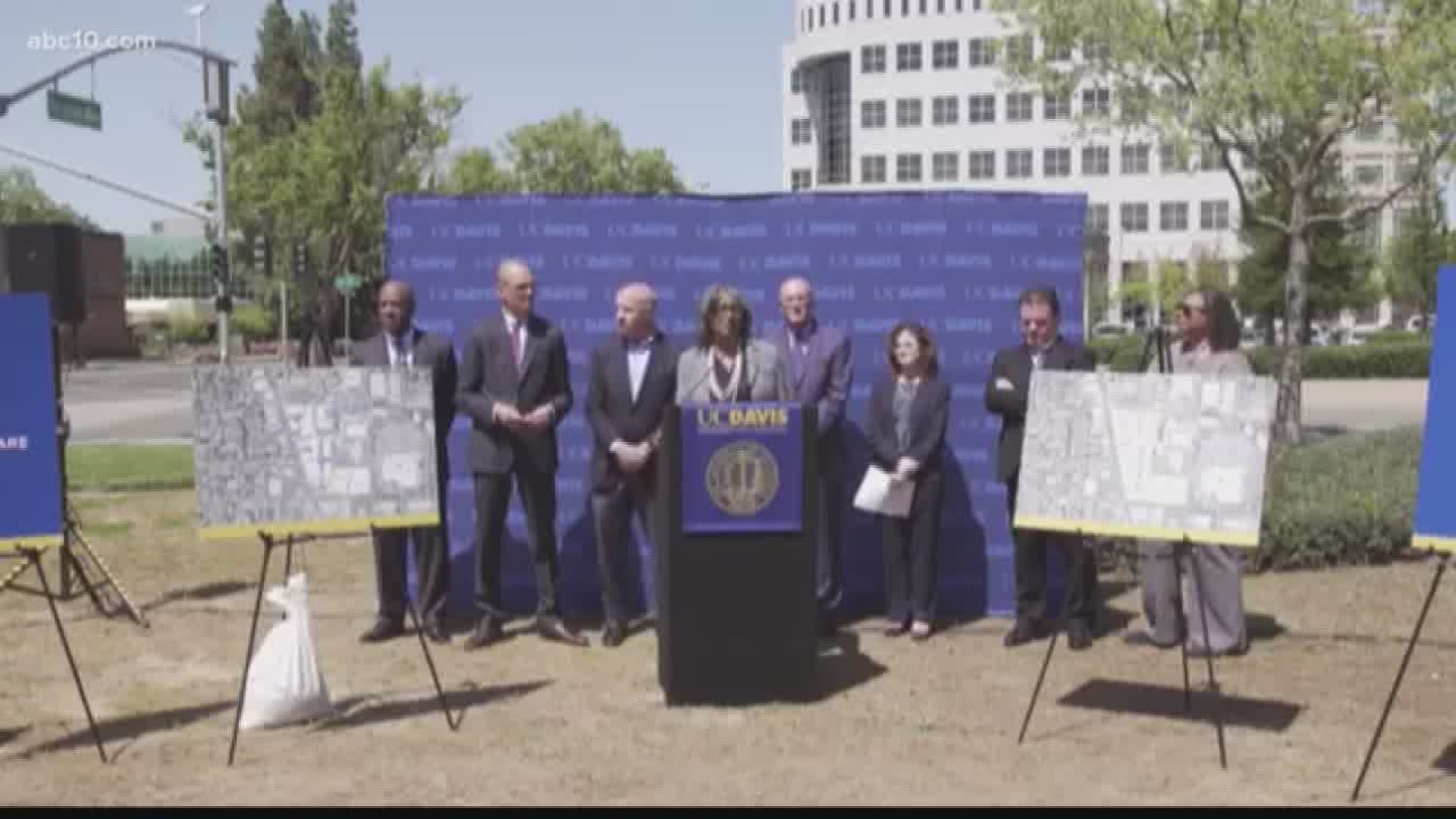 A plan to bring a UC Davis campus to Sacramento just got more real.

An announcement from the city to bring an innovation hub to Oak Park received applause, but some neighbors are cautiously optimistic about the major new development called Aggie Square.

Chancellor Gary May says one of his major goals is to expand the university's footprint in Sacramento. He is modeling the effort after Technology Square in Atlanta.

"Tech Square truly is the heart of Atlanta's tech scene," proclaims a narrator in a YouTube video posted by the Georgia Tech Scheller College of Business. "It's where you go to find breakthrough talent, breakthrough ideas and breakthrough companies. It was originally sparked by Georgia Tech and thanks to the private sector, has become the highest density of startups, corporate innovation centers, academic research labs and students."

Chancellor May says he'd like to see a similar development here in Sacramento.

"We had a hotel and a bookstore in the tech square development. We are thinking along similar lines here," said May. "We'd like to increase our engagement in the City of Sacramento. There is a lot of momentum, and I think we are going to be able to make it happen. My experience with Tech Square in Atlanta will make it easy for me to move forward with something similar here. I'm very excited about it. We're calling it Aggies Square."

The new tech campus would be located at the intersection of Stockton Boulevard and 2nd Avenue. Tamika L'Ecluse, a former member of Oak Park Neighborhood Association, is cautiously optimistic.

"I hope there is a range of housing options with plenty of affordable housing for students, employers, and employees who this center will attract," said L'Ecluse.

Cassandra Jennings, President of the Greater Sacramento Urban League was on hand for the big announcement. She says she'll be will working with officials throughout the process to make sure that underserved communities are connected and benefit from opportunities stemming from Aggies Square.

"In our neighborhoods. In the underserved neighborhoods. For the people of color," said Jennings. "That we can change this community forever. And everybody will have equity and opportunities for education."

"With the state as a potential partner here that is a big boost," said Mayor Steinberg. "But we are going to be talking about the city putting forward some economic development resources. I think the university is intending to do the same, and our next step is developing a specific financial plan and model."

Aggie Square is being described as a state-of-the-art live/learn/work/play environment that is exceptionally conducive to collaboration.