When Disaster Strikes: Evacuating, sheltering and caring for animals

"Disasters can happen at any time. People are putting themselves in danger even more if their animals can't be cared for," said Michael Ziccardi with UC Davis. 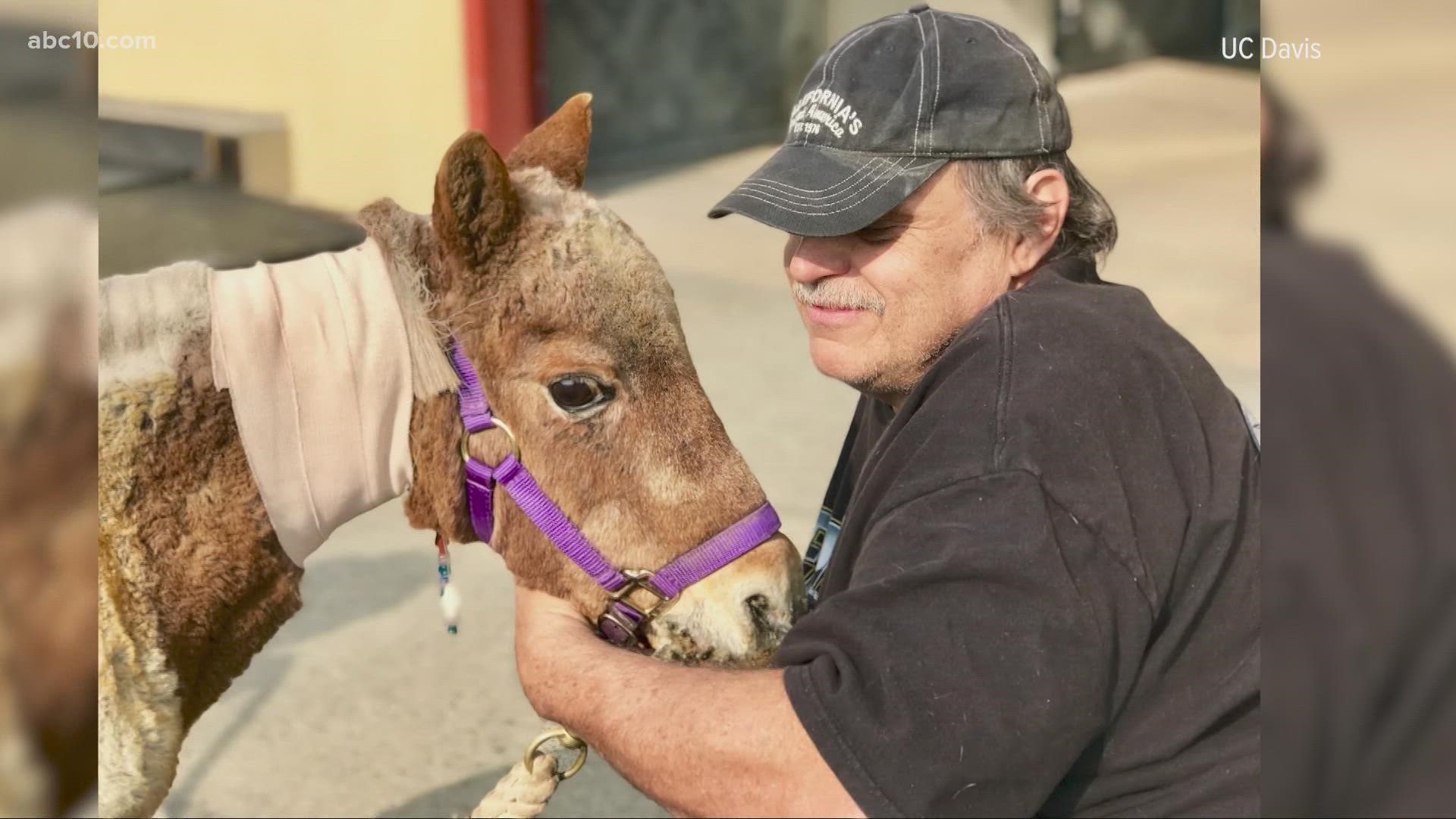 DAVIS, Calif. — There's a new emergency program to help domestic animals and livestock during emergencies, such as wildfires, in California. It's called the California Veterinary Emergency Team. The program is being administered by UC Davis School of Veterinary Medicine.

"We want to create a robust, coordinated effort statewide to help animals during disasters," said Michael Ziccardi, director of the Oiled Wildlife Care Network and executive director of the One Health Institute. "The California Veterinary Emergency Team will bring together state and county agencies and organizations charged with emergency response to help them organize, train and adopt best practices."

Senator Steve Glazer wrote a bill to create the program. Governor Gavin Newsom signed the bill last week, approving the use of $3 million a year from the state budget for the California Veterinary Emergency Team. The program will be modeled after the UC Davis-led Oiled Wildlife Care Network. The network was created in 1994 to mobilize volunteers and professionals to rescue and treat shorebirds and other wildlife that are injured during oil spills.

"Recent wildfires have overwhelmed the state's ability to safely evacuate and care for household animals and livestock," Sen. Glazer said. "Twice in the past five years, we have had to call on Texas to send an emergency team to assist. That puts not just animals at risk but also increases the danger for residents and first responders if people stay behind fire lines because they fear their animals will not be cared for. We need this new team to help train, coordinate and lead the hundreds of volunteers who are eager to help. Our goal is a team that is ready to respond anywhere in the state with a mobile command center, a clinic if necessary, and the veterinarians, equipment and medicine to get the job done."

Currently, the California Animal Response Emergency System, or CARES, within the California Department of Food and Agriculture manages evacuation and care of animals during emergencies. They also work with community animal response teams and nonprofit organizations.

"Disasters can happen at any time," Ziccardi said. "The California Department of Food and Agriculture has done a great job. But, there's still additional need. People are in danger. They're putting themselves in danger even more if their animals can't be cared for. So, we're addressing the needs of the people and also caring for the animals."

The California Veterinary Emergency Team would be available to mobilize response to disasters anywhere in California, operating under a memorandum of understanding with the California Department of Food and Agriculture and the Office of Emergency Services. Between disasters, the team would recruit, train and drill volunteers, conduct research, and train veterinarians and veterinary students on best practices in shelter and emergency medicine.

"The funding of the California Veterinary Emergency Team provides unprecedented resources that will bring multiple partners across the state of California together to enhance recruitment, coordination, and training of volunteers, veterinarians and veterinary students in best practices in disaster response and sheltering of animals in disasters," said Michael Lairmore, former dean and distinguished professor at the School of Veterinary Medicine.

UC Davis has provided leadership in veterinary disaster response through its Veterinary Emergency Response Team (VERT), Wildlife Disaster Network partnership formed with the California Department of Fish and Wildlife, and its Veterinary Medical Teaching Hospital disaster patient care. UC Davis VERT and hospital teams typically triage, evaluate, treat and rescue more than 1,000 animals in the field in every fire. During the 2018 Camp Fire, the team helped more than 1,500 animals, including 70 that were brought in for treatment at the hospital.