Underwater car? A company in El Dorado County is making it happen.

The Aquaticar is in the final stages of development. The vehicle sits two people, and a large clear bowl-shaped dome sits over the passenger's head, keeping your head and chest dry. 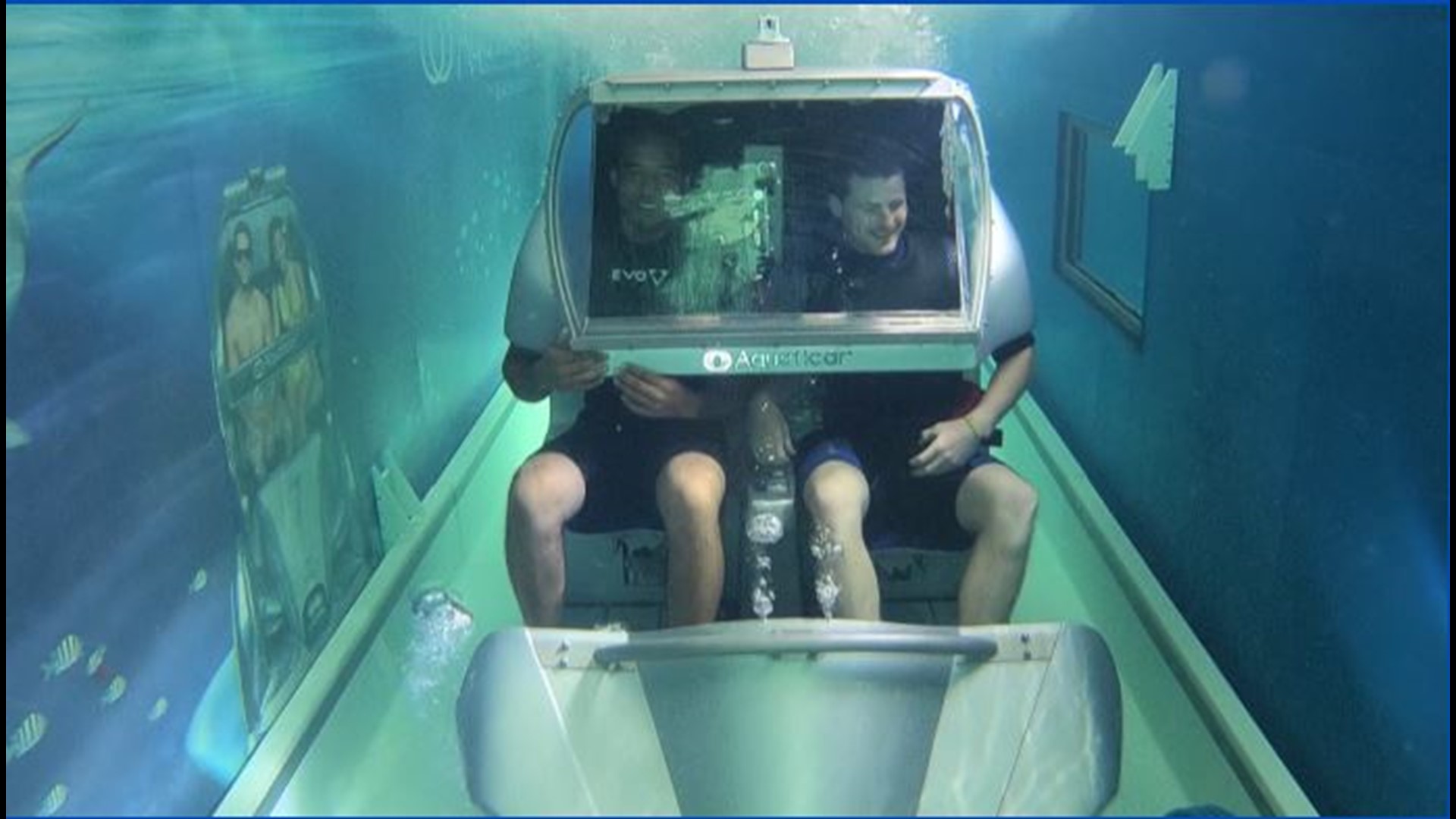 There’s a few companies developing autonomous cars and flying cars, but there is only one company building an underwater car.

The working prototype is in El Dorado County. It’s called "Aquaticar" and it’s made by a company called Sub Sea Systems in Diamond Springs. Owner Jim Mayfield started the business in 1985 and the company's latest invention is the Aquaticar.

The Aquaticar is in the final stages of development. The vehicle sits two people, and a large clear bowl-shaped dome sits over the passenger’s head, keeping your head and chest dry.

In order to understand how this works, think of the car like an upside-down cup in the water. Air is pumped in the bubble so you can breathe and the bottom half of your body is submerged.

“Fresh air is released under the track and that is fed to the riders as they move along the track,” Mayfield said.

The Aquaticar has a joystick steering mechanism, but in reality, the vehicle will ride on a track. The Aquaticar's top speed is about 80 feet per minute which is the perfect speed to watch marine life. The Aquaticar is also eco-friendly.

Hybrids have nothing on the Aquaticar. It uses the same air that riders breath with. The only thing it’s missing is a cup holder.

“That may be a design for the next model,” Mayfield joked.

Sub Sea Technology makes a number of marine leisure products. Their most notable device is the “Sea Treck.” It’s an underwater helmet that allows people to breathe and walk underwater without any scuba diving experience. The Sea Trek allows divers the freedom to walk around, but Mayfield says it has a limit to the number of people who can use it.

“We built the Aquaticar because it increases the volume of people who can use it,” Mayfield said. “It constantly runs like a chairlift. Passengers can get on and off quickly.”

Mayfield figures with 18 Aquaticars, the ride can move about 400 people an hour which will really reduce long lines.

If you want your ride in the Aquaticar, you will have to wait about a year until it opens up at an amusement park.