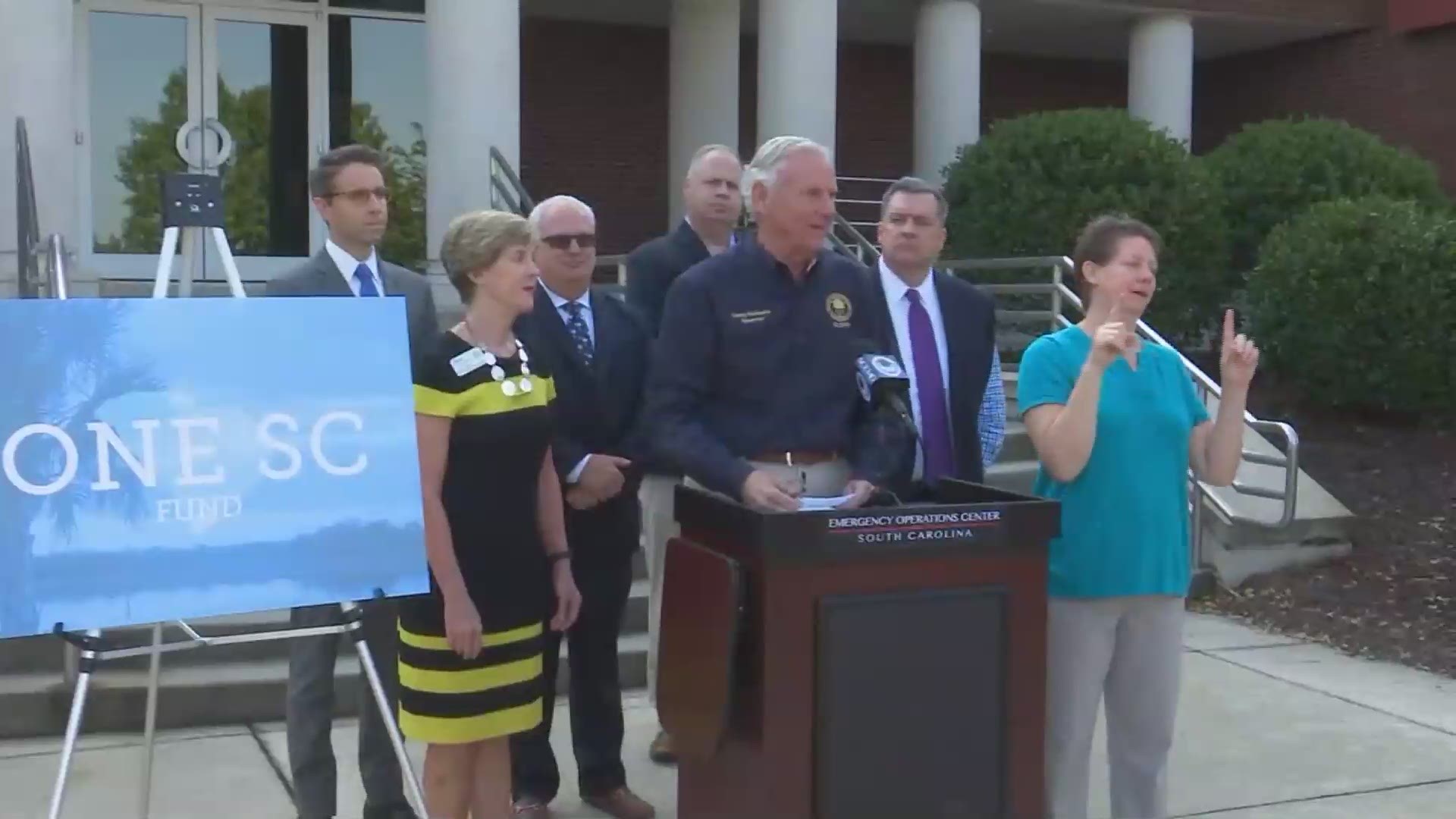 Columbia, SC (WLTX) - UnitedHealth Group and its UnitedHealthcare business is donating $500,000 to help South Carolina recover and rebuild after Hurricane Florence through the One SC fund.

McMaster says it's volunteers and organizations who bring strength to our state during a disaster.

The CEO of United Healthcare for the South Atlantic, Garland Scott, said during the announcement that the company is "deeply concerned about the impact to South Carolina and [they're] committed to helping rebuild the state."

The donation was made through the One SC Fund which is a fundraising effort organized by the Central Carolina Community Foundation.

Organizers with the CCCF say next week the first round of grants will be issued for Hurricane Florence relief.

Governor McMaster said officials with the state's worries have shifted away from the storm and toward flooding of rivers in South Carolina, saying, "this is the worst of times for many of our friends and neighbors in the Pee Dee area."

He said his concern is surrounding the Lynches, Pee Dee, Waccamaw, Little Pee Dee and Great Pee Dee rivers because they are subject to flooding. He said the state's resources are shifting to those locations.

McMaster also encouraged drivers to stay off of any flooded roads. He said there have been too many tragedies involving people driving around barricades or on roads covered in water.

"These roads wash out, fairly, fairly quickly in a big flood. It may appear that you can drive right across 100 yards of shallow water, and it turns out that the road is washed out, and your vehicle might go into it and you might not be able to get out," McMaster added.

McMaster says he's tried to reach out to the families of each of the South Carolinians who have died in connection with Florence. He said this includes the father of 45-year-old Windy Newton, one of two women who drowned while being transported to a mental health facility by Horry County deputies.

RELATED: South Carolina deputies on leave after women drown in their van

The One SC fund has given $3.4 million in relief to more than 19,600 people since it was started in 2015 after the historic October flood. This includes helping 1,600 families return home.