Patricia Mason says she has great insurance, but she just fell through the cracks 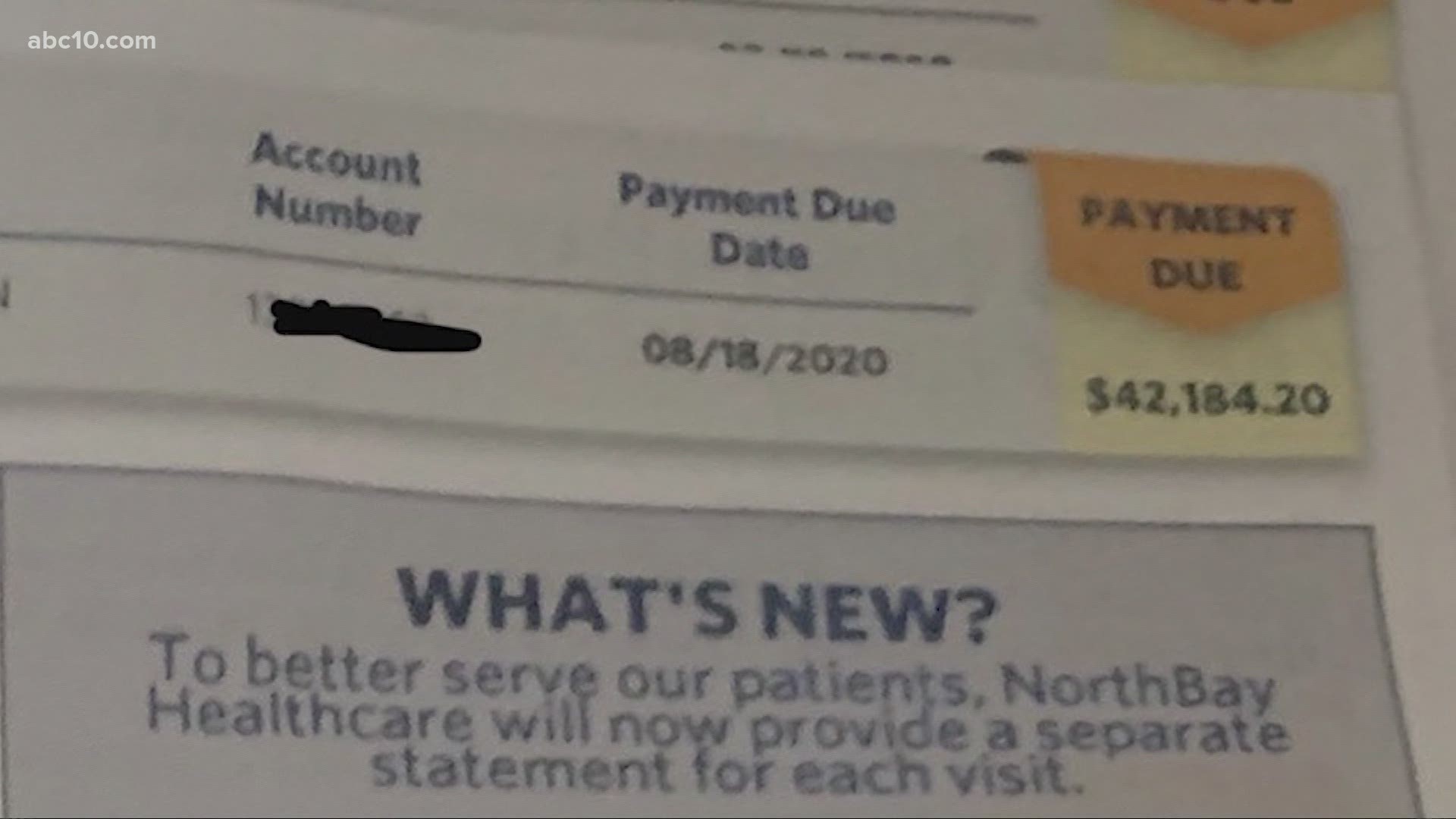 VACAVILLE, Calif. — Patricia Mason was one of the early patients with COVID-19 admitted to the hospital in March 2020. Like many others, she’s not sure exactly how she caught the virus but within a week, her husband rushed her to the emergency room.

Over the next few days, Mason’s condition continued to deteriorate.

“By Monday morning, they were pretty much communicating with my husband and they put me on the ventilator. And the next two and a half weeks, I was on a ventilator.”

Mason would survive, but only after a month in the hospital. She said she still experiences tendon and joint pain and some brain fog. Overall, she says it’s been a hard year but her family’s getting through it.

Mason said she laughed when she first saw the bill.

“My husband was like, ‘Well what are you going to do?’ And I’m like, ‘I don’t know, we can make payments? Couple dollars a month? I don’t know.,” said Mason.

She said it’s more money than she makes in a year.

“Obviously, even if I could pull every credit card I have and possibly get together 40,000 dollars, I can’t pay that back either then,” said Mason

“We have super good insurance,” she admitted. “I mean I’m not joking. The last time I was in the hospital was for an emergency hernia surgery. I was in there almost a week. And it cost me 250 dollars including an ambulance ride from the urgent care.”

“I don’t feel like they’re evil or they set this up,” she said. “I just feel like somehow this all just slipped through a crack, and I’m it.”

Jon Hess, an insurance expert and CEO of Athos Health, a healthcare advocacy company. Hess said Mason’s case is unique because she gets her insurance through her husband’s union. The plan pays 95% of the total cost. However, unlike most current plans, it has no cap on maximum out-of-pocket expenses. Since the hospital bill was over $1.3 million dollars, Mason’s stuck with a bill of over $42,000.

Hess weighed in on what went wrong.

“There should be an upside financial protection,” said Hess. “Like the whole point of insurance is to protect you from a financial risk. And her plan failed in that regard.”

He says there are a few things Patricia can do.

“If I was her, I’d be having a discussion with the Union in her case to see if there’s an option for them to cover more,” explained Hess. “They might not even realize frankly that COVID treatment wasn’t covered under the plan as it’s written.”

He says Mason’s other options are to apply for financial assistance with the provider or, “She can ask to be put on a payment plan, or ask for a negotiated one-time lump sum payment.”

Hess said her final option would be to just not pay the bill but cautioned, “It will impact her credit score and potentially she could end up with a court order having her wages garnished or, assets put liens against, etc.”

“Respecting the patient’s privacy, and without permission from the patient, NorthBay Healthcare cannot comment on specifics of the individual’s medical condition or the treatment she received while in our care.

The patient experienced an unusually prolonged length of stay, which contributed to the high cost of her care. The bill she received reflects the portion of her care costs that her insurance plan did not cover.

In such cases, NorthBay Healthcare provides options for patients, including extended payment plans, as well as discounts and forgiveness of charges for those who qualify under our financial assistance programs.

We have reached out numerous times to discuss payment options and financial assistance with the patient but have been unsuccessful.

We understand that a patient’s final bill depends on a variety of factors – their health plan contract, the length of stay, severity of their condition and what the hospital charges. That is why, like NorthBay Healthcare, health systems have financial assistance programs.”

WATCH NEXT: Stockton woman gets $2,000 hospital bill after getting COVID-19 test

Experts are saying to not go to the emergency room for a coronavirus test unless you have symptoms or you will be charged for an ER visit.