Puppy carried off by owl in Scottsdale lucky to be alive

3-month-old Latte was let out around 3 a.m. when the owl grabbed her and flew with her almost a mile. 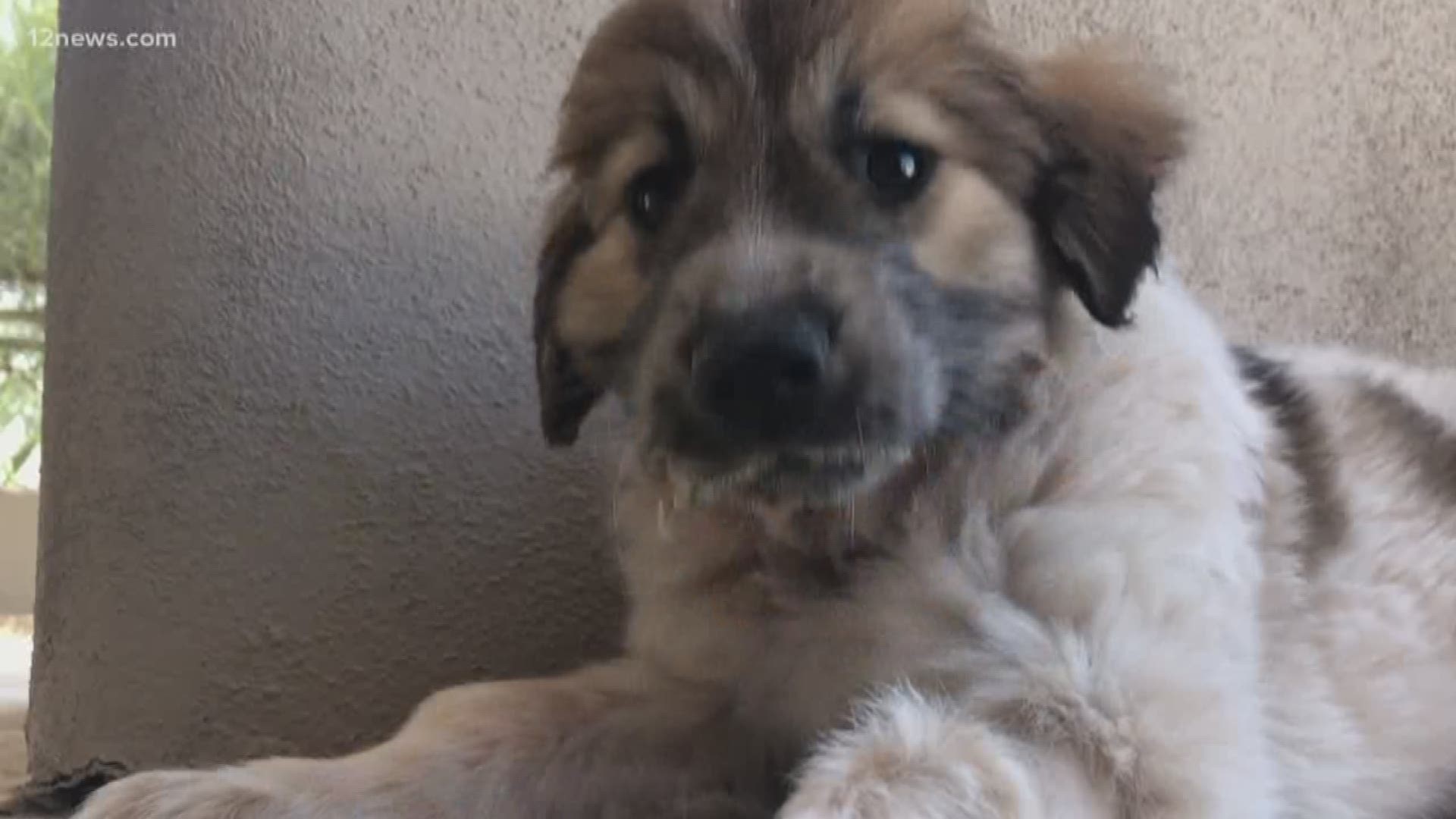 SCOTTSDALE, Ariz. — A 3-month-old puppy is lucky to be alive after an owl swooped in, picked her up, then flew off for nearly a mile, leaving her dying on a golf course.

The ordeal happened late last week around 3 a.m. near Pima Road and Dynamite Boulevard along the Troon Golf Course in Scottsdale.

Four days after being attacked by an owl, you can still see the scars and cuts on Latte the dog

Bonnie Ziegler, who is fostering Latte, let the dog out around 3 in the morning, but a few minutes later, Latte was nowhere to be found.

“I went around the corner and there was absolutely no sign, no sound of anything," said Ziegler.

She looked all around her yard and her husband grabbed his flashlight and searched the entire neighborhood.

“I never really worried about [coyotes] too much down here because the wall is so high. So I wasn’t thinking coyotes, plus the house next door, but I forgot about the owls," said Ziegler.

After being swooped up by the owl, the dog ended up about a mile from Bonnie’s house on the 16th hole of the Troon Golf Course, where golfers found her and took her to an animal hospital.

Latte's picture was posted on Nextdoor, where a neighbor recognized the puppy and called Bonnie.

"She had a collapsed lung and all these puncture marks and trauma but no broken bones," said Ziegler.

Latte is still battling the effects of what happened. She still has trouble breathing and occasionally coughs when it becomes a challenge to breathe.

Bonnie says she is also feeling a lot of anxiety when she takes Latte for a walk.

The cost of surgery for Latte was around $3,500. It's something that Foothills Animal Rescue hope people will help out with, so this lucky dog can continue to live a charmed life with a forever family.

“We just walk around saying, 'How lucky could we get,'" Ziegler said.