The families affected didn't know each other before their children were diagnosed with AFM, and there's no reason to believe their illnesses are connected. 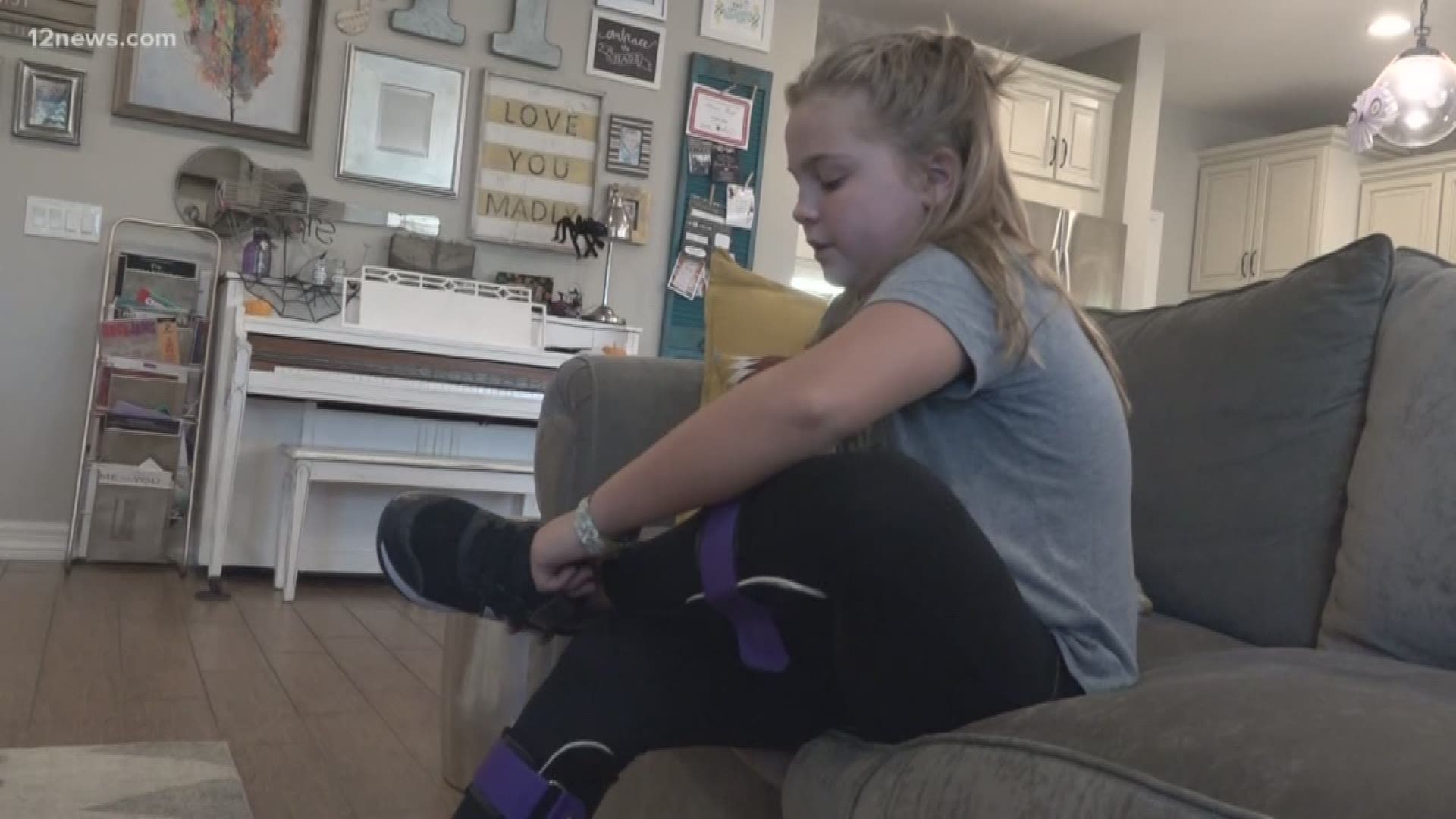 QUEEN CREEK, Ariz. - More Arizona families are saying their kids are getting hit with a mystery paralyzing disease affecting a growing number of kids across the country.

It’s a condition called acute flaccid myelitis or AFM, similar to polio, and doctors say it affects the nervous system, causing weakness to the limbs.

Ten-year-old Lilly H. from Queen Creek was diagnosed with it in August. Her mom, Natalie H., says doctors initially did not know what was wrong when Lilly randomly collapsed on Father’s Day and could not use her legs. But since then, she’s been getting treatments and uses legs braces to help her walk again.

“We’re in therapy every day, and the way we understand it is re-training her brain to do the things that she once did,” said Natalie.

The Center for Disease Control and Prevention (CDC) confirms 62 AFM cases across the U.S. so far this year.

In Arizona, health officials confirm two AFM cases so far in 2018, one of those is in Maricopa county, but there was no word from health officials on which county the second case is in. The state health department also confirms eight AFM cases since 2016, though there is no word either on what counties those cases came from.

But a second Queen Creek boy, 13-year-old Talen Spitzer, was hospitalized August 2016. His mom, Rochelle Spitzer, says he randomly lost control of his legs and his arms.

“He had lost bladder function. He was stumbling a little bit. His left leg had started to lose its function as well,” said Rochelle.

Talen’s mom says he was first diagnosed with acute disseminated encephalomyelitis, better known as ADEM. It wasn’t until June this year a doctor out of Texas would diagnose him with AFM.

Lilly’s mom says the same doctor (Talen’s doctor) also diagnosed her fifth grader with AFM. Both Lilly and Talen have been able to regain mobility on their legs, but not fully. They’re both still going through physical therapy.

Their parents say they’re considered some of the more fortunate children who have been able to regain some control of their limbs after getting struck with the paralyzing illness.

However, these Queen Creek families are still searching for answers on what could have possibly caused the polio-like illness. They didn’t know each other before their kids were diagnosed with AFM, and there’s no reason for them to believe their illnesses are connected.

“I want awareness to be brought forward so doctors have a direction for these kids, like I’ve flown now twice out of state for answers because we don’t have answered here,” said Natalie.