Verify: Has California lost billions of gallons in uncollected rainwater?

Despite retaining drought measures, the wet season has proved to be a boon for Northern California. 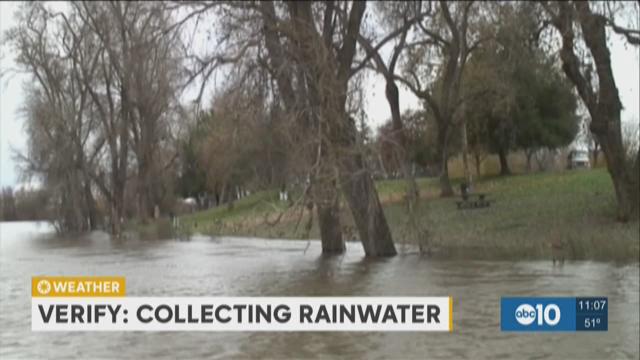 Despite retaining drought measures, the wet season has proved to be a boon for Northern California.

But is the state still missing out on storing rainwater?

Sadly we've already lost billions of gallons of rain water b/c there's no storage in place. Sites Reservoir needs to move along much faster.

We decided to verify Gaines’ tweet. So, has the state failed to capture rainwater because of a lack of storage?

It would divert water from the Sacramento River through canals and into storage. The proposed location is 10 miles west of Maxwell in Antelope Valley.

But, Ron Stork, senior policy advocate at Sacramento advocacy group Friends of the River, said it is still an idea.

“The dams don’t exist, the pumps to put the water in the reservoir don’t exist, some of the canals exist, but one canal doesn’t,” Stork said.

Moreover, the state’s Water Commission would still have to approve construction funding for the project.

“That could take some years, even if all went well for the project.” Stork pointed out.

Betsey Hodges, a spokeswoman with Gaines’ office, said the reservoir is designed to hold a maximum of almost 600 billion gallons of water.

“Even allowing that the reservoir would not be filled to capacity right now to allow for continuing precipitation, Sites being filled to half of 1 percent would still equal ‘billions’ of gallons of water that are not being captured.” she said.

The state’s Department of Water Resources estimates that, as of Feb. 2, sites could have stored more than 251 billion gallons of water. Their estimate factors in high river flows, but notes that the reservoir would not fill quickly during a storm.

“Currently, there are billions of gallons flowing through the Sacramento River system.” Manley said.

Moreover, Jim Watson, General Manager at the Sites Project Authority, said even in a dry year, the water diversion into storage could be huge because of isolated storm events that produce peak flows.

However, Stork cautions that are still plenty of unknowns with the project.

“So Gaines is correct given today’s conditions, but it is far from established that Sites can divert enough water over the long haul -- drought, dry, average, wet, and super wet -- to put enough water in the reservoir to turn a profit on selling it to the highest bidder.” he said.

To recap, Gaines’ tweet is on the mark, but Sites Reservoir, if it is eventually approved and constructed, is still years away from existence.