VERIFY: The president didn't tweet a 'doctored' Pelosi video, but his lawyer did

Two videos of Nancy Pelosi were shared widely on social media Thursday. While one was a misleading edit, the other was clearly a 'doctored' video. 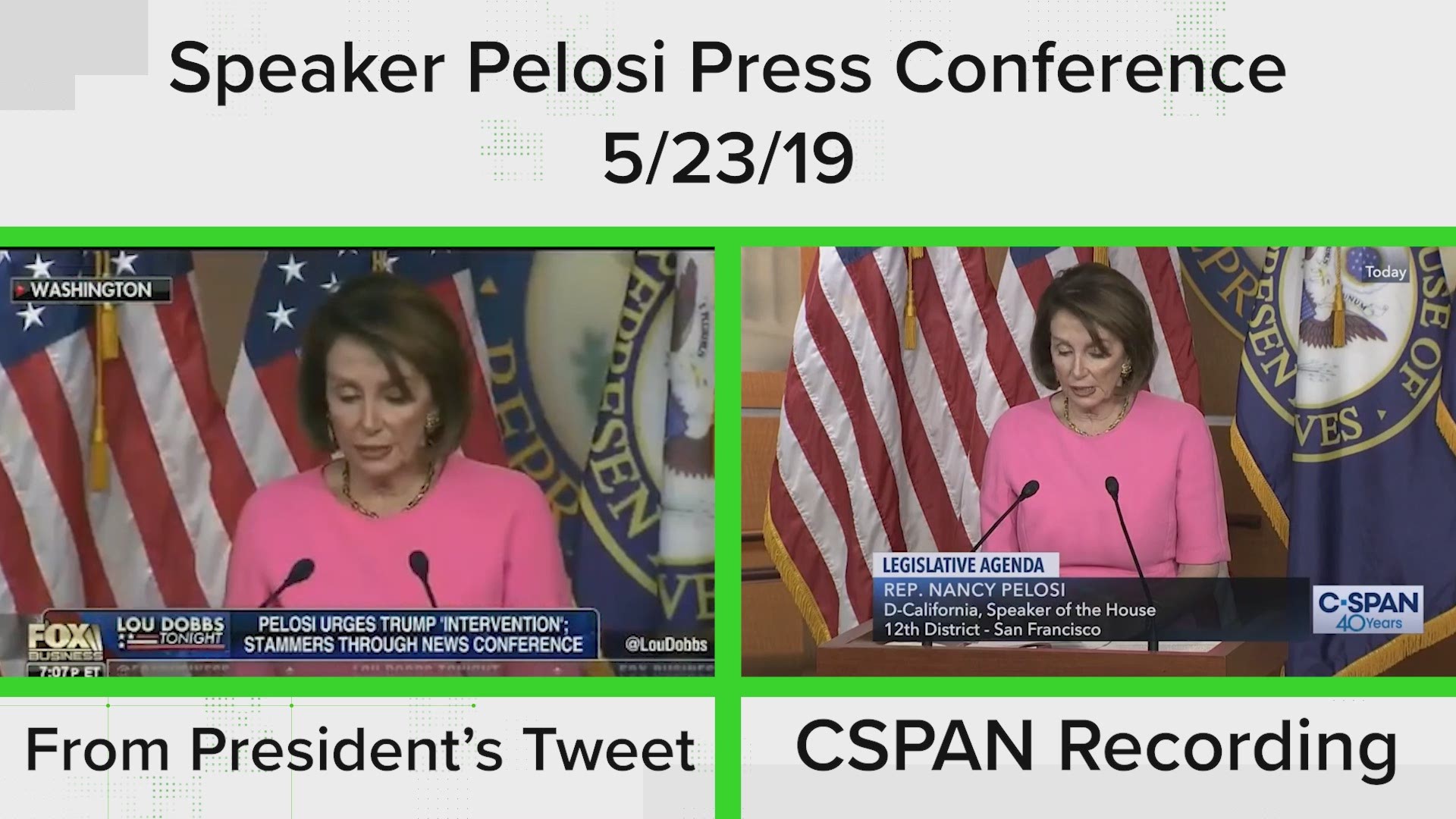 Social media users have been sharing a video of Nancy Pelosi that appears to show the House Speaker slurring her words in a recent speech.

The video is doctored -- altered in a way that makes it different from reality.

Some believe the video has taken off because President Trump helped spread it. Pointing to one of his tweets as evidence the President shared a “doctored” video.

So what really happened?

There are actually two videos going around of Nancy Pelosi.

The one President Trump tweeted was a clip from a Fox News show that edited multiple clips of the Speaker together to appear misleading. It didn’t “doctor” the footage though.

A separate video also spread on social media on the same day that was doctored. It took a speech from Pelosi and slowed it down to make her appear more sluggish. A video comparison of the two can be seen below. This video was associated with Trump because his lawyer, Rudy Giuliani, tweeted it before later deleting his post.

Here’s a video comparison of the clip in the President’s tweet and a CSPAN recording of the Speaker’s Press Conference, Thursday.

While the clip is definitely edited to make Pelosi look bad, the clips are real and weren’t manipulated in any way.

That’s the key difference between an “edited video” and a “doctored video.”

Editing is cutting clips of real footage together to make a video. “Doctoring” is manipulating or altering the clips to make them appear different from reality.

An example of a doctored video was posted Thursday by Trump’s personal lawyer, Rudy Giuliani.

This video is doctored. Here’s a side-by-side comparison with the C-SPAN recording of the event. 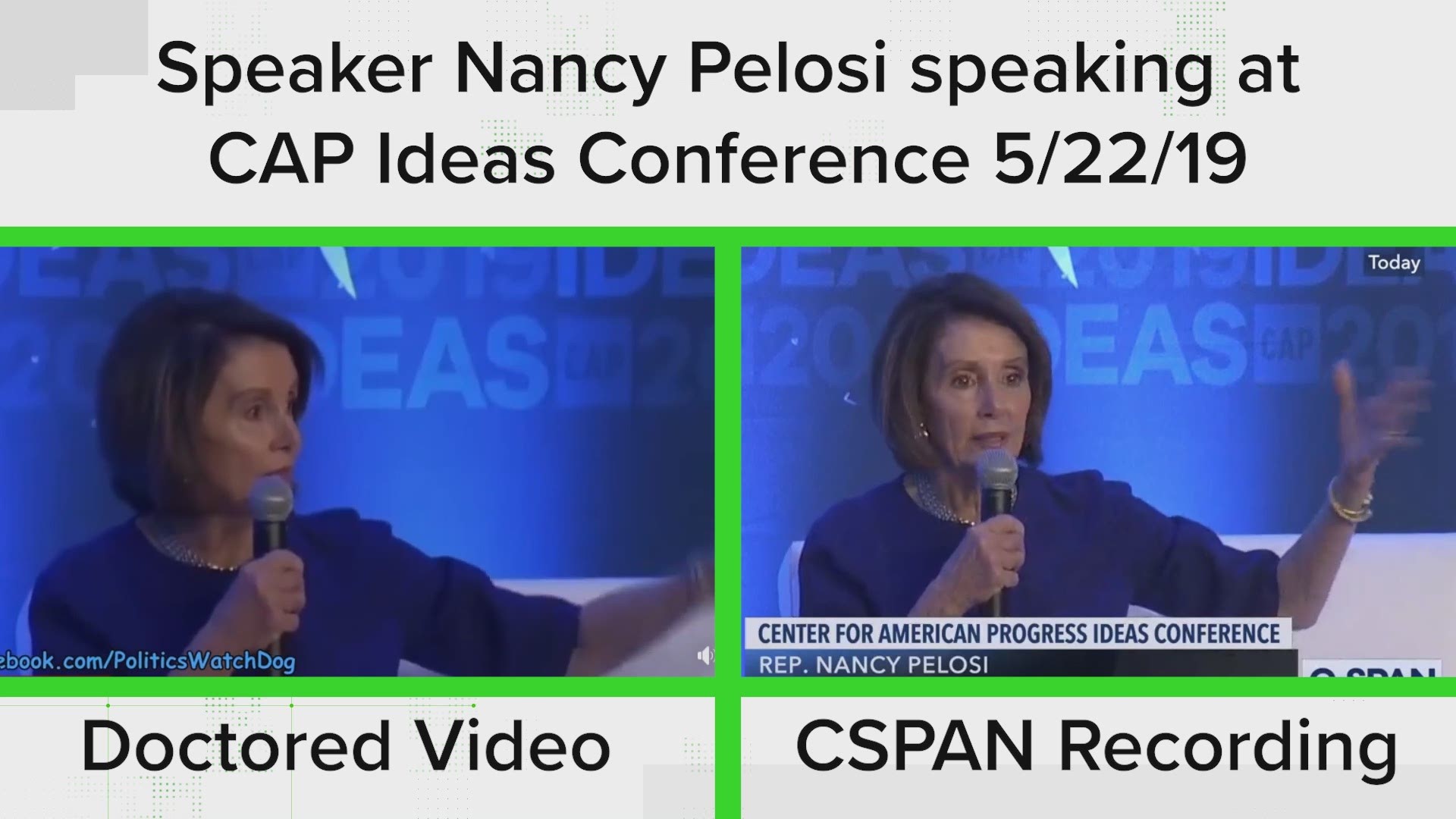 It has been slowed down to make Pelosi’s speech appear slurred, and social media posts have claimed it was because she was drunk.

Both videos aim to disparage Pelosi, however, the video Trump posted was just edited in a misleading way. Giuliani’s video was altered to show something different than what really happened.

That means the President did not tweet a “doctored” video, but his personal lawyer did.