Volunteers step up to clean-up damage at Atlanta Children's Museum

The Atlanta landmark was not spared the outrage of the protesters, but as soon as the sun came up, volunteers were right there. 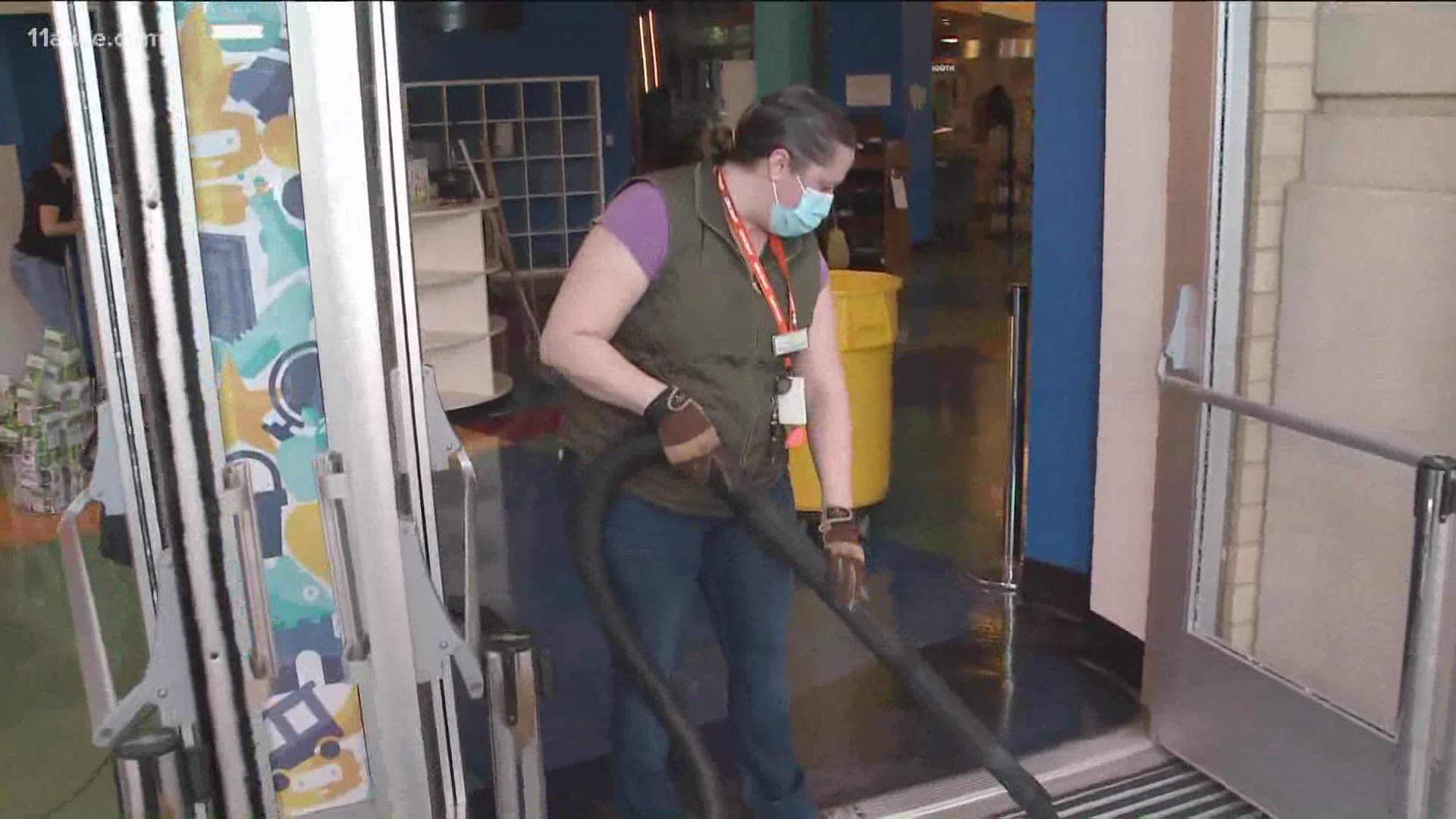 ATLANTA — The Atlanta Children's Museum borders Centennial Olympic Park, and was not unspared by the outrage of the protesters from Saturday night's rampage over the killing of George Floyd.

As soon as the sun came up, volunteers showed up at the Atlanta landmark, armed with brooms, gloves and trash cans, prepared to help with the clean-up.

The volunteers said they did not know what they would find when they came to the museum on Sunday morning, but knew their priority was to come down and clean up following the damage from overnight.

A large apartment building is directly above the museum at the corner of Centennial Olympic Park Drive and Baker Street.

Initially, some of the residents tried to come downstairs to protect the museum from the protesters that were coming down the road.

Police officers respectfully asked them to return to their homes inside the apartment building.

They told 11Alive's Kaitlyn Ross they were heartbroken to see and hear the destruction by the protesters Saturday night.

The residents said they consider the Children's Museum as being an important part of the community, and they want to help do what they can for the museum.

So once Sunday morning dawned, rather than wait on someone else to clean things up, they took it upon themselves to come clean up as quickly as possible.

There does not appear to be damage inside the physical building -- it appears that the bulk of the damage from protesters came outside.

It appears that protesters broke windows and moved on.

Books, coloring books and other displays inside the museum appear not to have been disturbed.

Atlanta Protests | Gov. Kemp extends State of Emergency statewide and through next weekend

Second night of protests in Atlanta