A strong high pressure system off shore will bring temperatures near or over 70 degrees. 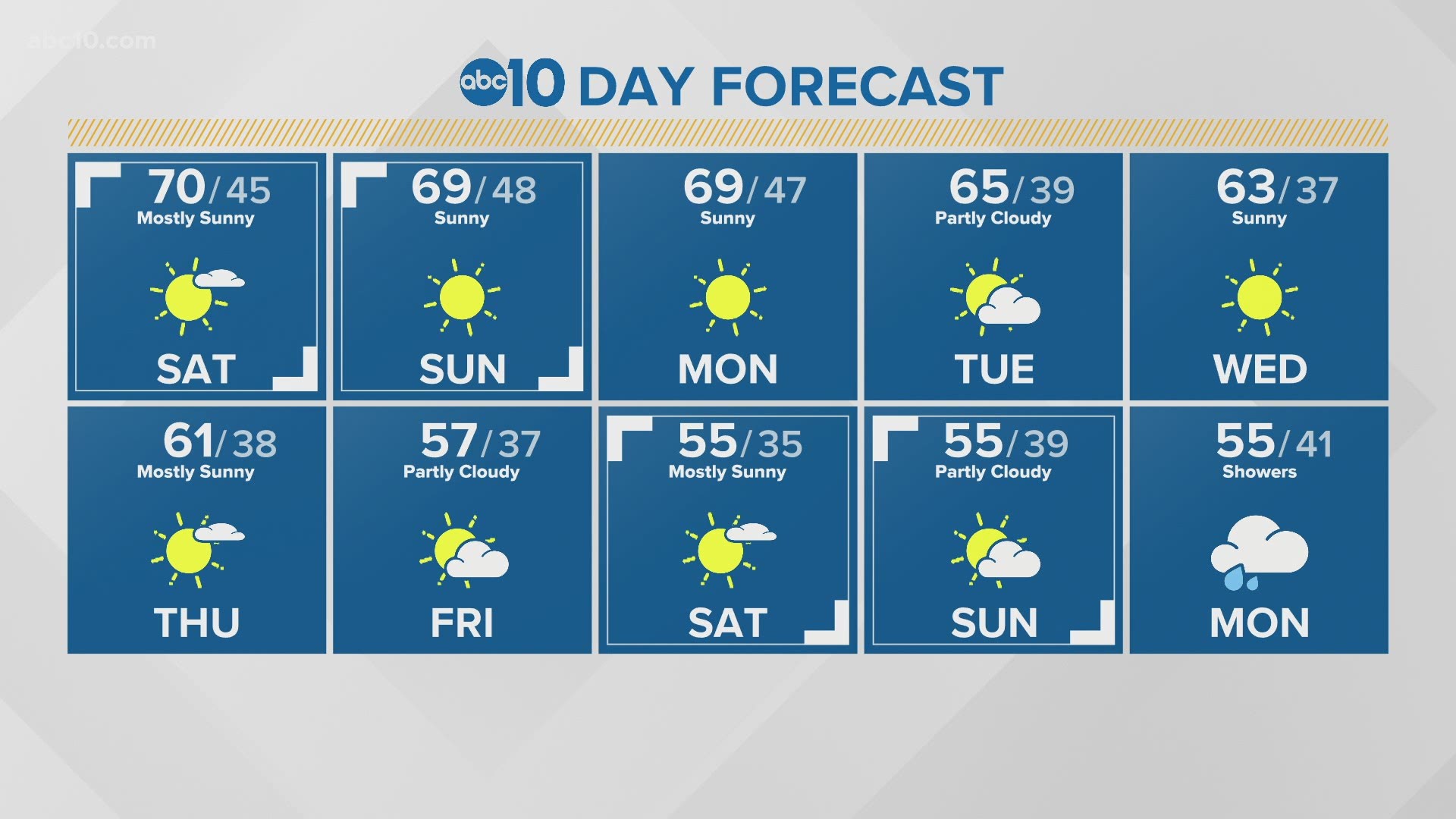 While the patchy fog may have its place in the morning, sunshine will be your friend by the afternoon. This means dry and comfortable weather, but it also could set records.

The temperature in Sacramento for Saturday January 16 is forecasted reach 70 degrees in Sacramento. That would break the record of 69 degrees set in 2014. Stockton, is forecast to reach about 69 degrees which would tie the record of 69 set in 2014. Highs in Modesto are forecast for 67 but with the longer lasting fog, temperatures may be well below the expected high. The record for Modesto on January 16th is 71 degrees set in 1970.

The earliest day of a calendar year on record for 70+ degree temperatures is given to January 6th of 1911.

Sunday temperatures could see temperatures broken again as the forecast highs will be in the upper 60s and low 70s. Record temperatures for Sunday, January 17th are 69 and 70 degrees.

Temperatures will cool in the mid to low 60s as a low pressure trough brings high winds into northern California Sunday into Tuesday evening. Further cooling is expected the following week with temperatures in the mid-50s.