A parrot walks into a bar, is rescued by West Sacramento avian savior

Kyle Trambley and his parrot, Inca, were just hanging out at Drake's The Barn. Then, they met an unlikely friend in need of help. 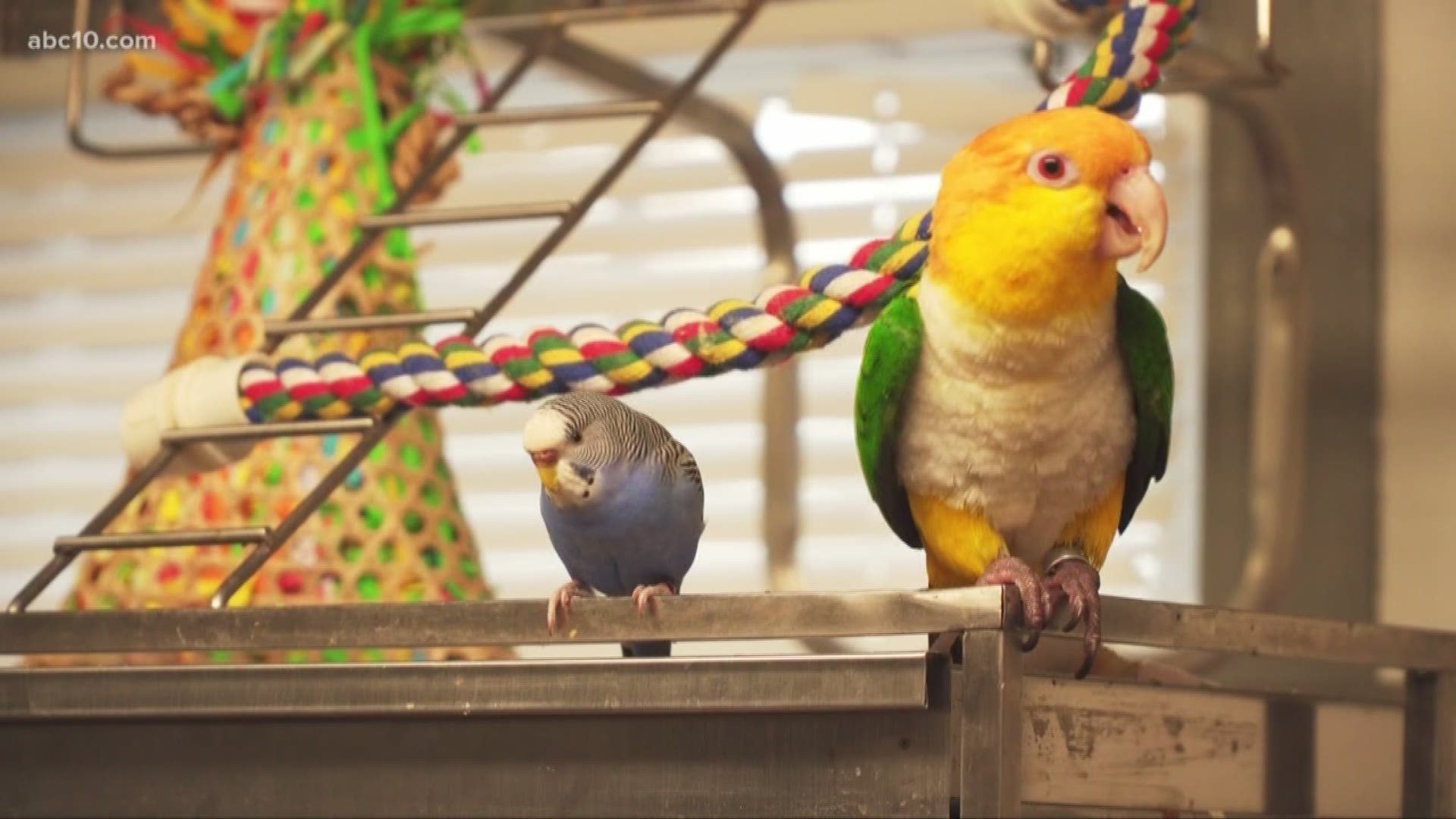 WEST SACRAMENTO, Calif. — Kyle Trambley was out on the town. His parrot, Inca, was perched on his shoulder as they walked down to the Capitol on an early November day. Inca, a caique parrot who is recall and command trained, was content to chill on Trambley's shoulder as they enjoyed their Saturday together.

The two buds were walking back to West Sacramento when Trambley and a friend decided to pop into Drake's The Barn for a drink.

"I'm standing in line to get beers, and my friend says to me, 'Hey, look! It's a bird on the tree right there!'"

Trambley said he thought it was just a sparrow or some other common California bird. After all, what could one really expect to see sitting along the Sacramento River in November?

"I turn around, and lo and behold, it's a Budgerigar parakeet," Trambley said. "It's a parrot. A small one, but a parrot."

Clearly, this bird was not where it was meant to be.

Trambley says it was obvious the parrot was socialized to humans. His first instinct was that someone had lost their beloved pet, seeing how comfortable the blue budgie was around people. However, though she seemed satisfied to hang out on a branch in a tree, she was not interested in joining in on the fun.

"There's like a gaggle of children that are chasing this little bird around with little pizza crusts and things, trying to coax it down. But there's a lot of energy, so bird wasn't having any of it."

Trambley also tried to coax the bird down. With a parrot carrier already in tow for Inca, Trambley knew he could take good care for the parakeet until he could find the owner. He had no luck in trying to temp the budgie into budging. With children running around, she was understandably cautious. Trambley needed to do something drastic.

"I used to work in a bird store and I've had birds my entire life," Trambley said. "I just kind of grabbed the bird out of the air, then put the budgie into my carrier, which already had bird food, treats and a water dish. It had a perch in it all ready to go, so the bird is able to calm down and kind of relax a little bit."

Parakeets like the blue budgie found at Drake's are used to moderate temperatures. While they can endure temperatures as low as 40 degrees, parakeets can develop hypothermia if it gets too cold. Trambley's quick thinking saved the bird from the incoming winter weather.

And what did Trambley do after this daring rescue?

"I then had a couple beers and headed home," he said with a laugh.

Once he and the budgie were acquainted, Trambley immediately started the search for the bird's owner.

"I've posted over 150 flyers around West Sacramento," Trambley said. "I've taken most of them down at this point, just because I didn't want them polluting. I posted to Next Door, Facebook, Twitter, Reddit, everywhere."

Weeks have passed. Though some people inquired about the parrot, none were the bird's owner. With the lack of response and manner in which the parakeet was found, it is believed that the bird was abandoned.

So, Trambley announced he would officially adopt her.

From Reddit: "Her name is Drake, and she will be well looked after in my flock. Thank you reddit for sharing the flyers and keeping with me on this strange journey."

Amanda Martin, Assistant General Manager at Drake's The Barn, confirmed this story and voiced her excitement that Trambley named the parakeet after the spot where she was rescued. And, she says, the two are now a somewhat common sight at The Barn.

"[Trambely] brought Drake back to The Barn at least one time that I saw myself. Matt Fox, our GM has spoken to the man a few times since he found the parakeet."

Drake joins a small crew of parrots, including Inca and a cockatiel named Sally. Though they're all still getting to know each other, Trambley says Drake has melded well with his other two birds. Here is to a long and happy life in parrot paradise!

WATCH MORE: How this odd hat may have saved peregrine falcons from extinction | Bartell's Backroads