Alfred Melbourne is the owner and operator of Three Sisters Garden, an indigenous led non-profit organization, that oversees four farms in West Sacramento. 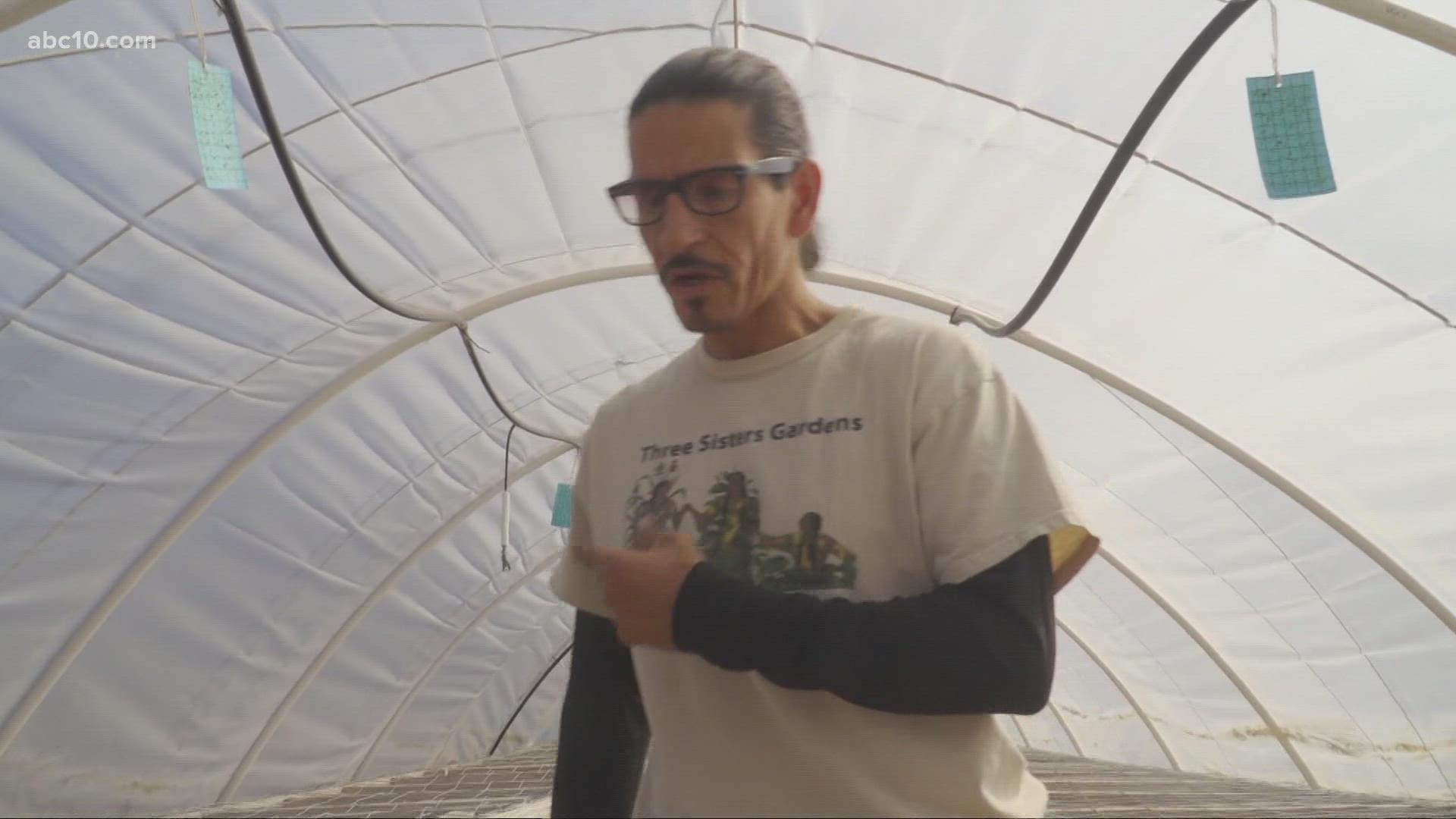 National Farmers Day, October 12, is all about honoring those who produce the nations' food, including urban farmers.

“There are many types of urban agriculture operations that work to address food insecurity,” according to the California Department of Food and Agriculture.

“We're giving them wholesome, organic, nutrient dense vegetables for free right here in a community where it's needed the most,” Melbourne explained. The farm yields a variety of produce including broccoli, cauliflower, spinach, kale, collard greens, lettuce, sugar and snap peas.

Today marks the last day of a weekly event hosted by Three Sisters Garden called “Free Farm Stand,” a place for residents to get fresh produce. Lisa Ortiz, a resident of West Sacramento, says she comes every Tuesday to pick up food from the stand.

“It's awesome that they have this for the people. I hope that more people will come out and support the farmers and understand the growth of the land and how we're blessed to have that,” Ortiz said.

This Tuesday will be our last Free Farm Stand for the season but stay posted to hear about our other opportunities to...

Posted by Three Sisters Gardens of Broderick on Monday, October 11, 2021

The organization not only focuses on serving local-grown produce to the community but also supports at-risk youth by turning them into farmers.

“The youth in our community [have] been over-criminalized, so we needed to create opportunities for [them], something positive to do,” Melbourne said.

For as successful as the farm has been, it has been difficult to sustain. According to the California Department of Food and Agriculture, not all farmers and ranchers have historically had access to resources and information in order to successfully run their agricultural businesses.

"If we're talking about one of the challenges, we're talking about access to land, funding, [and] resources," Melbourne said. “There is a lot of grants coming out, but we don't have [the] technical assistance or know-how.” He is currently self-funding the farm.