'They're orphans because somebody chose to drink and drive' | Parents killed, children hospitalized in West Sacramento crash

The driver who is suspected of causing the crash is believed to have been under the influence. 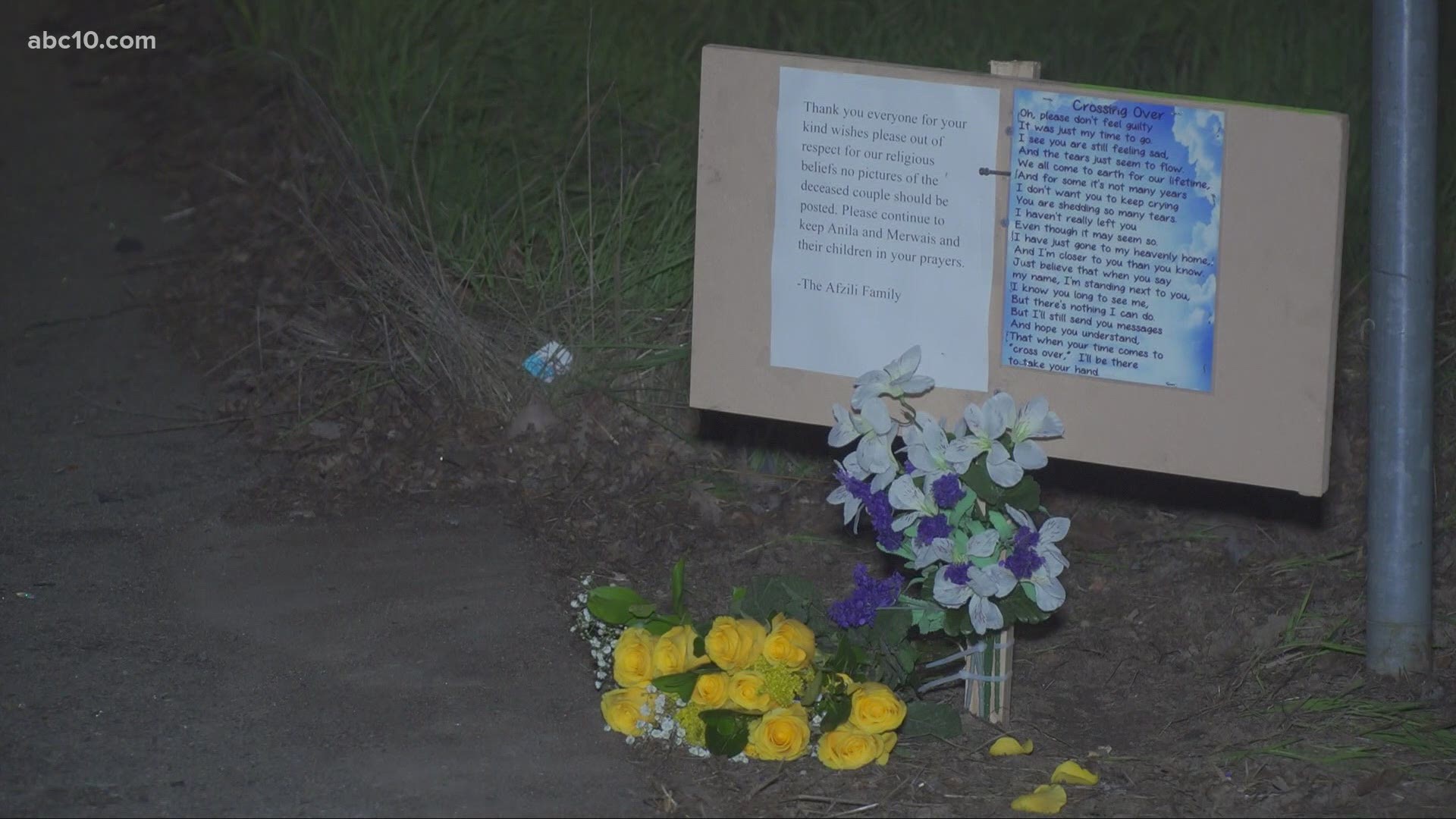 According to Sgt. Eric Angle with the West Sacramento Police Department, the accident occurred at around 11:32 p.m. on Monday, Feb. 15, when a driver crashed head on with a family in another car at Jefferson Boulevard, south of Locks Drive. That driver who is suspected of causing the accident was taken to a hospital with serious injuries.

The second car involved in the crash was occupied by a man, woman and two young children. The couple was tragically pronounced dead at the scene. Sgt. Angle said that it was not known if the two children had suffered serious injuries, but they were taken to an area hospital.

West Sacramento police is investigating the accident, with initial findings that the driver who caused the crash was driving while under the influence of alcohol and/or drugs.

Nicole Curran, a spokesperson for the family, said it was a "senseless act of of just selfishness and now they're orphans because somebody chose to drink and drive."

Rasul Afzili, 37, was a local food truck owner known as the Gyro King, and his Anila Afzili, 29, were killed in the accident, Curran said. The family was driving home after celebrating their father's birthday.

"They were very generous, they have a huge family, and they have many friends who were like family," Curran said. "The number one thing to do right now is to pray that they have closure. To pray that they're able to have the memories of their parents to feel their love every day."

WATCH MORE: 'She was a angel' | Family angry after 1-year-old girl is killed at West Sacramento motel