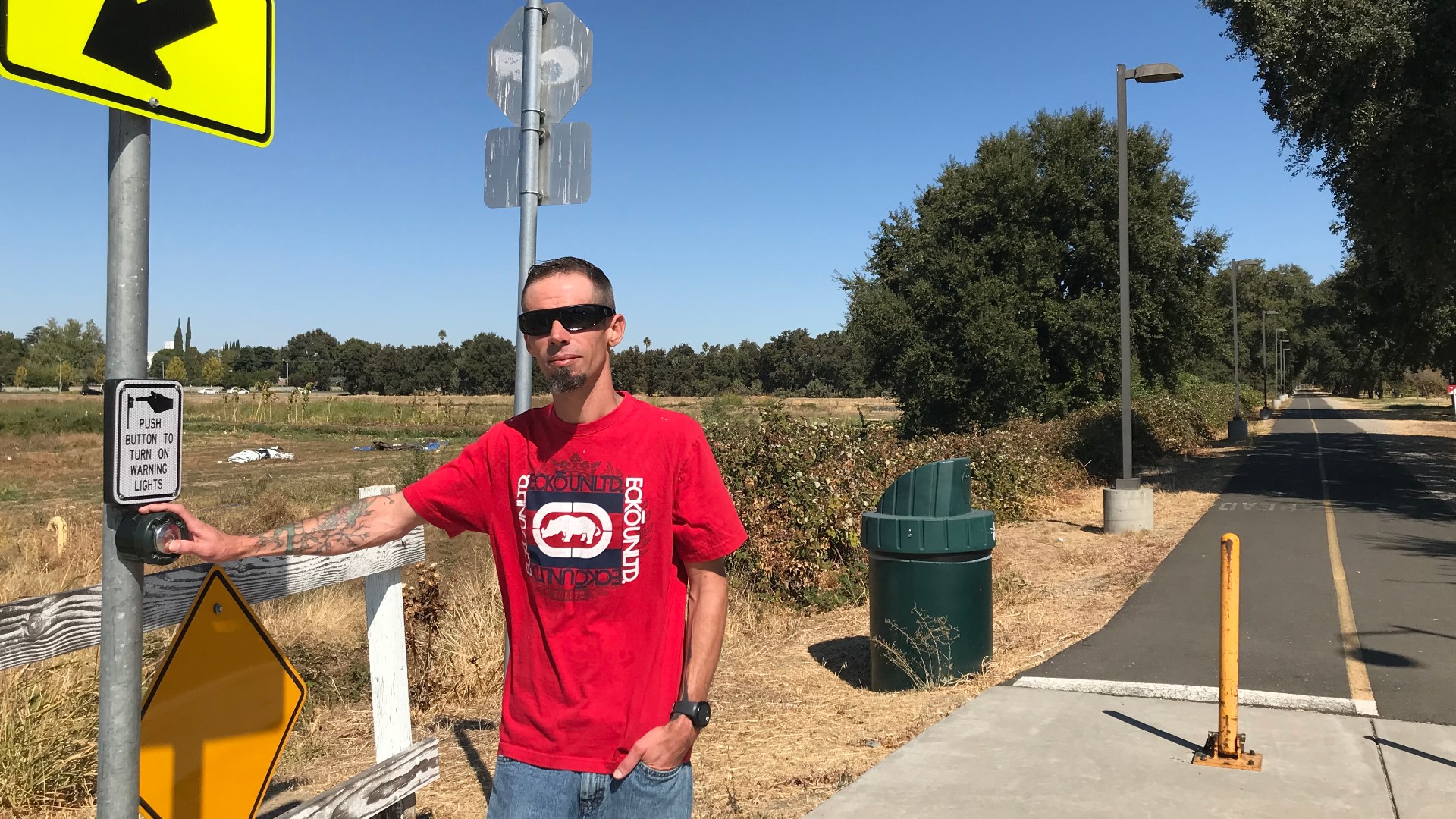 WEST SACRAMENTO, Calif. — Randall Brewer has lived in West Sacramento his whole life, and believes something needs to be done about the people rushing to get to work, using back roads to avoid traffic, and creating dangerous situations for bikers and pedestrians.

"In my point of view, they're making these rash decisions where, 'Okay, I can't go this way, so I'm going to go through this area,'" said Brewer. "So they end up making a left which puts them at 7:30 in the morning smack dab in school attendance traffic on their way to school."

RELATED: Davis scored 'among the highest' for bicycling. But why is 'Bike City USA' not at the top?

Brewer said his 17-year-old son was struck by a car the morning of Aug. 27, while he was crossing Gateway Drive along the Clarksburg Trail.

"He had some headphones in," admitted Brewer. "And it was a colder morning, he had a hood on. So he's heading down here, there was a girl in the crosswalk - already into the crosswalk - and there was a car parked over here. What ended up happening is the girl made it all the way through, so he started to go through and, as he made it to almost the other side..., that car proceeded to go, hit his back tire, flung him off and threw him into that tree right there."

"You know we teach all of our kids to look left and right before crossing a street, but some of these kids, they don't like to listen to what we say," said Brewer.

Brewer admitted the police found his son at fault. He said the police didn't explain why but that's what the report said. Brewer is frustrated and wants to see more done at intersections.

"Just make these more of a visual and audio, give them an upgrade," suggested Brewer. "Let there be sounds. Let there be lights. Let there be no doubt about it - somebody's in the crosswalk. These are our children."

Sergeant Jason Winger with the West Sacramento Police Department said the city takes such incidents very seriously and tries to ensure the public's safety. Sgt. Winger said there have been 3 such incidents in the past 2 months and it's not an area with a high number of collisions. Still, he said the public is encouraged to make their voices heard.

Nash Henderson rides the Clarksburg trail every day shuttling his kids to school and on errands.

"Everyone uses this trail - kids, adults, elderly, people walking their dogs, everything. It's highly used."

Henderson said the behavior of drivers is aggravating.

"It is kind of frustrating," admitted Henderson. "I'll be waiting for a whole minute. I'll push the button, and it will be blinking and people will just keep going until it doesn't blink anymore. It lasts like a minute, and then I have to push it again. That's usually only during traffic times, but it can be a problem. Cars don't seem to respect the flashing yellow."

He thinks he might have an idea to solve the problem.

"Maybe instead of having flashing yellow lights, maybe [have] flashing red lights so the cars actually have to stop or else they'll be ticketed," said Henderson.

Sgt. Winger said anyone who wants go make their voices heard should reach out through the West Sacramento Connect app.

RELATED: Why a new armored vehicle is coming to Davis Police Department

West Sacramento neighbors use app to crack down on speeders