PG&E says the issue started after a garbage truck ran into a power line. Crews admit they also ran into some challenges along the way. 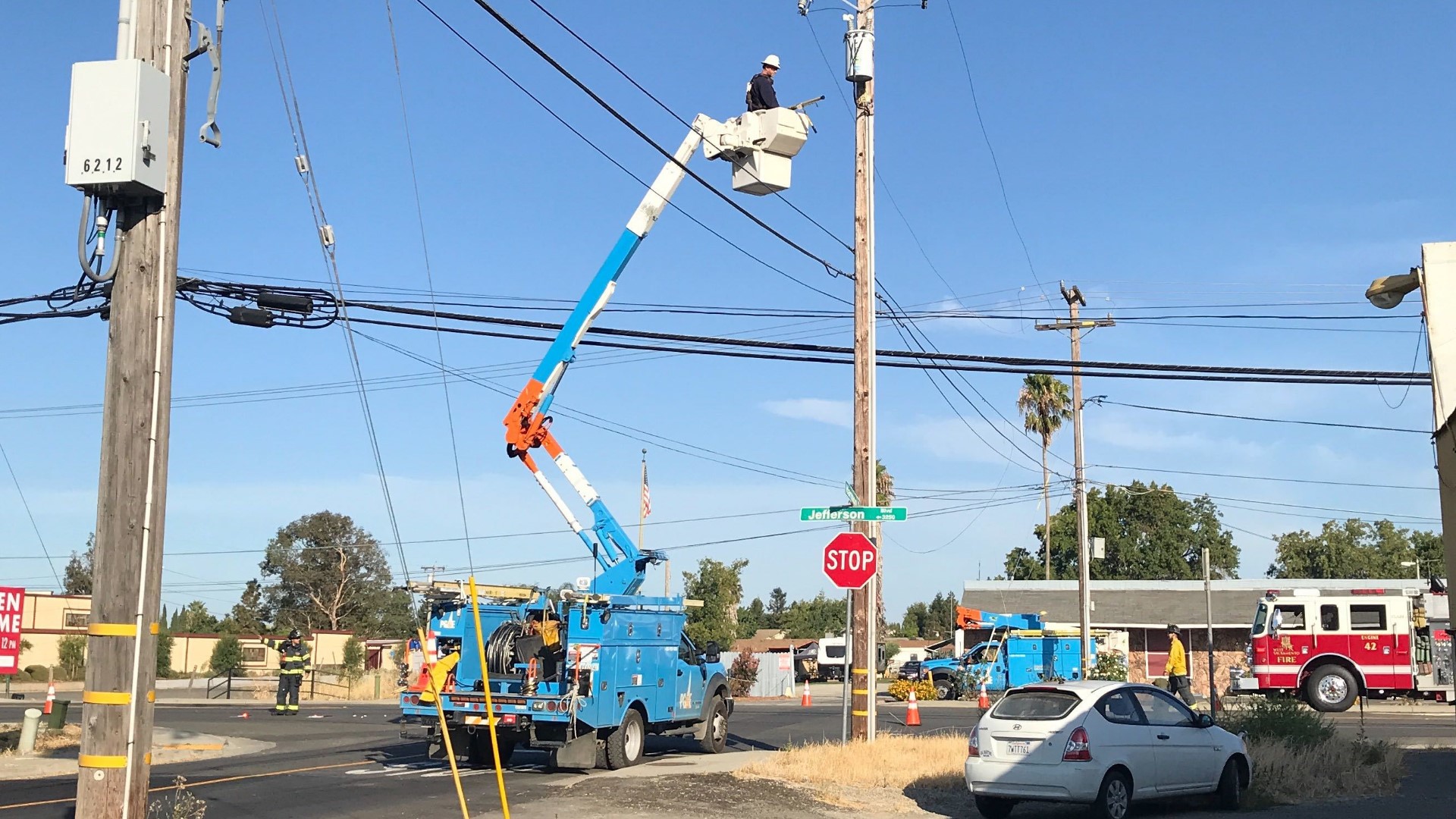 WEST SACRAMENTO, Calif. — A power line dangling in the middle of the street left hundreds of Pacific Gas & Electric customers in West Sacramento without power on one of the hottest days of the year.

"The power has been out all day," said Jeff, who was helping friends who live off French Avenue. "So I came out to help him with the refrigerator. It's a pain. I wish they would at least talk to us a little bit more about you know."

PG&E crews worked late into the night to restore power. More than 200 customers lost power, and because the community depends on electricity-powered wells, they were also without water.

"It's blazing hot in the house," noted Jeff, who opted to spend the evening outside.

PG&E says the issue started after a garbage truck ran into a power line. Crews admit they also ran into some challenges along the way.

"We're having trouble with [a] piece of equipment," said a member of the crew on scene. "Everybody should already be back on right now. The repairs have been made."

The accident coupled with some technical difficulties delayed the process, and after more than 12 hours we're told the lights finally came back on around 9 p.m.