The Yolo County DA's office called several officers to the stand Monday, releasing for the first time details of what happened the night of the shooting. 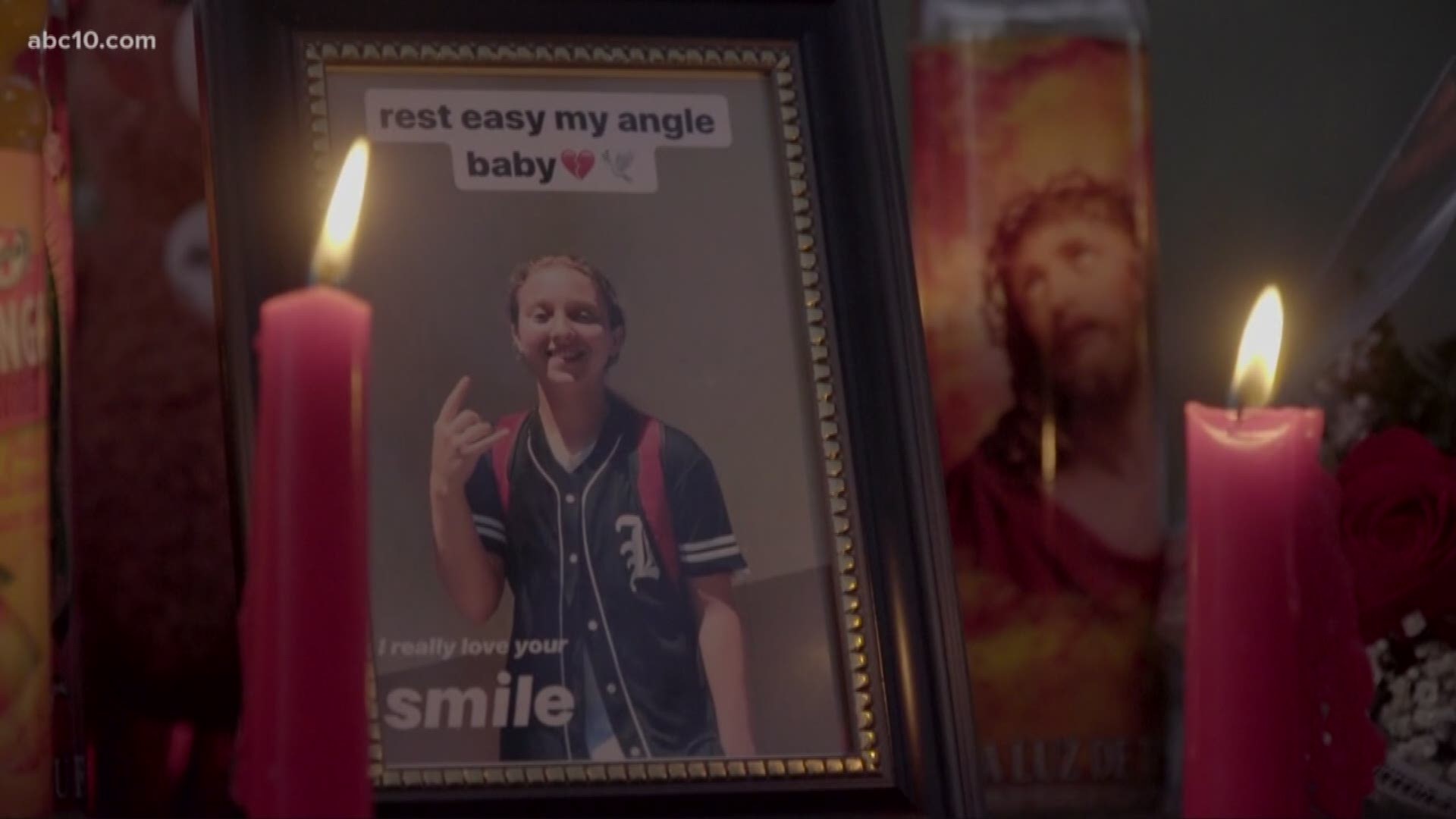 YOLO COUNTY, Calif — The Yolo County District Attorney's Office requested in court Monday to have two of the teens arrested in the shooting of a 16-year-old girl in West Sacramento be tried as adults.

The teens, both 16 years old - one from West Sacramento and the other from Elk Grove, were arrested the day after Samantha Farris was shot and killed after an apparent drug deal went wrong. The two teens are facing charges of conspiracy to commit a crime, robbery and homicide.

A third teen, a 16-year-old girl from Sacramento, is facing a charge of being an accessory to a crime.

In one of the courtrooms Monday, the Yolo County DA's office called in seven detectives and officers to the stand, releasing for the first time details of what happened the night of the shooting.

A detective who interviewed witnesses that night testified that Farris and one of the suspects arranged a drug deal on the social media app Snapchat. The exchange allegedly happened in a parking lot near the Clarksburg Branch Line Trail.

One of the suspects shortchanged Farris and ran away, the detective said. Farris and her friend allegedly ran after the suspects, and during the chase, one of the teens fired shots.

According to the district attorney, Farris died from a gunshot to lower left back.

One officer said seven shell casings were found at the scene, and various impact rounds could be seen on a fence line. The officer said an AR-15 semi-automatic weapon was later found in a black backpack with one of the suspects' name written in the bag.

The officer said the backpack was found at the suspect’s friend’s house after the teen dropped it off, because the weapon inside was "hot."

The county DA said there several surveillance and home security videos showing the events before and after shooting, including evidence that allegedly shows one of the teens wearing the black backpack.

The judge in the second teen's case pushed the transfer hearing to Tuesday, Jan. 14.