What are California's laws for selling homemade food?

The holiday season is here. 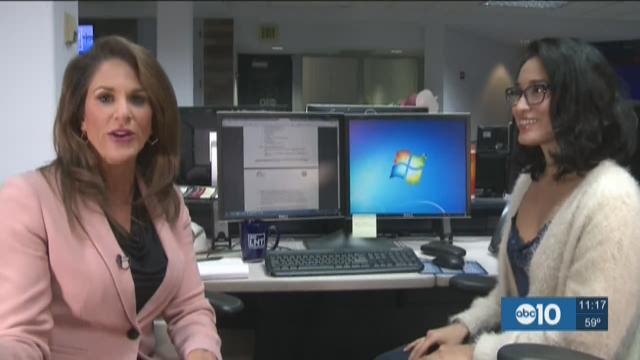 The holiday season is here.

For those who can't make it home for the holidays or who simply don't have the time or means to cook, buying homemade food from a neighbor or friend may be the next best option.

For many, it's not uncommon to know a 'tamale lady' or someone whose special dish is known in a local community through word of mouth or a mutual acquaintance.

But selling homemade food can be illegal.

A Stockton woman recently made headlines for selling her homemade ceviche, a raw seafood dish, on Facebook. The single mother of six is facing time in jail over misdemeanor citations, for operating a food facility and engaging in business without a permit.

There are laws in California allowing homemade food to be sold for profit, but there are strict guidelines and rules that must be followed.

What are Cottage Food Operations?

Only specific foods are approved for CFOs and have to be foods that don't require refrigeration to avoid people from getting sick.

These foods include baked goods without cream, custard, or meat fillings as well as dried fruit and nut butters and nut mixes. The list also includes confections such as salted caramel or fudge and fruit pies and fruit tamales.

CFOs fall into two categories, 'Class A' and 'Class B'.

'Class A' refers to CFOs are only allowed to engage in direct sales of cottage foods. This means there has to be a direct transaction between the consumer and the CFO location such as a home, a farmer's market or a holiday bake sale. 'Class A' CFOs don't generally require inspections from a local agency.

'Class B' CFOs can engage with indirect sales through a third-party retailer that holds a valid permit, such as restaurants or bakeries. A 'Class B' CFO is initially inspected before a permit is issued but isn't inspected more than once a year.

A CFO must make less than $50,000 or less in gross sales annually to qualify. It also needs approval from their local city or county to operate.

How much does a Cottage Food Operation registration or permit cost?

It depends on the local agency.

Both registration and permits also require taking a training course to receive a California Food Handlers card within three months of approval. This ensures food is being handled safely and under health code guidelines.

Can cottage food be sold online?

A seller can advertise and accept payment online but food must be delivered or picked up in person. A CFO can't mail out a product or sell outside the state using the internet.

Cottage food also has to be properly labeled, no matter if it's being sold online or in person. Labels not only have to follow federal law, but also have specific guidelines on what information needs to be included on the label.

Cottage food labels must state the words “Made in a Home Kitchen” or “Repackaged in a Home Kitchen” and name the ingredients used to make the product. It also needs to include whether it contains any of the eight major food allergens such as milk, eggs, fish or shellfish along with a list of other requirements.

The Stockton mother who sold ceviche on Facebook is now facing four misdemeanor charges, thousands of dollars in fines and a maximum of three years in jail. The charges are severe because she ignored initial charges for a misdemeanor plea, one year informal probation, and community service hours, according to San Joaquin County officials. Instead, her charges accumulated and she chose to go to trial.

Every local government has different rules of enforcement but a violation nearly always results in punishment.

The San Joaquin County District Attorney's Office said they charged the Stockton mother with operating a food facility without permission over concerns of food-bourne illnesses and because food facilities without permits and inspection, create unfair competition for businesses who abide by the law.

So if you're planning on selling your special holiday recipe to the public without a permit, think twice or you may find yourself in very hot kitchen.