What happened to Dixie the Dinosaur 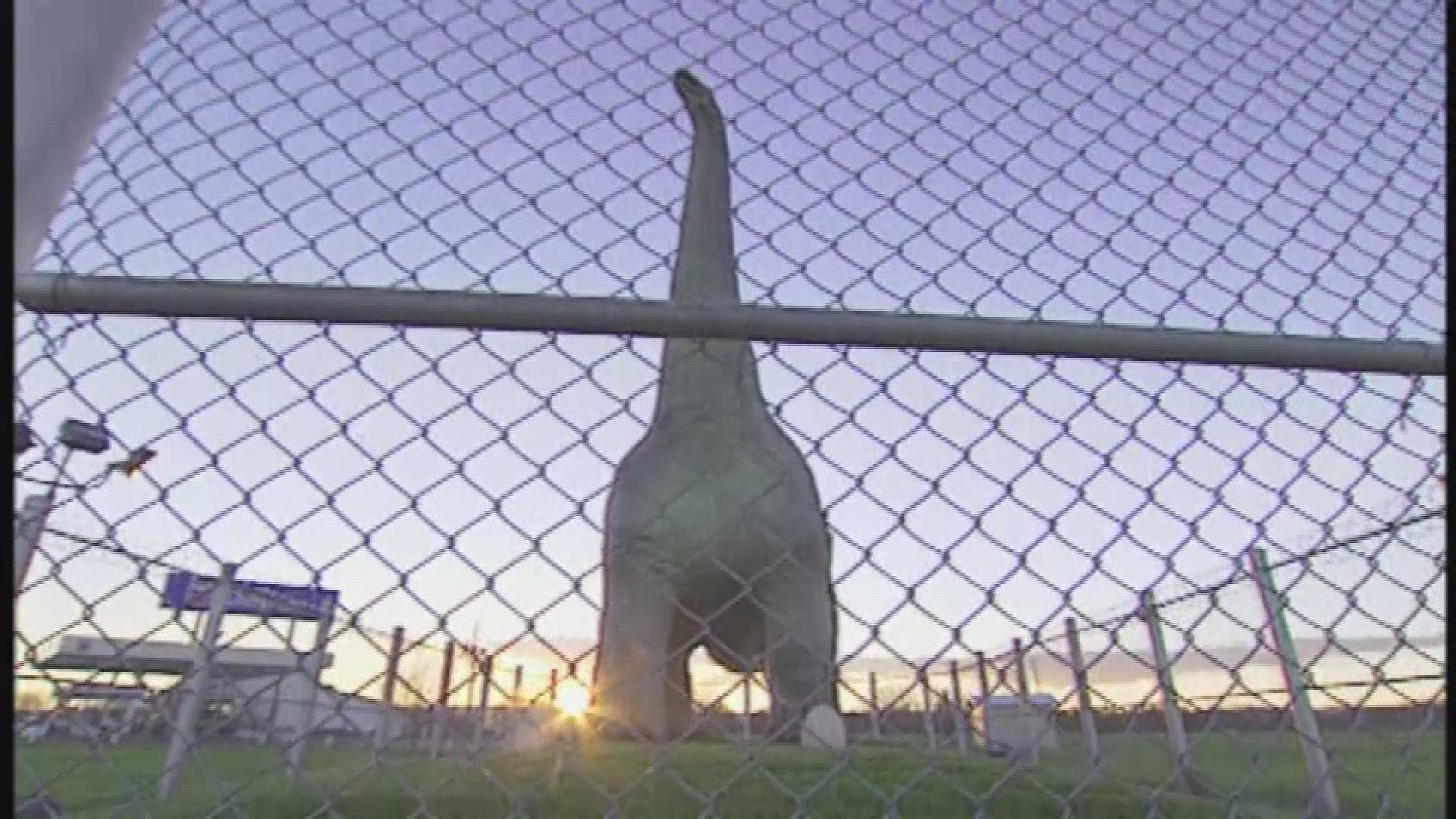 There is something missing at the gas station at exit 63 and I-80. It was a famous land mark in Dixon and it’s been gone for quite some time.

Some called it a marketing stunt, other saw it as point of interest but locals knew it as “Dixie the Dinosaur”.

“It was 3 or 4 stories tall. You could see it a quarter mile down the freeway,” said former Dixon Mayor Jack Batchelor. He knew the dinosaur well.

The 50-foot-tall fiberglass statue was a sort of advertising stunt for an old convenient store called Cheaper.

“I think the dinosaur was named Dixie after our town Dixon.”

Dixie was actually just outside the Dixon City limits.

The 15-thousand-pound dinosaur was flown in by helicopter and placed along I-80 in Solano County.

The prehistoric marketing stunt caused some controversy with county zoning officials. The dinosaur was not permitted the county debated over it for years until one day it was gone.

“The owner flew it out of here one day and it went west," explained Batchelor.

In 1998 Dixie was picked up by helicopter again. This time it was taken to a Cheaper Store in Benicia but the dinosaur didn’t stay long. In 2005 the Cheaper store was sold and Dixie disappeared for good.

Dixie’s disappearance has been kind of a mystery but the answer to her whereabouts can be found in a grassy field behind John Roscoe’s house in Fairfield.

“Dixie’s in 5 pieces. We cut her up so we could put her back together again," said Roscoe.

The fiberglass dinosaur pieces are scattered in no particular order and takes up a football field sized area.

Roscoe was the owner of the now defuncted Cheaper Convenience store chains.

“We decided all the stores had to have a theme. We had lots of fiberglass animals made up. My kids say I have a fiberglass addiction.”

You won't find any Cheaper store’s today. John sold them off to get into the cigarette business. That lead him into some trouble with federal prosecutors.

In 2011 he plead guilty to making false statements to a bank. Roscoe was ordered to pay $10.2 million in restitution.

"You learn from your mistakes and move on," that’s all Roscoe has to say about the topic.

Roscoe says his legal mistakes are behind him but, it’s not clear what’s in store for Dixie. The 15-thousand-pound dinosaur is not in a safe area.

"This area has burned twice since Dixie has been here. Once in 2008. Once last fall."

Roscoe says he lost his house in the 2017 fire that hit his property. Dixie survived, besides some fading paint the dinosaur is in remarkable shape.

"Anyone from any community that wants to put Dixie back together again can just call me," said Roscoe.