When can a police officer legally search your bag?

The Fourth Amendment protects citizens from unreasonable searches and seizures by the government unless a warrant is obtained upon probable cause. 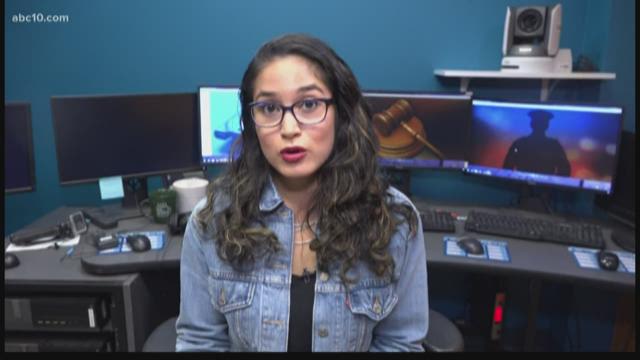 A viral video showing an Elk Grove Police officer searching a woman's purse during a traffic stop is sparking a debate about whether or not the search was legal.

Keri Williams, an 18-year-old from South Sacramento, posted the video she recorded of her interaction with the police officer last week on Facebook. Williams was catching a ride to work from her boyfriend's mother, Yvette White, when she said White was pulled over for car registration that was more than six months expired.

During the incident, Williams was told she was free to go, but she said she decided to stay and make sure White got home safely since her car was being towed over the registration violation.

In the video, an officer is seen asking Williams if she had any weapons in her bag and she answers, "no". The officer is then seen grabbing Williams' purse out of her hands saying, "let me look at it".

While Williams doesn't invoke her right to consent, she does ask the officer why her bag needs to be searched. Williams claimed the encounter "didn't feel right".

So, what are your rights if a police officer wants to search your bag or purse?

The Fourth Amendment protects citizens from unreasonable searches and seizures by the government unless a warrant is obtained upon probable cause. A warrant has to specifically state and describe what is to be searched.

However, there are ways law enforcement can work around this constitutional right. In Terry v. Ohio, the U.S. Supreme Court ruled that a police officer can carry out a warrantless frisk or search if there is reason to believe a person is armed or poses danger to himself or herself or others. If a search is disputed in court, the officer would have to prove there was probably cause to through a purse without consent. Law enforcement also has to be specific to what is being searched and why.

In the Elk Grove Police case, Williams was not in the car so other laws pertaining to car searches, such as vehicle inventory-- where police can search an impounded car for inventory purposes-- wouldn't apply.

While the legal logistics vary from case to case on how or why an officer is asking to search a personal belonging such as a purse, citizens do have rights they can assert.

If you consent to a search and an officer finds anything that can be used against you in court, it makes it that much more difficult to build a defense.

In Schneckcloth v. Bustamonte, the Court found officers did not legally have to inform a person that consent to a search without a warrant or probable cause is a choice. Police can pose a search as a demand or use bluffing techniques to carry out a search.

There is much gray area to be explored in the case of the purse search by the Elk Grove Police officer because of how both the officer and Williams reacted during the encounter.

On Tuesday, ABC10 visited a "Know Your Rights" training session hosted by the National Lawyers Guild at the Oak Park Community Center to get a better understanding of whether or not constitutional right were violated.

"There's mixed feelings there," said Danny Garza, a law student who led the training. "In order for an officer to search somebody's belongings they need consent, a warrant or probable cause. And throughout the video they said, 'You're free to go, you're free to go,' and then he searched her."

Although the officer is seen physically grabbing the purse from Williams and it was best she didn't resist, she doesn't verbally oppose to the search.

Garza said silence can be taken as consent and a person generally needs to invoke their right not be searched.

"An officer can say, 'I'm going to search your purse, OK?' And if you don't say, 'No, I don't want you to search, there is debate," he said, "There is wiggle room to say maybe it was lawful."

Law enforcement could make the argument Williams' purse was big enough to possibly conceal a weapon and since she refused to leave the area, the officers could argue their right to ensure their safety while finishing up their work. She technically wasn't detained but she also made the choice to stay in the area where the officers were working on their report.

The details would ultimately have to be ruled in court room.