Where does California rank on gas tax rates? 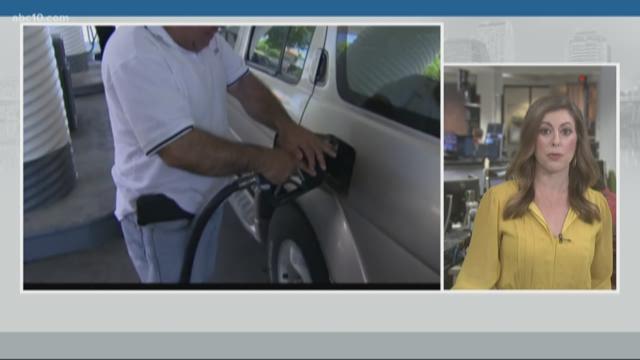 California’s gas tax increase, set to take effect Nov. 1, has become a point of contention between Democrats and Republicans in the state legislature.

But where does California’s gas tax rate fall nationally?

Currently, California has the sixth-highest gas tax rate in the nation at 59.87 cents per gallon, according to the American Petroleum Institute.

Pennsylvania takes the top spot, with a combined state and federal taxes totaling 77.70 cents per gallon. Washington has the second-highest rate at 67.80. Next on the list are Hawaii, New York and Indiana, all of which crack the ‘60s at 62.88 cents, 62.44 cents and 60.30 cents, respectively.

However, when the California excise tax increases fully take effect in July 2019 — going up to 47.3 cents per gallon — the combined gas tax in California will jump to an estimated 76.7 cents per gallon, assuming a 9 cent sales tax rate and the current 2 cent underground storage tank fee.

That figure will bring California within one cent of the highest gas taxes in the nation — Though several other states, including Indiana, Montana and Oregon, have also recently passed legislation increasing state gas taxes.

Diesel fuel, meanwhile, will be subject to different increases on Nov. 1. The current 16 cent base excise tax will jump to 36 cents, while the sales tax rate on diesel will increase from 1.75 percent to 5.75.

The tax increases will provide an estimated $52 billion for repairs to California’s deteriorating roads and bridges.

Starting Jan. 1, drivers will also see a vehicle improvement fee, between $25 and $175 depending on the vehicle's value, paid along with their vehicle registration.