'Why are you doing this to me?' | 68-year-old woman claims she was thrown to the ground by police for speeding

Stephanie Bottom alleges she was thrown to the ground during a traffic stop that started because officers said she was speeding. 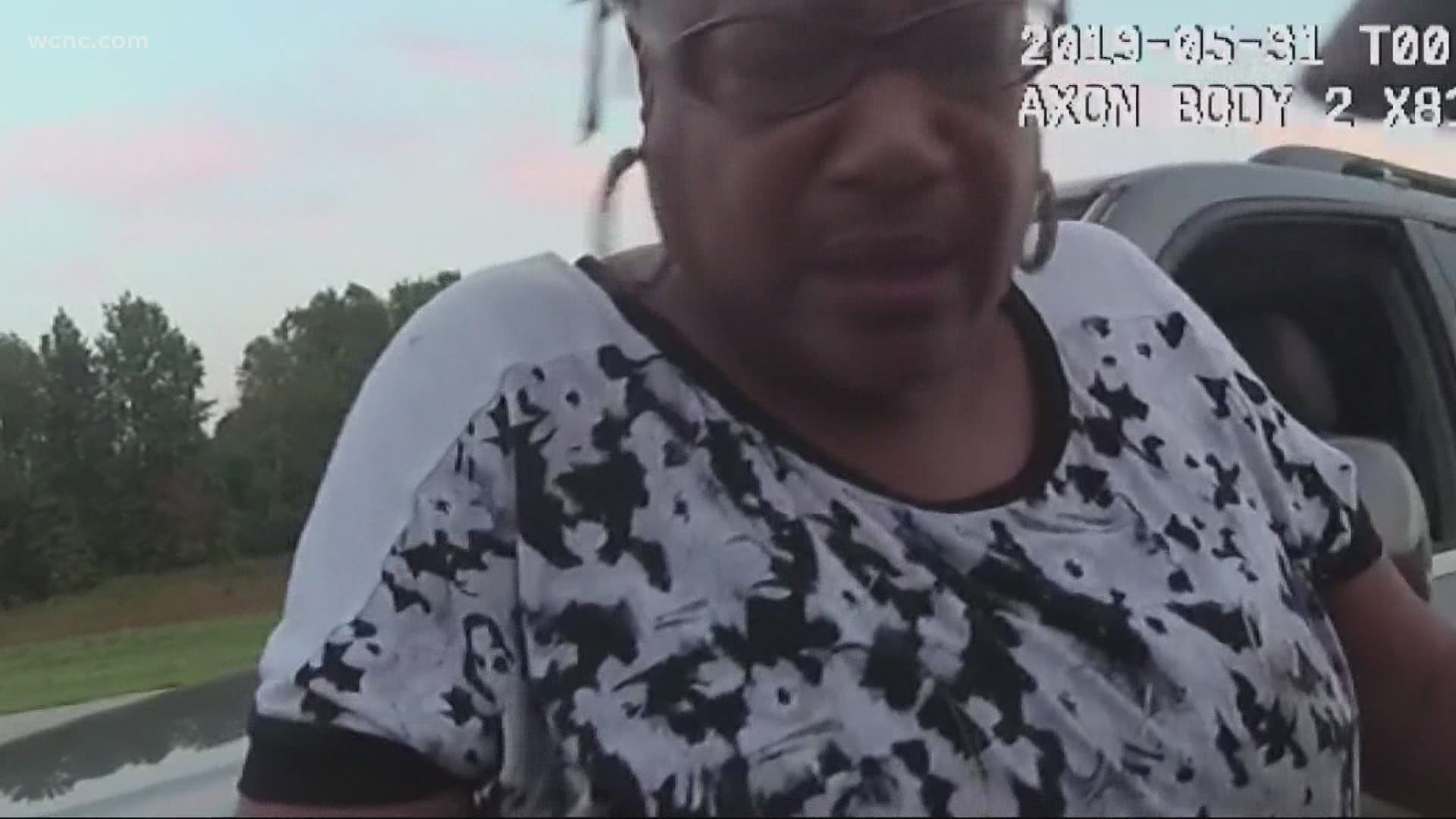 SALISBURY, N.C. — A 68-year-old librarian is suing the City of Salisbury and the Rowan County Sheriff's Department after she said they crossed the line in arresting her during a traffic stop.

"They had guns to my head," the woman who filed the lawsuit, Stephanie Bottom said Friday. "I was terrified."

WCNC Charlotte received the body camera video and the lawsuit itself.

The body camera video shows Salisbury Police and Rowan County Sheriff's Deputies on a chase for more than 10 minutes, trying to get a woman to pull over for speeding.

Bottom, who was 67 years old at the time of the incident, said she didn't know they were after her. But when she stopped that's when things escalated quickly.

"I was in terror and in fear of my life," Bottom said. "I thought that I was going to die."

The take-down happened along I-85 in Rowan County in 2019 and it's prompted a federal lawsuit that was filed Wednesday.

In the body camera video, you can hear the exchange between Bottom and an officer

Bottom: "Please! why are you doing this to me?"

Officer: "Ma'am you're under arrest."

Bottom: "Why? good gosh! What have I done wrong?"

According to the lawsuit, it started when Bottom was on her way to a funeral from Atlanta.

Body camera video shows officers chasing her with lights and sirens for at least 10 minutes along the highway.

In the video, you can also hear one officer providing his own commentary.

Bottom's lawyers said she was fearful of police and once she realized what was happening, she wanted to get off the highway to pull over.

When she finally stopped, law enforcement could be seen moving in with guns drawn.

The video goes on to show Bottom's door opening and it looks like she starts to take her seatbelt off before another officer moves in, grabbing the 67-year-old by her arm and hair, throwing her to the ground, and arresting her.

"Why would they treat an old woman like this? You wouldn’t treat your daughter, your sister, your mother your aunt in this way," Bottom said.

In the video, Bottom questioned why it was happening to her and police on the scene responded.

Officer: "Ma'am there were about three police cars behind you for about 10 miles."

Officer: "Because you were speeding! It was a simple traffic stop -- that was all we had to do, write you a ticket and you turned it into this."

In the lawsuit, Bottom claims officers tore her rotator cuff, requiring surgery. She was taken to a hospital and officers decided not to arrest her after she got out, according to the lawsuit.

Bottom said she is suing for excessive force, unlawful search, and assault, among other allegations.

"These officers need to be accountable for what they did," she said. "I don't want anyone else to go through what I went through."

Bottom was charged for speeding, failure to stop for officers, and resisting arrest. She pled guilty to the failure to stop charge, and all the other charges were dropped.

The Salisbury Police Department released a statement to WCNC in which they said they "strive for positive interactions with residents and visitors, including in cases where they may suspect criminal activity."

Both Salisbury Police and the Rowan County Sheriff's Office said they wouldn't comment any further on pending litigation.

Educational material from the State of North Carolina confirms drivers may call 911 before getting pulled over if they have questions or concerns about why they are being stopped.

The documentation explains drivers should "place both hands on the steering wheel and instruct any passengers to keep their hands in a position that is clearly visible."

The state-provided material says drivers can report an officer's behavior to the officer's agency if they feel the officer acted in an inappropriate way. The officer's name can be obtained from any traffic ticket or citation they may issue.