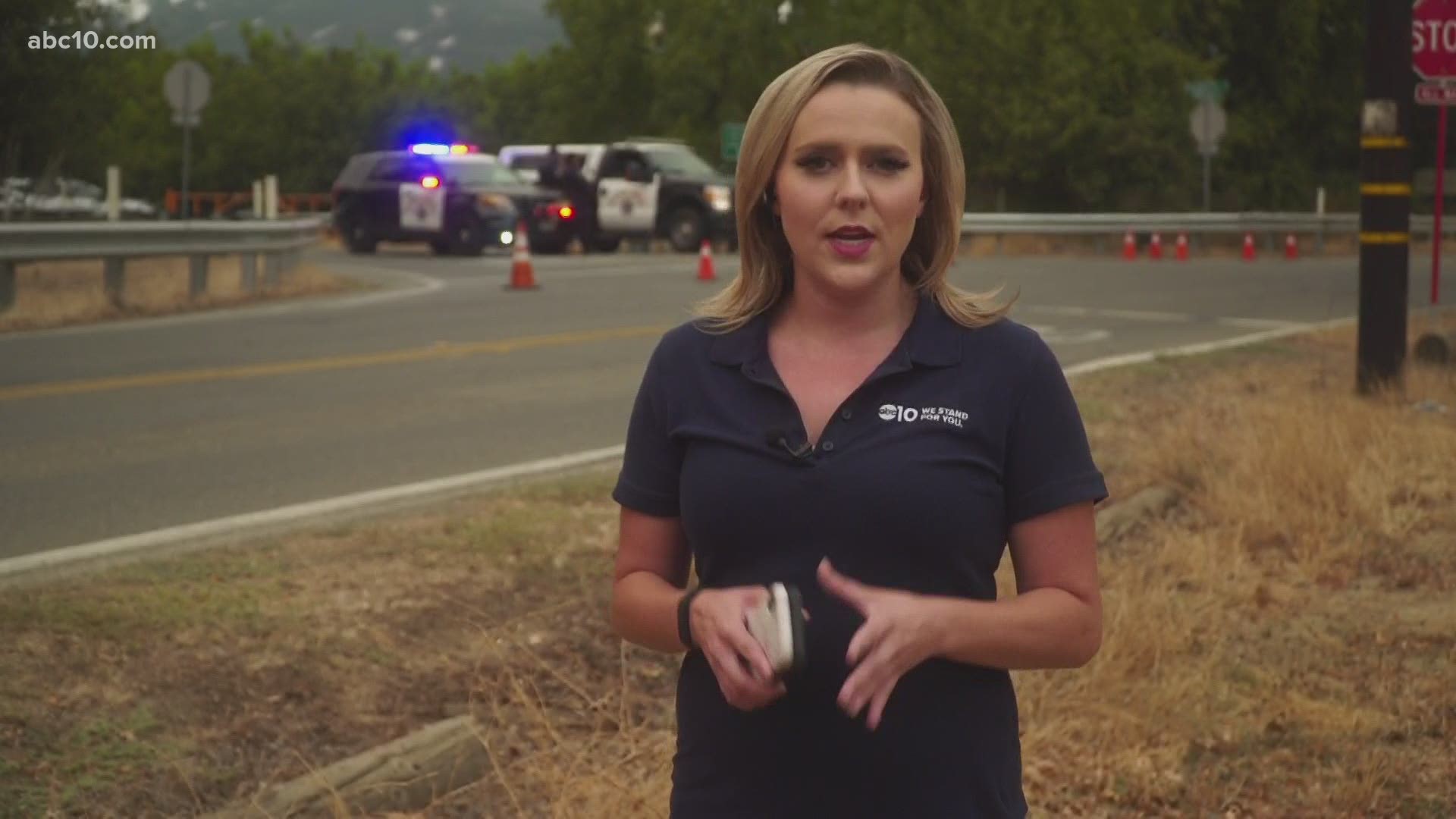 SOLANO COUNTY, Calif. — Authorities say at least one resident has died in wildfires that are raging through Northern California and threaten tens of thousands of homes.

Solano County Sheriff Thomas A. Ferrara announced the man’s death Thursday, but he didn’t have additional details. The man's identity will not be released until next of kin is notified.

At least two other people have died in the dozens of major fires that have forced tens of thousands of people from their homes in the San Francisco Bay Area, wine country and portions of the Sierra Nevada.

A Pacific Gas & Electric utility worker assisting with advance clearing was found dead Wednesday in a vehicle in the Vacaville area between San Francisco and Sacramento.

A pilot on a water-dropping mission in central California died Wednesday when his helicopter crashed.

According to Cal Fire, the LNU Lightning Complex Fires have destroyed at least 105 houses and damaged 70 more.

The number of structures threatened has grown to 30,500. That increase comes as we see some cities like Vacaville and Fairfield begin to lift evacuations in some areas.

Cal Fire still reports the fire at 0% containment and is asking people to still prepared to leave the area, even as some evacuation orders are lifted.

Ben Samrick grew up with horses and has moved more than 30 horses to his farm where they can live safely. So he knew he could lend some expert help.