The Federal Communications Commission shows 874 cellphone towers were offline during a power shutoff on Oct. 27, 2019. 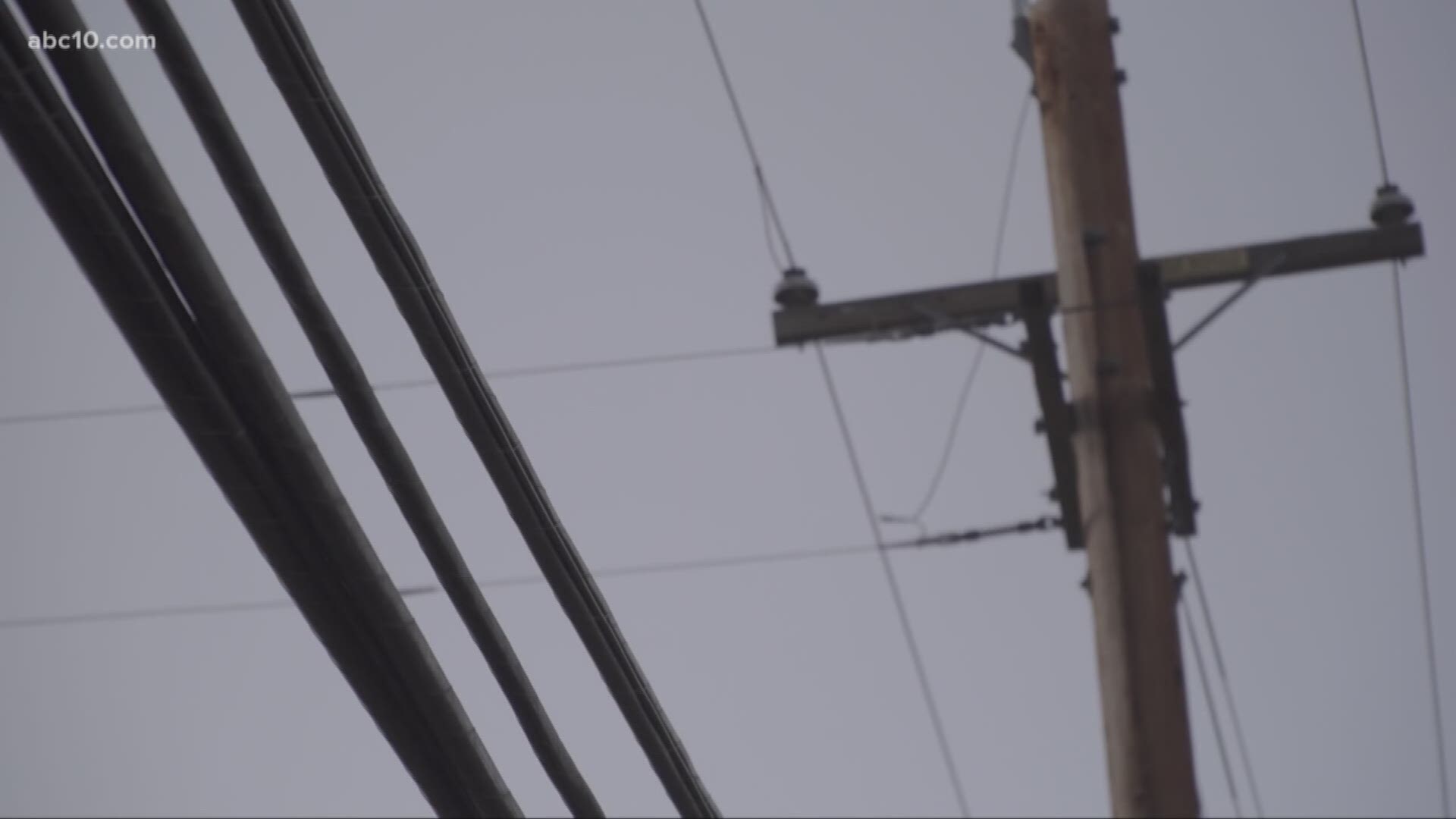 SACRAMENTO, Calif. — California's preemptive power shutoffs to prevent wildfires have affected more than just lights. Some lost their phones, too.

Data from the Federal Communications Commission shows 874 cellphone towers were offline during a power shutoff on Oct. 27, 2019. That included more than half of the cell towers in Marin County alone. On Wednesday, Jan. 8, 2020, some Democratic state lawmakers announced legislation that would require telecommunications companies to have at least 72 hours of backup power at cellphone towers in high-risk fire areas. Representatives from the telecommunications industry told lawmakers in a separate oversight hearing on Wednesday that the bill is unfair.

Nearly a million PG&E customers had their power turned off during the shutoff.

PG&E estimated 2019 it would cost $65 million to credit the 738,000 customers whose power was shut off during one of the company's power outages to minimize the chances its outdated electricity lines would ignite a fire.