"The fire made it just 10 feet outside our backdoor." 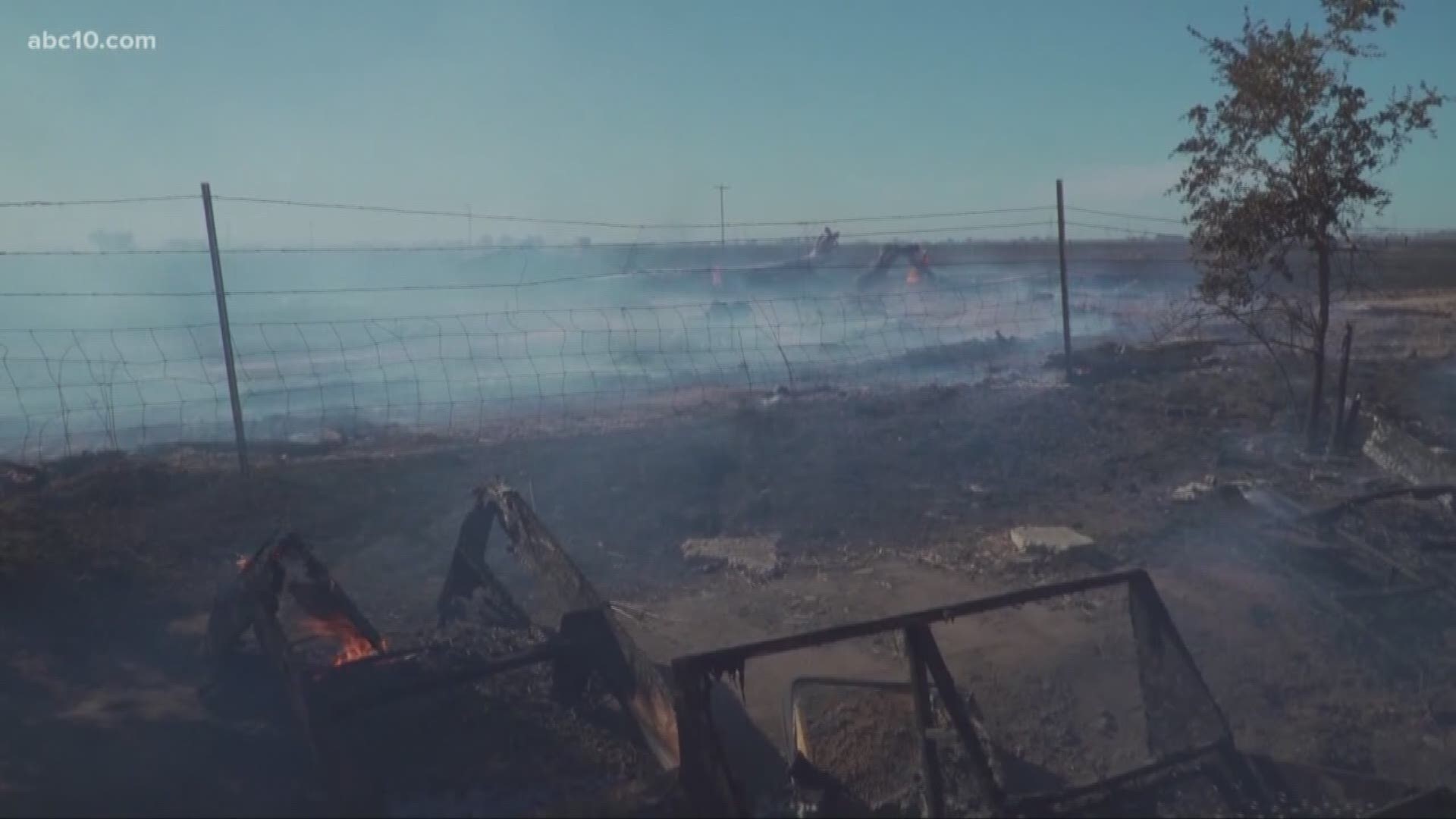 ELVERTA, Calif. — As the Baseline Fire tore through more than 600 acres along the Sacramento-Placer County line on Friday, it came eerily close to the Gibson Ranch in Elverta. With over 100 animals on the ranch, the staff realized they had to act fast.

The ranch is about 325 acres in size and is home to cattle, horses, goats, and other animals.

"These are 1200 pound animals who are terrified of fire," Ose said. "Their natural instinct is to run, to flee. You've got to be able to work with an animal like that. You got to be calm."

Zachary Leyden, president of Trail Brothers at Gibson ranch, recalled how close the fire came to his pasture.

"The fire made it just 10 feet outside our backdoor. It burned right up to the edge of it," he said. "The firefighters put it out just in time. A big thank you to them. They saved our butts over here."

RELATED: These 'cowboys' have saved thousands of animals from California wildfires

Believe it or not, the animals play a significant role in fire prevention at the ranch.

"They stand out in the field and eat grass. That's their job to keep the grass down inside the park so we don't have a fire issue inside the park. If you go through the 320 acres you'll see different spots where we moved our livestock. The purpose being take the grass down and eliminate the fire hazard," said Ose.

The fire was contained shortly before 7pm on Friday. At this time, the cause of the fire is unknown.