The Sugar Fire, which is part of the Beckwourth Complex Fire, has spread due to winds. 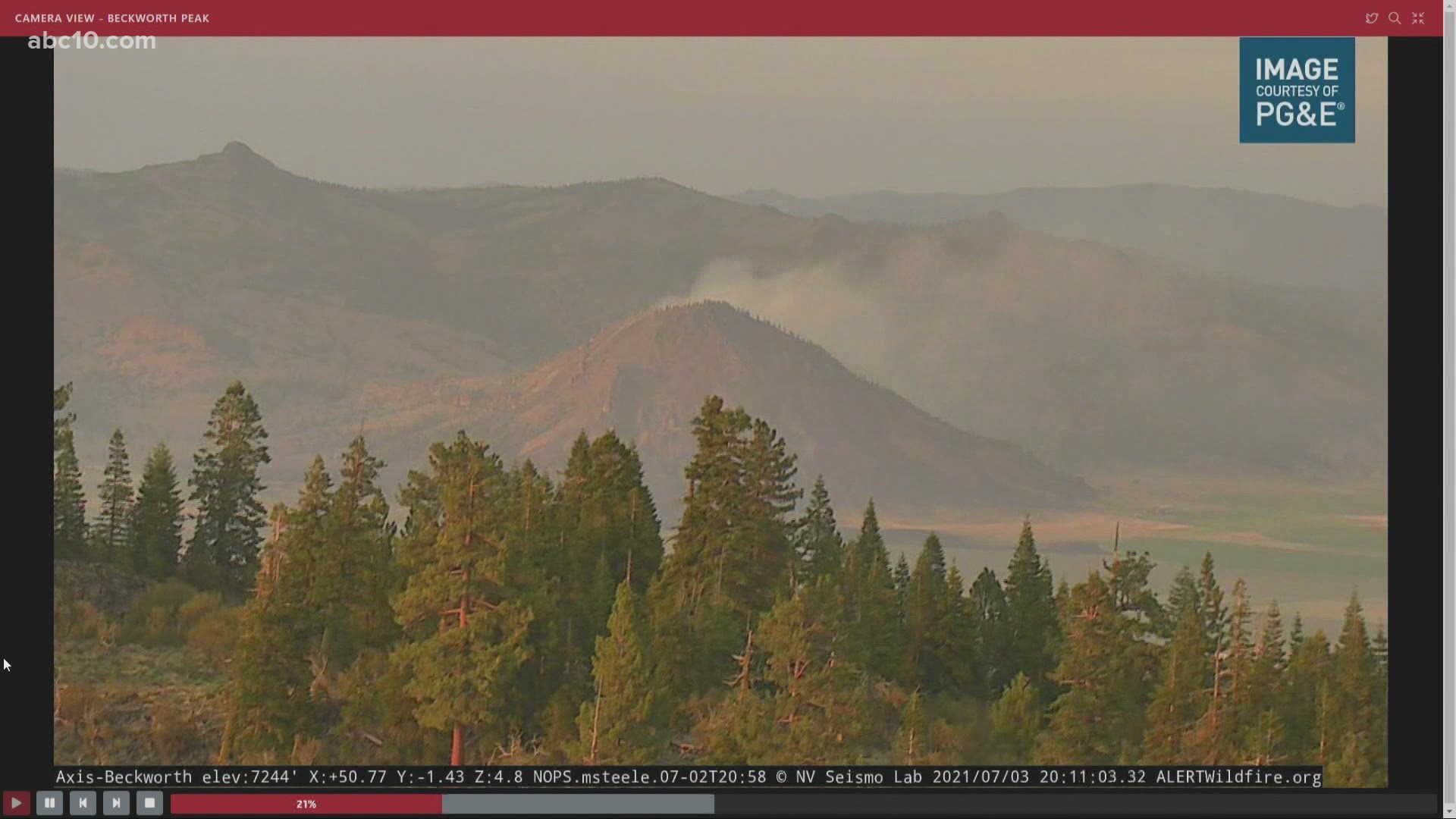 PLUMAS COUNTY, Calif. — On Tuesday afternoon, the Sugar Fire, one of two wildfires that make up the Beckwourth Complex Fire, jumped containment lines and burned thousands of acres overnight.

Citing the flare up on Tuesday, the Plumas County Sheriff's Office issued evacuation orders for Beckwourth Genesee Road to Harrison Ranch Road. An evacuation advisory was also put into effect for Dixie Valley. On Wednesday afternoon, residents of Frenchman Lake Cove were given an evacuation order requiring them to leave the area immediately.

1,875 acres burned overnight amid gusty 20-35 mph winds. The Beckwourth Complex is currently at 3,035 acres total according to the latest update. The Dotta Fire is 40% contained and the Sugar Fire, the larger of the two, is 28% contained.