According to Rep. Josh Harder, D-Turlock, the bill includes funding for fire-spotting satellites and to convert seasonal wildland firefighters to full-time. 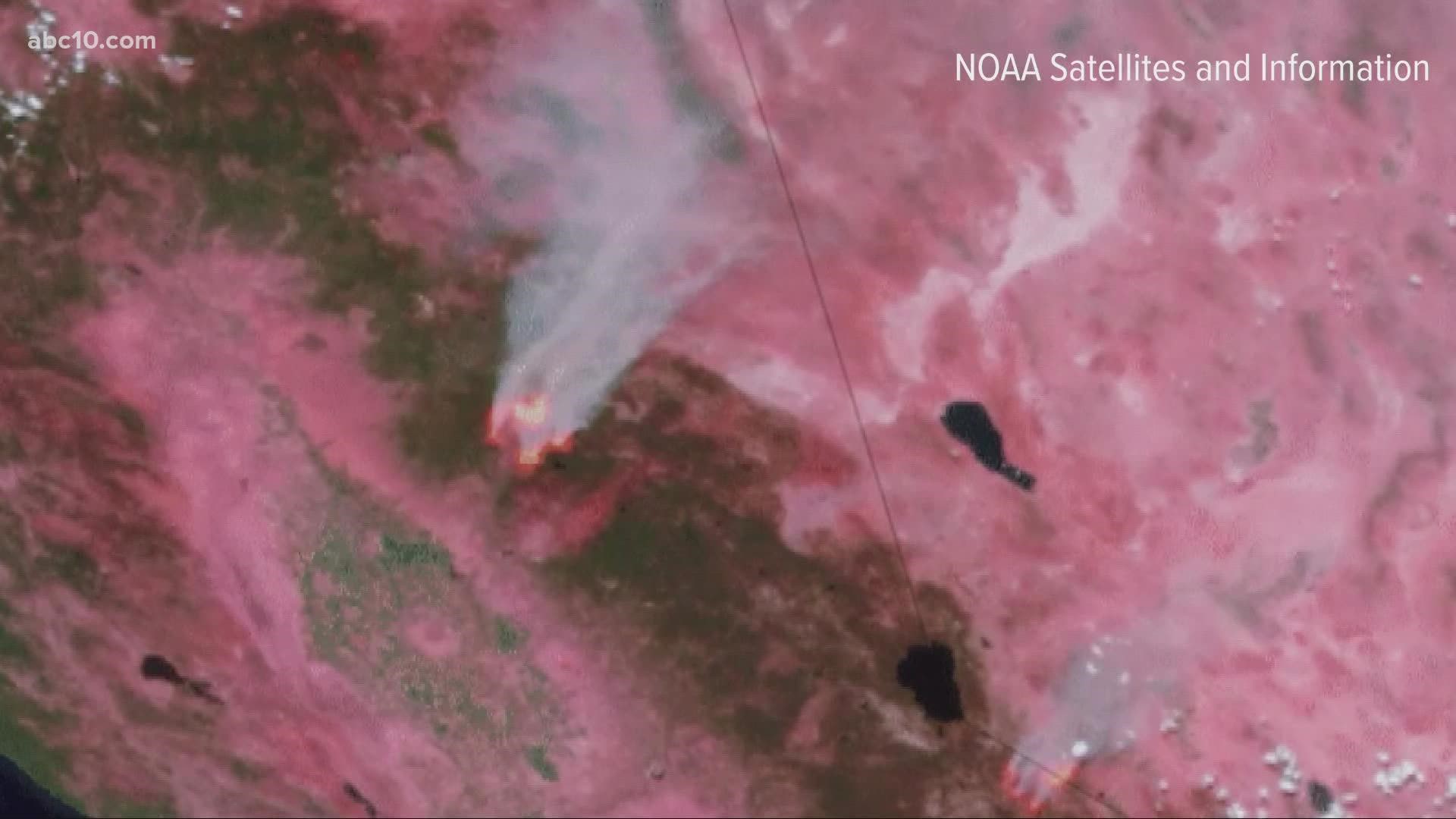 "We have to get this done," Harder said. "I've been working on this for a year; I was part of a group of 30 Republicans and 30 Democrats who put our heads together to figure out what we could do to keep our communities safe."

Harder's office said the bill includes funding to convert 1,000 seasonal wildland firefighters to full-time and give every federal firefighter a pay raise. It would also include $80 million for new supercomputers to predict wildfires, $100 million in sensors to track them as soon as they start, and $20 million for fire-spotting satellites.

"Say that there’s a lightning strike in a very remote area from many people, and nobody sees the smoke, nobody calls it in," said NOAA/NESDIS GOES-R program scientist Dan Lindsey. "Once the fire grows a bit we can actually detect it from satellite."

Lindsey works with geostationary satellites that can detect new hot spots, wind shifts and smoke movement, important information for firefighters on the ground and aircrews determining whether it's safe to fly.

Additional investments in the fire-spotting satellites could include "more research and development on how to take the information we’re receiving from the satellites and learn more about the fire themselves," Lindsey said.