Although the Getty Center is nearby, officials say the facility was built with thick walls and doors to compartmentalize any flames. 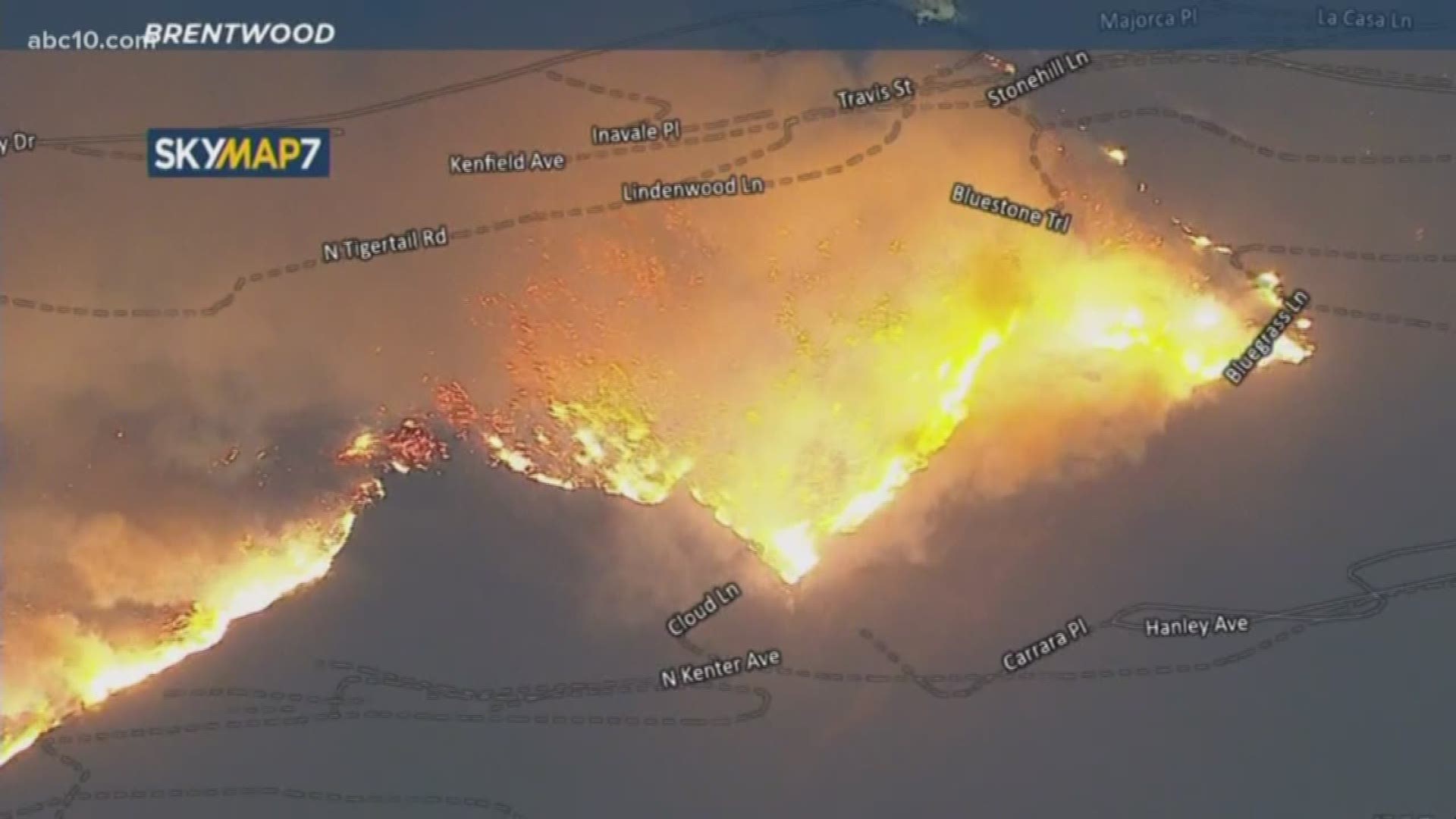 Los Angeles Mayor Eric Garcetti says the wildfire in the city's western neighborhoods has scorched more than 600 acres, but its growth has slowed.

Garcetti says the evacuation area has been slightly reduced after stretching from the Brentwood area down to Pacific Coast Highway in the Pacific Palisades neighborhood area early Monday. The earlier evacuation orders affected 10,000 homes and businesses.

Homes have burned since the fire erupted around 1:30 a.m. and was swept by Santa Ana winds into canyons and ridgetop neighborhoods, but there's still no exact count of how many were destroyed.

Los Angeles Fire Chief Ralph Terrazas says his firefighters had to make tough choices about which homes could be saved.

Garcetti says the cause of the fire is under investigation.

The dry offshore gusts are expected to be replaced by a return of moist ocean air in the afternoon. But Santa Ana winds are forecast to return Tuesday night.

The J. Paul Getty Museum in Los Angeles has tweeted photos showing the campus of The Getty Center unharmed by a wildfire raging nearby and has prompted evacuation orders for 10,000 homes and businesses.

The fire started early Monday near The Getty Center and has moved westward through canyon and ridgeline neighborhoods, burning some homes.

The museum says its artworks are protected by state-of-the-art technology and that the "safest place for the art and library collections is inside."

The Getty Villa separate museum on an ocean-view bluff overlooking Santa Monica Bay is also said to be safe.

Classes have been canceled at the University of California, Los Angeles because of the wildfire raging in the city that has prompted evacuation orders for 10,000 homes and businesses.

UCLA said in a statement Monday that the fire poses no threat to the campus but that many UCLA community members live in evacuation areas or could face difficulties commuting because of road closures.

The fire started at about 1:30 a.m. on the west side of Interstate 405 in the Sepulveda Pass that passes through the Santa Monica Mountains and has moved west. UCLA's campus is on the eastern side of the highway.

Classes in Northern California have been canceled for 40 school districts in Sonoma County north of San Francisco because of a large wildfire.

Classes are also canceled at the University of California, Berkeley, because of pre-emptive power outages aimed at preventing utility infrastructure from sparking fires.

Los Angeles Mayor Eric Garcetti says some homes have burned in a wildfire on the city's west side but so far there have not been extensive losses.

A Southern California fire has grown to more than 250 acres and around 3,300 homes are under mandatory evacuation orders.

Scott says the 405 remains open and the Getty is not currently threatened by the fire, which is moving west. He said the greatest threat at the moment was to Mountain Gate and the Mandeville Canyon and Bundy areas in western LA County.

No injuries have been reported at this time. Around 500 firefighters are grappling with the fire.

The Los Angeles Fire Department is ordering mandatory evacuations after a fire erupted on a hillside near the Getty Center museum.

Although the Getty Center is nearby, officials say the facility was built with thick walls and doors to compartmentalize any flames.

Mount Saint Mary's University tweeted that its Chalon campus near the Getty has been evacuated under orders from the LAFD. Students were taken to its Doheny campus.

The blaze comes as the Tick Fire near Santa Clarita was 70% contained as of Sunday night. Up north, crews are grappling with a wildfire in Sonoma County that officials say covers nearly 54,300 acres.

A fire has erupted on a hillside near the Getty Center museum in Southern California.

KABC-TV reports that the freeway has since been closed.

The cause of the fire and its size was not immediately known.

The Los Angeles Times reports the Santa Ana winds began to pick back up Sunday night and were expected to last through Monday, increasing fire risks.

The blaze comes as the Tick Fire near Santa Clarita was 70% contained as of Sunday night. Up north, a crews are grappling with a wildfire in Sonoma County that officials say was nearly 54,300 acres.

The only way out? Scientists say we need to burn our forests more.