The California FAIR Plan is expensive and outdated. It's also tens of thousands of homeowners' only resort for fire insurance. 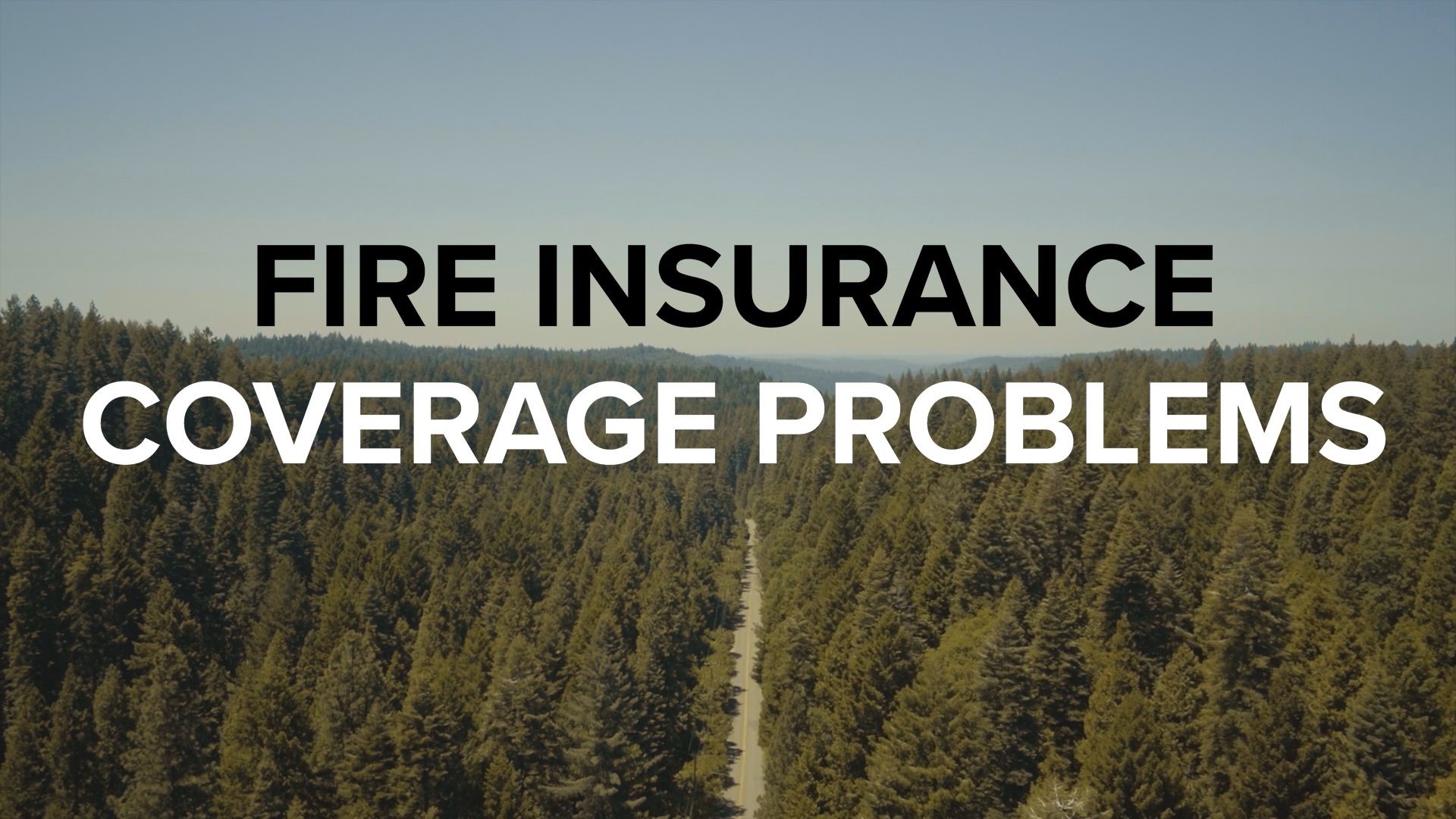 SACRAMENTO, Calif. — As tens of thousands of Californians are losing their homeowners insurance, the state’s Insurance Commissioner Ricardo Lara wants to improve their option of last resort: the FAIR Plan.

He has made that clear at three town hall meetings, as he visits high-fire-risk counties statewide. ABC10 has covered his meetings, all in Northern California so far, as he hears from homeowners who are losing their insurance. Insurance companies are dropping coverage or sharply raising rates following back-to-back years of record-setting wildfires.

In the wake of that deadly destruction, tens of thousands of California homeowners are getting "the letter" — notice that their insurance company is not renewing their homeowners policy.

People with mortgages are required to have homeowners insurance, and people who fully own their home still want protection, especially as we enter the height of wildfire season.

That’s where the California Fair Access to Insurance Requirements (FAIR) Plan comes in.

Created more than 50 years ago in response to brush fires and riots in the '60s, the FAIR Plan is an insurance pool established to assure the availability of basic property insurance to Californians. There's no taxpayer money involved — it's just required by the state to provide fire coverage to people who can't get insurance from other sources.

It's called a plan of last resort, but for many homeowners it's now the only resort— and it's more expensive and it only covers fire. People who used to get all of their homeowners insurance through Company X — and then Company X decides to not renew their policy—now may have to buy expensive fire insurance through the FAIR Plan and all their other coverage through a secondary source. All that adds up.

What is the state doing about this outdated and expensive FAIR Plan?

California Insurance Commissioner Ricardo Lara has asked that the FAIR Plan coverage limit be increased from $1.5 million to $3 million, which the FAIR Plan has agreed to do. That could happen by spring of 2020.

Lara also requested the FAIR Plan offer homeowners more comprehensive coverage. No word on when and whether that will happen.

Joel Laucher is a special consultant to the California Department of Insurance (CDI).

Speaking to the California Assembly Committee on Insurance last month, Laucher told Assembly Members (starting at 40:10) that "non-renewal is generally expected to get worse in 2019 and beyond...A few insurers already have informed the department that they plan to non-renew thousands of homeowners policies across the state in geographical areas, both rural and urban, due to wildfire risk, so there are more non-renewals ahead.”

However, non-renewals are only part of the story, Laucher told the Committee. In recent years, insurance companies have been filing with the state for premium hikes in record numbers.

“In 2015, we received 25 filings for rate increases for homeowners policies. In 2016, it was 34. In 2017, it was 50. In 2018, it was 69,” Laucher said. “Just through July, in 2019, we’re already at 63. We really don’t have that many insurer groups writing homeowners insurance in California, so what that tells you is these same insurers are coming in for multiple rate increases, so layering one on top of the next, and the bulk of each of those rate increases can fall heavily on a small subset of that insurer’s risk population, essentially those in the high wildfire areas.”

These companies, he said, are reacting to “possibly the worst homeowners loss ratios of all time.”

“Thus far, the California Department of Insurance has been approving more than 90% of the request increases, as the insurers have demonstrated that their requests have been actuarially sound,” Laucher said.

For homeowners facing these premium hikes, he said, “their situation turned upside-down in just a very few years and they need help.”

Current law requires insurers to give customers a 45-day notice of cancellation. Laucher said he’d like to see that extended to 180 days.

Assembly Member Tom Daly (D-Anaheim) introduced legislation AB 1816 that would require a 75-day notification. It has passed through the Senate and Assembly and is heading to Gov. Gavin Newsom’s desk for signature.

The CDI has information on the FAIR Plan and other tips for homeowners facing non-renewals are sharply increased premium costs HERE.