According to the Cal Fire Tuolumne-Calaveras Unit, the fire remained at 160 acres and is 70% contained. 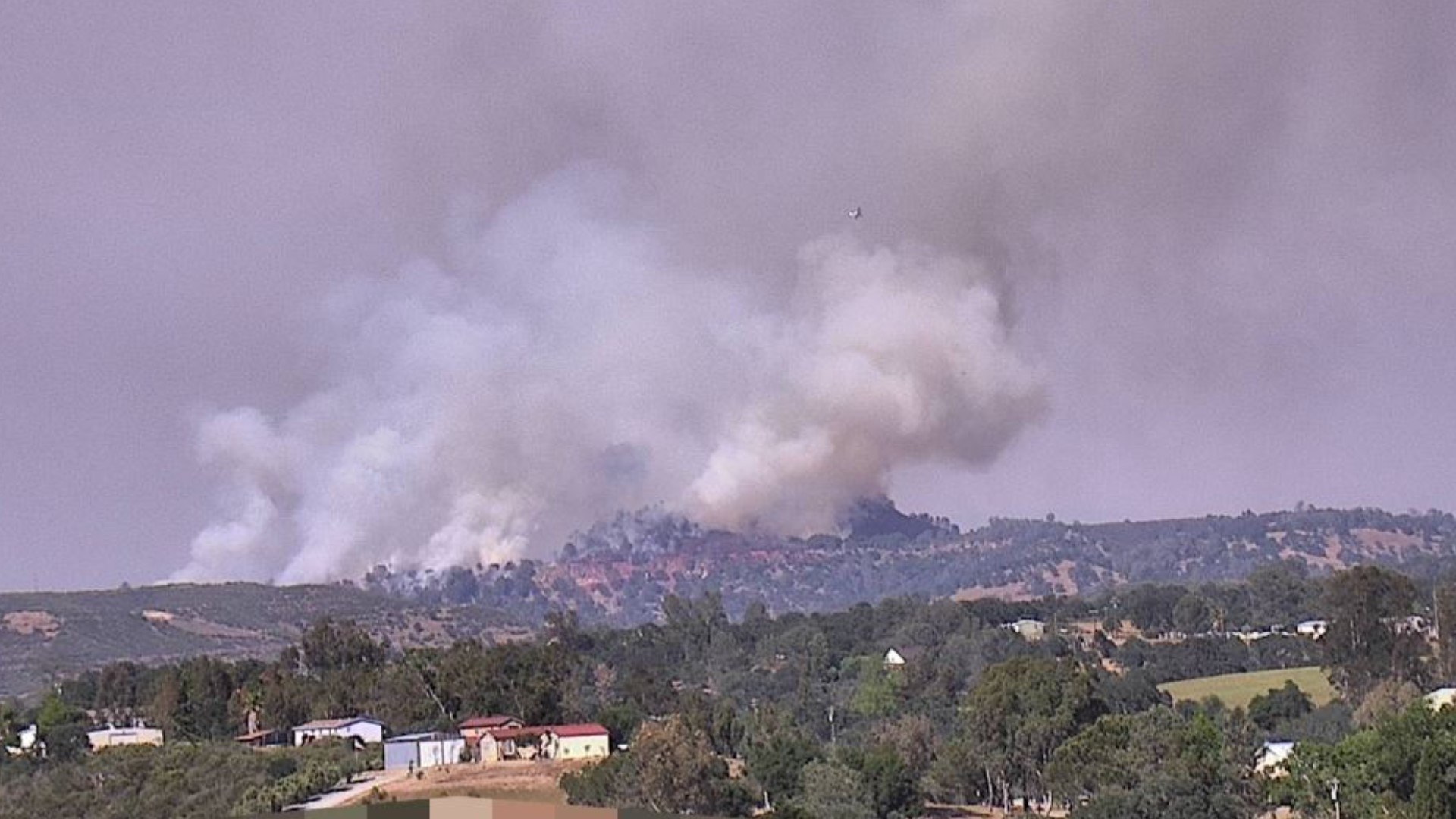 The containment for the Camp Fire increased to 70% without any growth despite winds increasing during the late afternoon, Cal Fire officials said.

Fire officials said firefighters will continue to combat the flames throughout the night. They also said they will continue providing updates on Sunday morning.

The Campo Fire remains at 160 acres, but firefighters increased containment up to at least 55%, according to Cal Fire officials.

Cal Fire officials have not said how long it would them to put out the flames but that firefighters will be continuing to try to contain the fire throughout the day.

The Campo Fire is now 40% contained and remains at 160 acres, according to Cal Fire.

Cal Fire officials have not said how long it would take for the flames to be completely extinguished.

Cal Fire has provided an update on Friday morning on the Campo Fire in Calaveras County.

The fire spread little overnight, adding ten acres to its burn area. It has now reached 160 acres. However, the fire is now 15% contained.

Cal Fire does not yet have an estimated time for when the fire might be completely extinguished.

According to a Facebook post from the Cal Fire Tuolumne-Calaveras Unit, the fire remains at 150 acres and is 0% contained.

The Calaveras County Sheriff's Office has downgraded the mandatory evacuation for areas near Loera Road and the nearby areas of Watertown and Paloma Roads to evacuation warnings.

Crews are still working on extinguishing the Campo Wildland Fire, which has grown to 150 acres.

The temporary evacuation center at Calaveras High School will remain open until 8 p.m.

Evacuations have been ordered as Cal Fire crews work with other agencies to try to extinguish a 150-acre wildland fire that sparked in Calaveras County Thursday.

According to a Facebook post from the Calaveras County Office of Emergency Services, the fire is in the area of Buckboard Lane and Campo Seco Road.

Officials have ordered people to evacuate in the area of Loera Hills Road potions of Watertown Road and parts of Paloma Road due to what they have named the Campo Wildland Fire, according to a release from the Calaveras County Sheriff's Department.

"If you are asked to evacuate by law enforcement, DON'T wait!" warned emergency services.

"Numerous ground resources are engaging with the fire, with additional resources coming to the area," Calaveras County Office of Emergency Services said in the Facebook post.

Officials ask that people avoid the area while crews work to put out the wildland fire.

This is a developing story. More details will be added as they become available.

California representative Josh Harder explains what he's working to do to help with California's drought.