On Wildfire Preparedness Week, Cal Fire says now is the time to create defensible space around your home, pack a go-bag and have an evacuation plan ready. 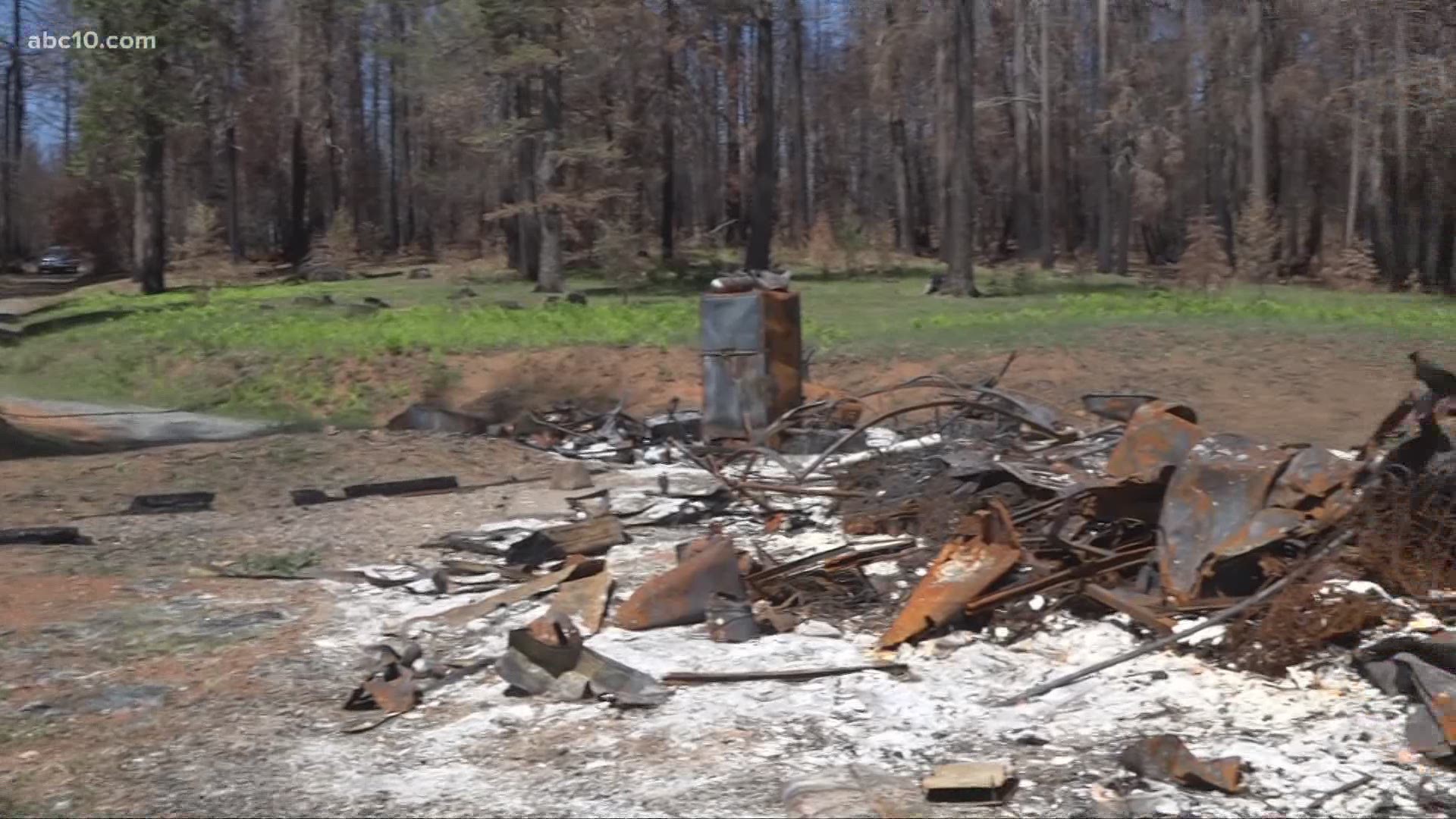 BUTTE COUNTY, Calif. — Ahead of a wildfire season that Cal Fire worries could be on par with 2020's record-breaking devastation, or worse with drought conditions, officials are now sounding the alarm.

It's something many Butte County families are still cleaning up from.

"We're really grieving, it's like a piece of us is gone," Angela Pletcher, a North Complex Fire survivor said.

ABC10 first introduced you to Pletcher in September 2020 after her family lost a piece of its history that's been around for more than 100 years.

"It's like losing a family member. Our cabin has been our happy home. It's where everything has happened, all of our Thanksgivings, our New Years," she said.

The smoke and flames subsided but the pile of what's left of their home is still there as the Pletcher family waits to rebuild. Now, on Wildfire Preparedness Week, in the same community, Cal Fire is warning this could happen to you, too.

"Every single acre in California can and will burn someday and it just depends on what day that's going to be, where it's going to be, and whether you're in its sights. Be prepared," Thom Porter, the Director of Cal Fire and state fire Chief said.

Porter says now is the time to start creating defensible space around your home.

The Forest Service says the best time to do that is early in the morning or late in the evening when typically the temperatures are cooler and the humidity is higher.

"What that does is that limits the risk of possible ignition. So what we're starting to see already, unfortunately this year, is a number of fires over the last couple of weeks being started by folks trying to do their hazard reduction," Brian Rhodes, the U.S. Forest Service Deputy Fire Director said.

And they say conditions are ripe for sparking a fire as the state enters into a possible drought, snowpack conditions are low, and not much moisture is expected over the coming months.

"Places that normally don't burn or don't burn well, because of the drought, they have the potential to burn this year. There's no place in California really anymore that isn't immune to wildfire," Rhodes said. "Wildfires aren't a matter of if, it's a matter of when."

Cal Fire does have more tips on how you can create a defensible space around your home and how to safely evacuate in these times of emergencies, just click here for more information.