The fire started in an area of Sheldon Road and E. Stockton Boulevard, according to the Cosumnes Fire Department. 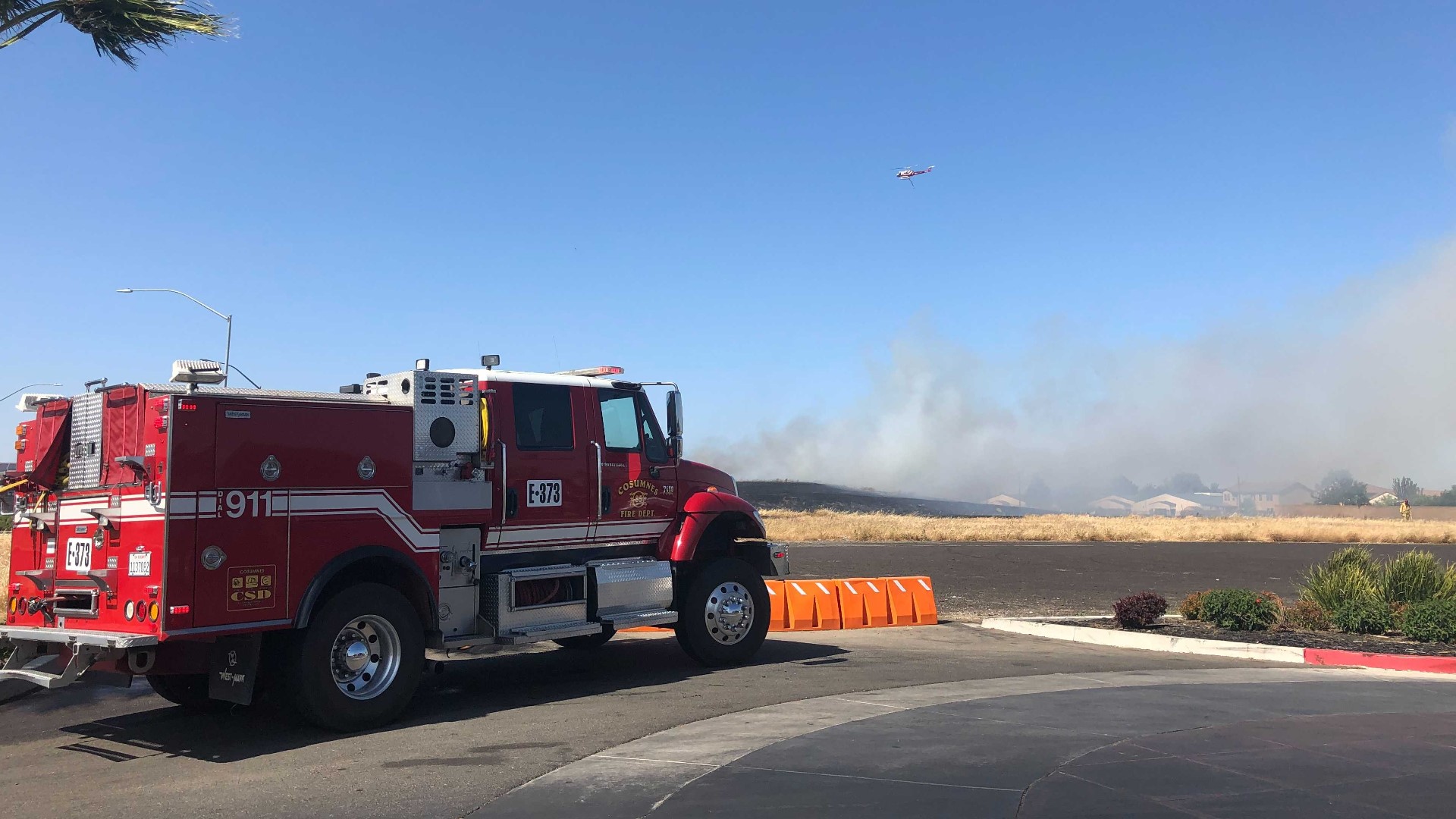 ELK GROVE, Calif. — An arson suspect was arrested soon after firefighters stopped forward progress on a grass fire that sparked in Elk Grove on Monday, the Cosumnes Fire Department said.

The fire started just off Highway 99, in the area of Sheldon Road and E Stockton Boulevard, according to a tweet from the Cosumnes Fire Department.

Officials said that the fire grew to at least three acres in size. Forward progress on the fire was stopped around 4:30 p.m., and authorities said the threat to homes had been mitigated.

Just after 6 p.m., fire officials said, “a suspect was identified by witnesses at the scene and has been detained.” Authorities identified the suspect as 28-year-old John Gomez of Sacramento. Gomez was arrested for arson and booked into the Sacramento County Main Jail.

There were no reported injuries. Personnel estimate the size of the fire at 16 acres. A suspect was identified by witnesses at the scene and has been detained. Fire crews will check the area repeatedly for hot spots. pic.twitter.com/o2V6c6TL3R

According to Cal Fire, 2020 was one of the most severe fire seasons on record as 9,917 wildfires burned 4.2 million acres. Over 9,000 structures were destroyed and 31 people (civilians and firefighters) were killed.

Some counties use Nixle alerts to update residents on severe weather, wildfires and other news. To sign up, visit www.nixle.com or text your zip code to 888777 to start receiving alerts.

PG&E customers can also subscribe to alerts via text, email or phone call. If you're a PG&E customer, visit the Profile & Alerts section of your account to register.

The Sacramento Fire Department says that the fire would have easily been put out if there wasn't any wind.