Shawnisty Early was afraid her parents are among the dead from the Bear Fire after the coroner's officials said they found two people killed in the same location. 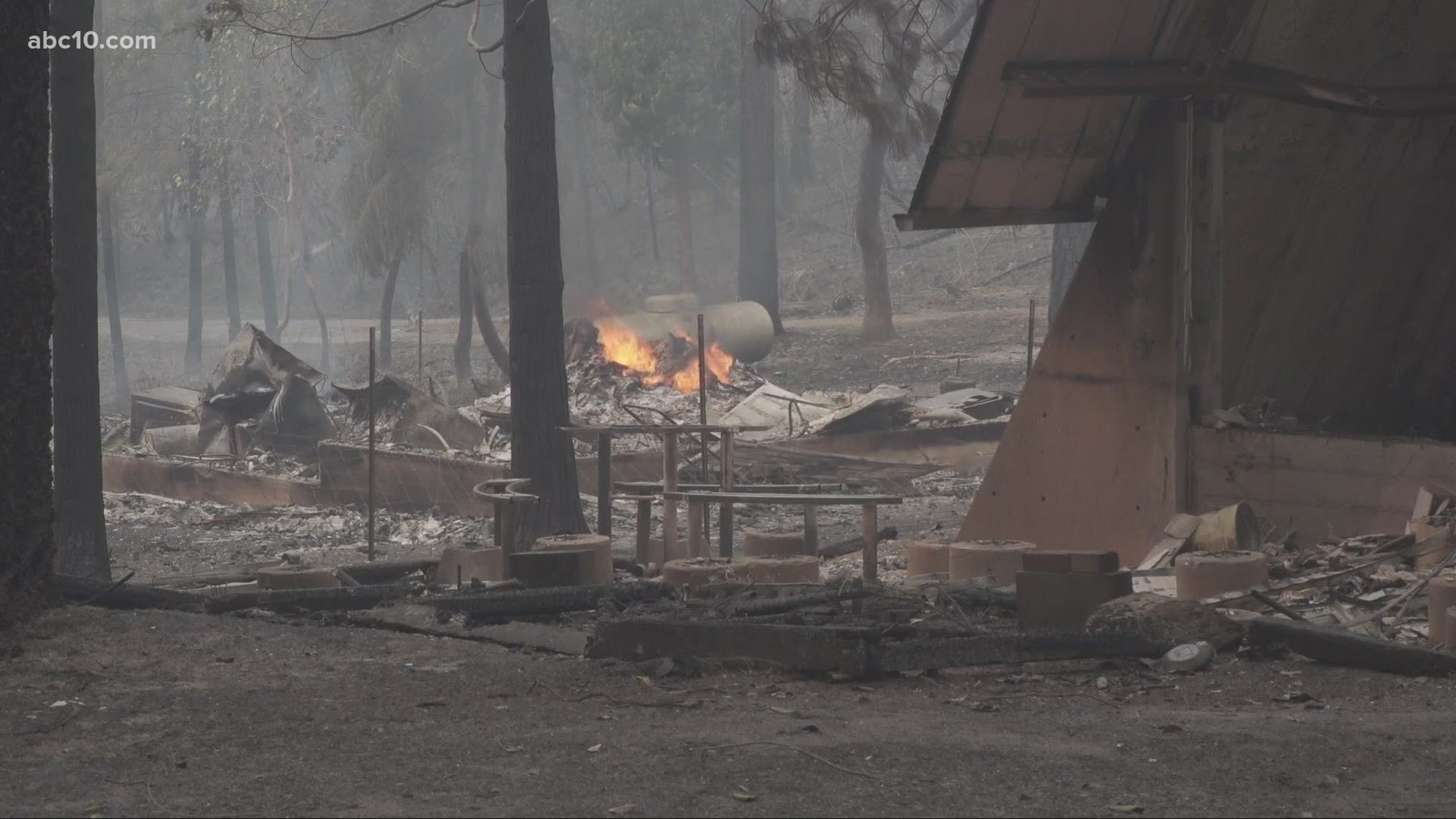 Shawnisty's parents, Debbie and Jerry Early, have been found safe after being reported missing for 48 hours in the North Complex fires.

The couple arrived at the property manager's office to use the phone to let their daughter know they escaped from the fire in their car. They have been staying at the Colusa Casino.

Debbie and Jerry learned they lost their parents' ashes, their three cats, and a dog.

There is nothing left of the Berry Creek community houses except for brick foundations and burned cars. Many residents have no idea what is left of their homes.

Shawnisty Early saw her parents' home, which was destroyed by the Bear Fire, for the first time while speaking to an ABC10 reporter on FaceTime. What is left of the two-bedroom house is just ash and debris.

Early reported her parents missing after not hearing from them when Berry Creek was forced to evacuate.

"I've called every evacuation center," Early said. "I called every motel, hotel in the Chico area, in the Oroville area. Red Cross reached out to me -- they already started a case."

Early last spoke to her parents in 2018, after the Camp Fire nearly wiped out Paradise.

She said she called the coroner's office when news broke the Bear Fire killed three with two of those were found in the same place.

"Waiting for the remains to be identified that they found in the same location, and I pray to God it’s not my parents," Early said.

Early is finding comfort that her parents might have escaped in time after hearing from the coroner's office that their car was missing from the driveway.

The Bear Fire is part of the larger North Complex, which has burned more than 250,000 acres in Butte, Yuba, and Plumas counties. Officials said 2,000 structures were either damaged or destroyed in the fire perimeter of Butte County.