The Dixie Fire has burned 113,006 acres in Butte and Plumas counties and is 18% contained, according to Cal Fire's recent update. 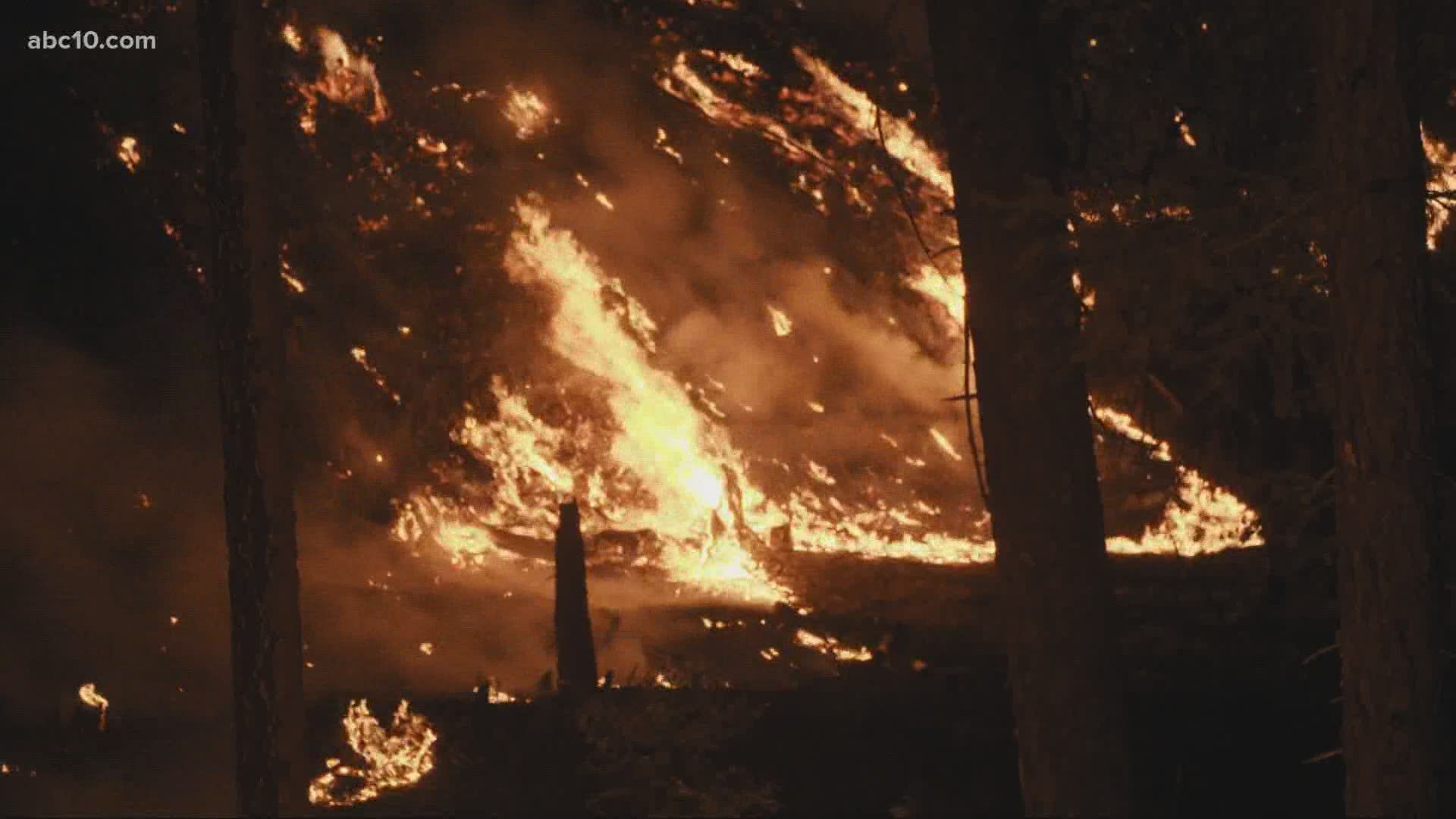 BUTTE COUNTY, Calif. — Editor's Note: The latest updates for the Dixie Fire can be found here.

The Dixie Fire has rapidly burned 113,006 acres and is only 18% contained, according to Cal Fire's Thursday evening update.

The fire burned to the west shore of Butte Lake, Cal Fire Operations Section Chief Mike Wink said. Crews were able to make direct access near the communities of Caribu and around Highway 70. A spot fire developed west of the community of Twain. Another blaze, the Fly Fire developed near Huff Mountain, Wink said.

Cal Fire's incident meteorologist said that the days and nights ahead will be very dry.

“I really wish I had better news to tell you, something good to put in the forecast but it looks like we really looking for a very critical next three days coming up," Rutherford said.

Cal Fire Fire Behavior Analyst Chris Waters said the fuels are as dry as they have ever been.

“We are going to continue to put all our resources to bear to get after this fire, but again the fire conditions we are facing are really unprecedented and at a historical level," Waters said.

Fire fighting resources in the air and on the ground have arrived to help fight the fire.  About 4,000 personnel are working the fire, Cal Fire announced.

More than 1,500 structures are threatened by the fire, and so far eight have been destroyed.

As evacuation orders force people to leave their homes, an evacuee shelter in Chester has reached capacity, according to the Plumas County Sheriff's Office. For evacuees, a shelter is available in Tehama County at 19725 Ridge Rd in Red Bluff and, for those in the Quincy area, there is a shelter at 59 Bell Lane.