Cal Fire said there are no plans to lift evacuations orders as fire crews continue to fight the fire. They also want fewer human-caused fires ahead of August. 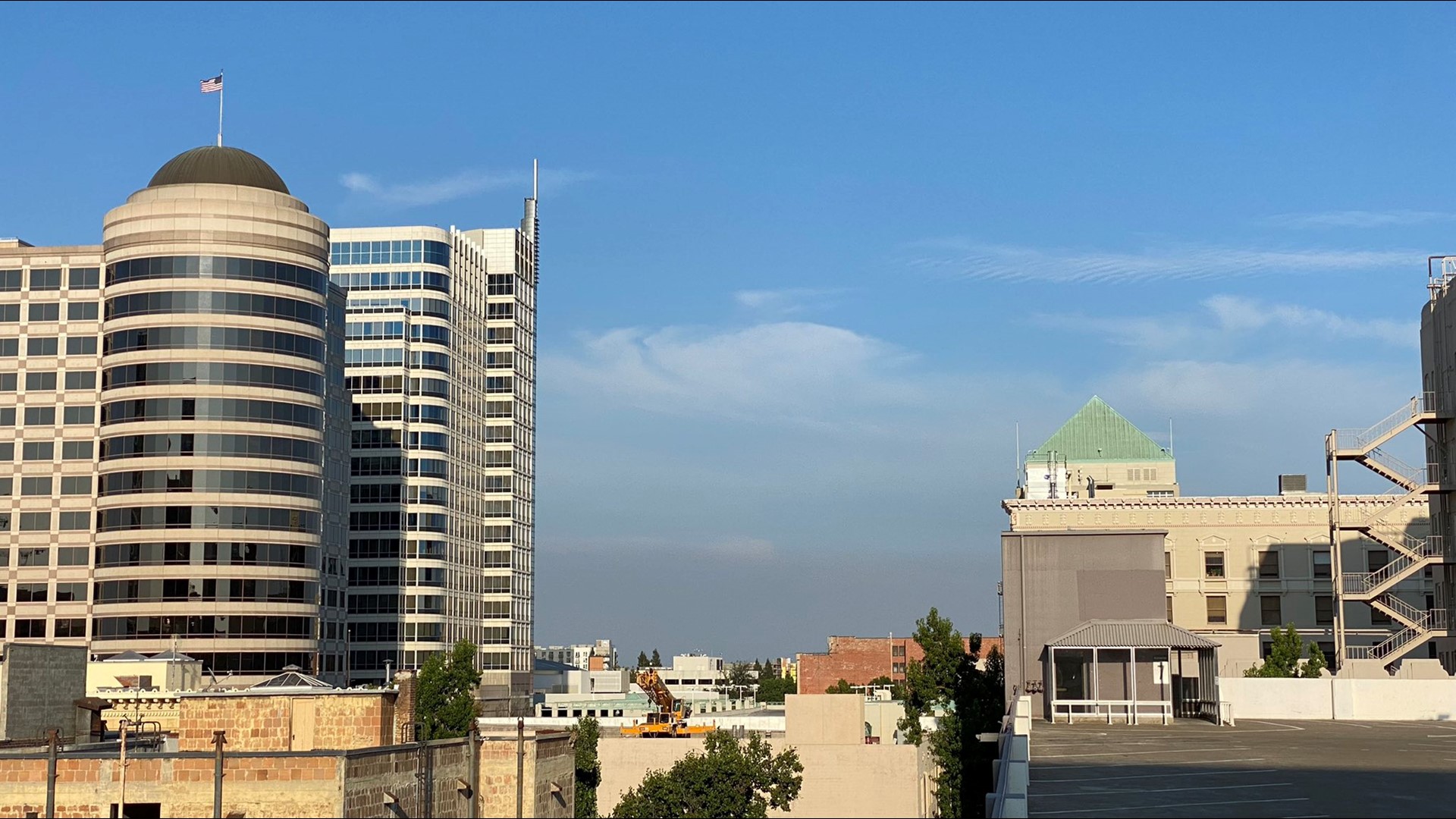 Smoke from the Dixie Fire made its way south Wednesday, affecting many areas in the Valley.

Fire crews are still battling smoky conditions and are holding fire on the west near Highway 70 corridor. 19 structures are in the line of fire, so a structure protection group is assigned to assist and protect them.

Plumas County Sheriff Chandler Paine said evacuations and warnings remain in place. Currently, the county has no estimate on when orders and evacuations will be lifted.

The weather is looking drier and warmer with increasing winds of 23-33 miles per hour out west and the southwest.

In the West Zone of the fire, crews said they made significant progress near Butte Meadows, connecting indirect dozer line to the main fire. In the East Zone, the perimeter west of Bucks Lake had strong containment lines along with quiet fire behavior. Bucks Lake has now been contained into the highway 70 corridor. North of Meadow Valley, crews expanded containment lines and also had a successful firing operation in Hambly Ravine.

Crews continue to work on Mount Hough Road to protect Quincy and nearby neighborhoods.

Firing operations are planned north of Meadow Valley along Mount Hough Road towards Spanish Creek and along Emigrant Road.

Hot and dry conditions are expected for the rest of the week, indicating an increase in fire activity. Fire crews are going to continue to lookout for spotting and other aggressive fire behavior.

Plumas County Sheriff's Office removed some of the evacuation warnings in the county. Click HERE for the updated list of evacuation orders and warnings.

As the Dixie Fire continues to burn, firefighting personnel are bringing in more equipment to fire fires.